Selena Gomez Declared That In Order To Devote More Time... 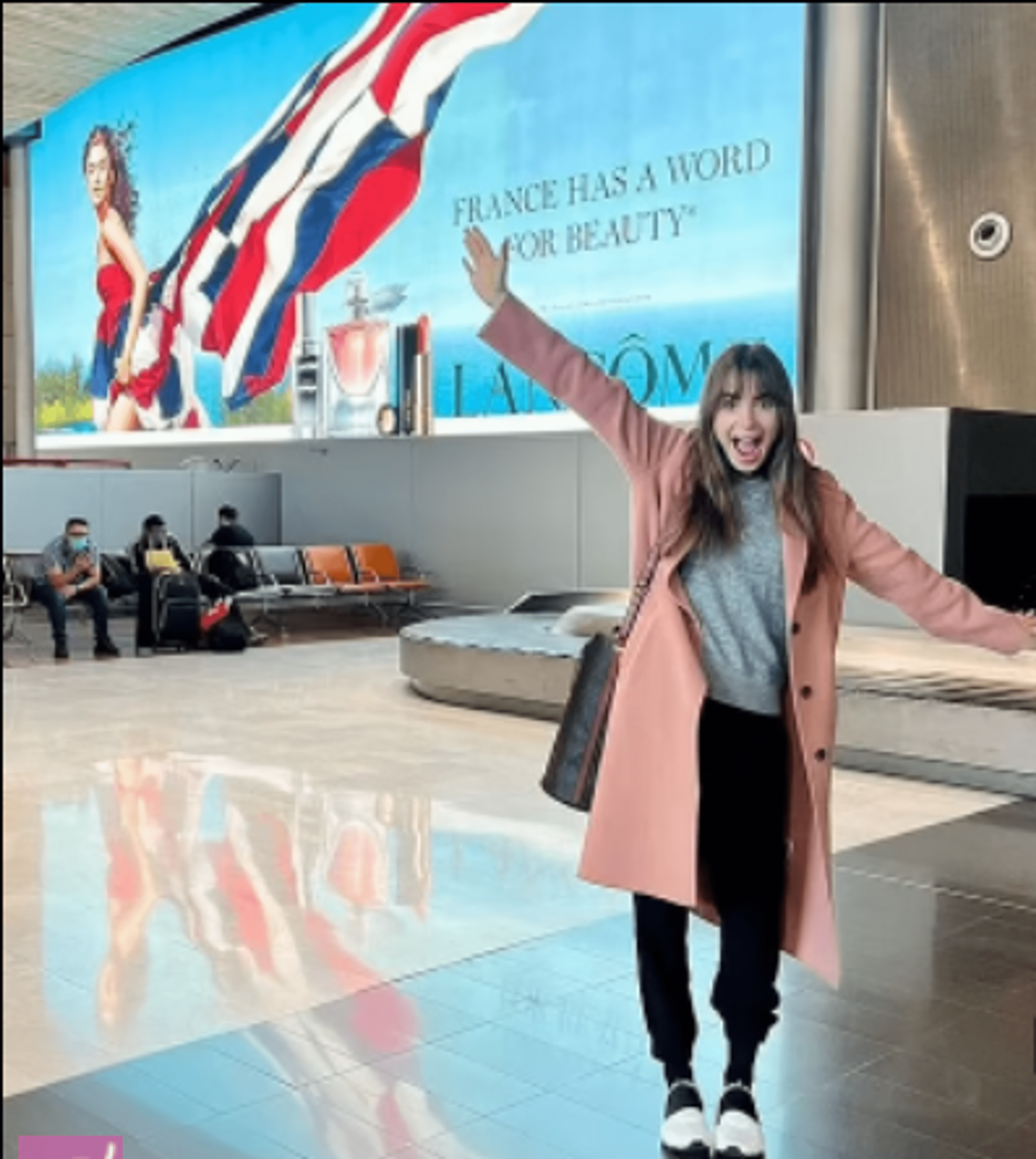 The actress shared her joy on social networks about the start of work on the continuation of the popular series.
Over the weekend, the Emily in Paris star posted several photos on her account, from which it follows that the actress returned to France to begin work on the third season of the show.

The 33-year-old actress celebrated her arrival in Paris with a cheerful photo at Charles de Gaulle Airport in front of a huge Lancôme billboard, in which she poses as the heroine of an advertising campaign. “Big surprise from Lancôme in Paris. Happy to be back in France,” the star captioned the post. Note that for the flight, Lily chose a gray jumper, a dusty rose cashmere coat, black sweatpants, and stylish Sorel sneakers.

Earlier in May, Lily already posted a photo with comments that she missed her colleagues from the project. The finale of the second season, “Emily in Paris,” left the audience with many questions about the development of relationships and careers of the main characters, and therefore the news about the renewal for the third and fourth seasons was enthusiastically received by the fans of the series.

The second season of the popular series “Emily in Paris” left fans in confusion: the main character – she was played by Lily Collins – was at a crossroads, and her whole future life will depend on Emily’s choice. Last night, Collins shared the good news on her Instagram: the creators of Emily in Paris have extended the project for two seasons at once. We assume that in the future, the wardrobe of the main character will become more interesting under the strict guidance of Patricia Field and finally shed light on who the heroine Lily Collins will ultimately choose – Alfie or Gabriel. It is not yet known when the producers will start filming.

The $36 Foundation Julia Roberts Wore at the Cannes Film Festival

The glamour of the Cannes Film Festival almost rivals that of the Met Gala. As all of Hollywood’s finest flock to Cannes, France,...

The announcement of the award to Vicente Fernández was marked by the words of the person in charge of delivering said award,...

7 Post-Treatment Essentials I Used After My First Laser

You never forget your first time, and when it came to my first laser skin-resurfacing treatment, that old adage holds true. I’ve done...

There’s the classic red lip, glowing skin and bold brows, but the biggest trend on tonight’s Grammys red carpet was the forever-glamorous winged...

Asia Thomas is the 1st Black Woman to Own a Subway Franchise in Duluth, Georgia

Asia Thomas, an entrepreneur and a single mother of three, owns and operates the first Subway franchise in Duluth, Ga. that is owned...

Circular Fashion Initiatives : nothing left behind

Megan Fox starred in a transparent mesh dress and lingerie

Dollar General Did Something No Company Should Ever Do. Here’s What Every Leader Can Learn