The press discusses the real relationship between Meghan Markle with...

Internet users were surprised that Adele is a little tired... 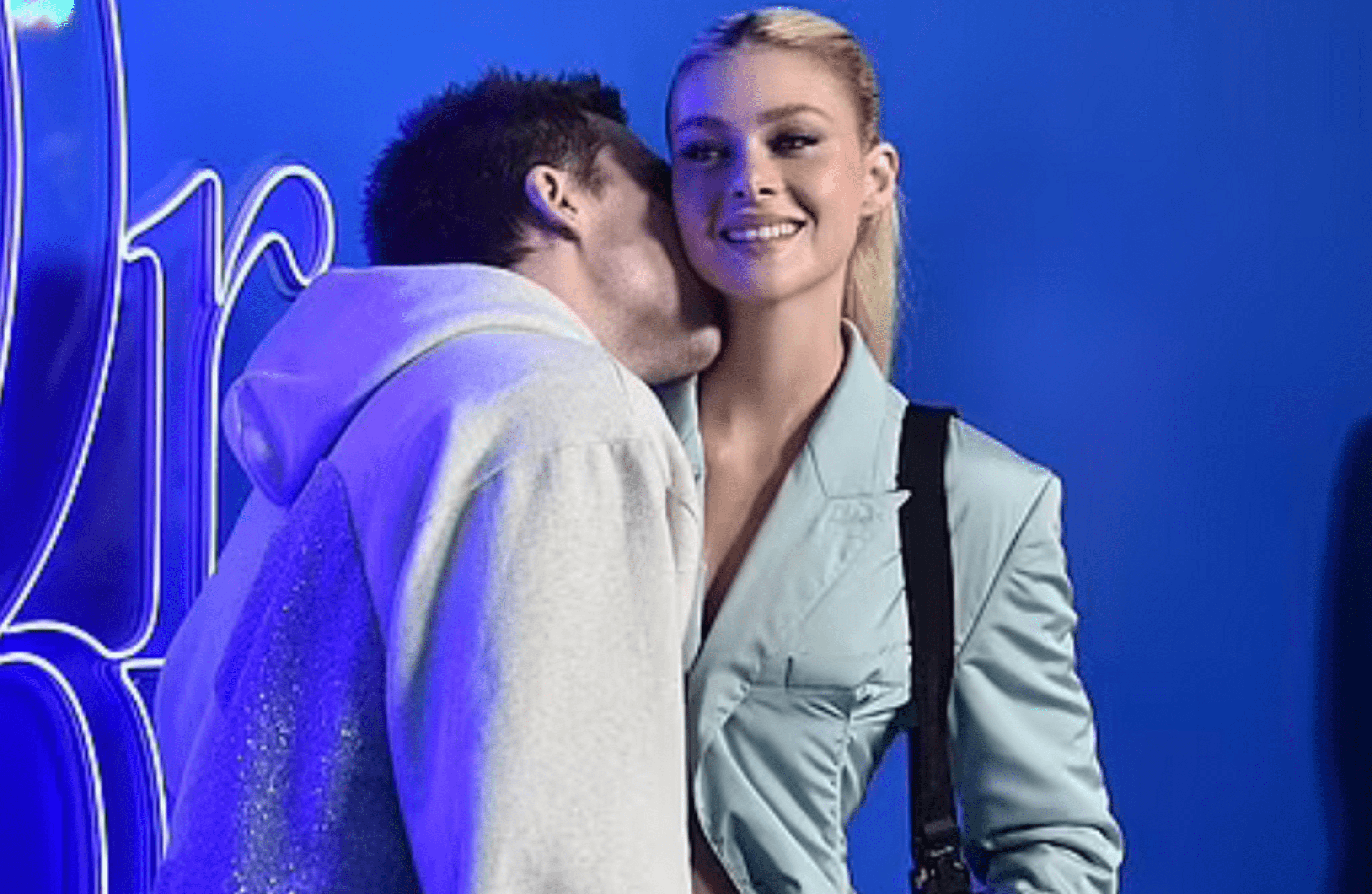 Newlyweds Beckham and Peltz made no secret of their feelings at the Dior cruise show
The eldest son of David and Victoria Beckham, 23-year-old Brooklyn, and his new wife Nicola Peltz came to the show of the Dior Resort 2023 collection, which took place on May 19 in Los Angeles.

Nicola Peltz appeared at the Dior cruise show in a sky blue suit. The girl put on a jacket on her naked body, unbuttoning a few bottom buttons. The image was complemented by makeup with an emphasis on the eyes and concise styling. In turn, Brooklyn Beckham was dressed in a sweatshirt and trousers.

The newlyweds did not hide their feelings in public. Brooklyn gently kissed Nicola on the neck, and secular photographers captured it on camera. Then, sitting in the front rows at a fashion show, the couple held hands.
Brooklyn Beckham and Nicola Peltz got married on April 9. The wedding took place at the girl’s family estate in Palm Springs, Florida, and cost the parents of the newlyweds $3.5 million.

27-year-old Nicola Peltz shared a photo with subscribers on her personal blog, in which she appeared in an embrace with her father, billionaire Nelson Peltz, and father-in-law David Beckham. The girl accompanied the picture with a warm congratulations to the father of her husband, who recently turned 47 years old. “Happy birthday,” Nicola signed, adding a heart emoji.

Camila Cabello on ‘Crazy’ Beauty Standards: ‘My Weight Is Gonna Go Up and Down’

Let’s be real: Most of us had a first-hand experience with weight fluctuation, especially during stay-at-home orders. But instead of being hard on...

Kylie Jenner explained how she lost 20 pounds after giving birth

Kylie Jenner said she continues to struggle with excess weight after the birth of her second child. However, this...

Kawaii fashion stands for “cute” in Japanese. When you think about it like that, it’s pretty easy to guess what Kawaii fashion looks...

Moda Operandi to Expand Into Beauty

The luxury e-commerce platform is set to launch a beauty vertical, and has appointed Jessica Matlin as its director of beauty. Matlin, who...

Winona Ryder about the relationship with her boyfriend

Behind the Brand with Vanessa Van Edwards