Local organizations work to fight food insecurity during the holiday...

How to Start a Blue Moon Estate Sales Franchise in... 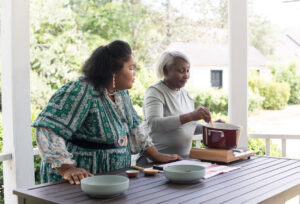 As America prepares to celebrate Juneteenth as an official federal holiday for the first time, the activists who pushed to make the day a holiday are sharing some tips on the best way to celebrate the occasion.

The newest federal holiday commemorates June 19, 1865, the day formerly enslaved people in Galveston, Texas, finally learned that they had been set free by the Emancipation Proclamation enacted at the end of the Civil War.

After decades of advocating to make Juneteenth a national holiday, President Joe Biden decided to make it a federal holiday in 2021, CNN reports. This year is the first time American workers will enjoy an extended weekend that includes Monday, June 20th because Juneteenth is a paid federal holiday.

But one can’t just celebrate Juneteenth like any other day. The history and significance behind the date are worth all Americans taking the time to recognize.

Activists who have been organizing celebrations for years are offering advice on how to best celebrate the holiday while also honoring or supporting the Black community. Deborah Evans, a spokesperson for the National Juneteenth Observance Foundation shared her hopes for Juneteenth to remain authentic and not commercialized.

“I’m hoping that I don’t look up one day and see Juneteenth sales like you see Fourth of July sales, but of course at some point in the future it could happen,” Evans told Time.

Cliff Robinson, who operates the Juneteenth.com website, says that people should think of Juneteenth as another Memorial Day when it comes to big corporations like Walmart, which faced backlash for selling pints of Juneteenth-themed red velvet ice cream, or The Children’s Museum of Indianapolis who was forced to apologize after being called out for selling a Juneteenth-themed watermelon salad in its cafeteria.

He suggests companies make a special effort to partner with Black entrepreneurs and companies for the holiday because Juneteenth “is all about healing and righting the wrongs that resulted from slavery.”

Steve Williams, president of the National Juneteenth Observance Foundation who advocated on Capitol Hill for Juneteenth to be made a national holiday, said proper Juneteenth celebrations should include readings of the “freedom documents”; the Emancipation Proclamation; the 13th Amendment, which abolished slavery; and General Order No. 3.

Renowned Juneteenth activist Opal Lee, 95, of Fort Worth, Texas, hopes Juneteenth becomes a day of service where people feel compelled to do one kind act for someone.

“I don’t mean we just come together and celebrate. We’ve got to look after each other,” Lee said.

“I don’t mean you’ve got to do something stupendous: Smile at somebody or watch the children while their mother goes to the store, or help an old lady like myself across the street.”

Sunscreens offer protection, but can leave white films behind. A ghastly residue is noticeable on any skin tone. Although, it’s especially obvious on...

Friendship is a beautiful thing but sometimes it can take a different turn very...

The Duke and Duchess of Sussex will follow a service at St Paul's Cathedral to celebrate Her Majesty's Platinum Jubilee. This is noted...

Kate Walsh on Body Oil, Aging and Which of Her Characters Most Resembles Her

Kate Walsh has portrayed a slew of dynamic, interesting women on our screens for decades, including her roles in Emily in Paris, The...