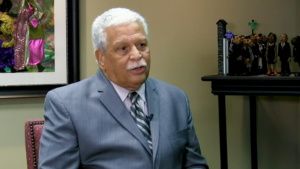 Banking institution founder, Alden McDonald Sr., recently spoke out against what he views as negative publicity that has made investments for Black borrowers in New Orleans East difficult.

McDonald Sr. founded New Orleans-based financial institution Liberty Bank, which has grown into the largest Black-owned bank in the U.S. with more than $1 billion in assets and a presence in 11 states, according to Nola.com.

But McDonald Sr. believes, as of recently, that New Orleans East’s reputation has been tarnished and is viewed as a place not worthy of investment, he told Nola.com in an interview.

“When you look at history, the African American community has been slow in accumulating wealth over the years. I remember when New Orleans East was a mixed community. Then, a lot of the properties were sold, and people moved out. When you look at it today, we don’t even have a supermarket out here. So, there are a lot of disparities,” McDonald Sr. told the outlet.

McDonald Sr. also added that since many families in the area lack a lot of equity and capital of wealth when they go into business, they face many challenges securing loans.

“We can make them a loan, but you can’t build a large business with just a loan.”

“It takes equity and investment, and it will take many years for these to multiply out,” he added in his interview.

McDonald Sr., 79, reportedly handed over his day-to-day operation duties as president of the financial institution to his son, Todd McDonald, but will continue advising on strategic initiatives and acquisitions as chairman of the bank’s holding company, Liberty Financial Holding Co.

“He was really running things before we gave him the presidency title,” McDonald Sr. stated to Nola.com.

“One of the things Todd has done is attract investment from large national banks like J.P. Morgan Chase, which invested $18 million with us, and other national banks who have formed partnerships with us and other minority-owned banks around the country to help us grow.”

Overall, McDonald Sr. will focus on addressing the challenges Black borrowers face to increase business and homeownership throughout New Orleans East and beyond.

Kim Kardashian continues to be embraced by the world of high fashion. This year alone the global sensation has starred in an advertising...

Stacey Woodson, a registered dietitian, food activist, and HBCU graduate from Philadelphia, Penn. has partnered with her 10-year-old daughter, Paige, to write and...

Ian Somerhalder on Bourbon, Farm Life With Nikki Reed and the Serum He Keeps With Him at All Times

Ian Somerhalder is, by all accounts, a star. So is his wife, Nikki Reed. Run the math and you end up with a...