The Executive Leadership Council Honors Target for Outstanding Commitment to...

Three Reasons Why It May Be Time To Buy Stocks...


Solid Power (SLDP) made its stock market debut in December of 2021 as the only publicly traded pure-play solid-state battery manufacturer for electric vehicles. However, the stock has declined more than 45% since due to its bleak financials amid an extended market correction. Given the rising demand for EVs worldwide, will SLDP be able to rebound soon? Read more below….

Solid Power, Inc. (SLDP) is a pure-play solid-state battery cell manufacturer. The company’s products have applications in electric vehicles. It went public through a reverse merger with blank check company Decarbonization Plus Acquisition Corporation III on December 9, 2021, raising $542.90 million in gross proceeds. As of December 9, 2021, SLDP is the only pure-play solid-state battery company to trade on the public markets.

Regarding this, SLDP Co-founder and CEO Doug Campbell said, “Solid Power has spent the last ten years developing all-solid-state battery technology that is designed to deliver the increased performance demanded by both automakers and consumers. We are excited to have completed our business combination with DCRC and we are looking forward to our future as the only pure-play solid-state company trading on the public markets.”

However, the company stated in a press release that its capital-light business model through vehicle integration is expected to occur in 2026. Shares of SLDP have slumped 45.8% since their Nasdaq listing. In addition, the stock plummeted 19.3% year-to-date and 8.3% over the past five days. The SLDP’s bleak financials and growth prospects and pessimistic broader market sentiment caused the stock to lose momentum since its public debut.

Here’s what could shape SLDP’s performance in the near term:

SLDP has an overall rating of D, which translates to Sell in our proprietary POWR Ratings system. The POWR Ratings are calculated considering 118 distinct factors, with each factor weighted to an optimal degree.

SLDP has a grade of D for Value and Quality. The stock’s stretched valuation compared to its peers justifies the Quality grade. In addition, the company’s trailing-12-month gross profit margin and ROTC are negative 3.64% and 7.4%, respectively, in sync with the Quality grade.

Of the 93 stocks in the Industrial – Equipment group, SLDP is ranked #75.

Beyond what I’ve stated above, view SLDP ratings for Growth, Momentum, Sentiment, and Stability here.

SLDP is an industry-leading developer of solid-state battery cells for EVs. However, given the global supply chain constraints and lithium supply shortage, SLDP’s operating expenses have increased substantially. As the adverse macroeconomic conditions persist, the company is expected to face severe production and cost headwinds in the near term. Thus, the stock is best avoided now.

How Does Solid Power (SLDP) Stack Up Against its Peers?

While SLDP has a D rating in our proprietary rating system, one might want to consider looking at its industry peers, Standex International Corporation (SXI), Preformed Line Products Company (PLPC), and Belden Inc. (BDC), which have an A (Strong Buy) rating.

About the Author: Aditi Ganguly 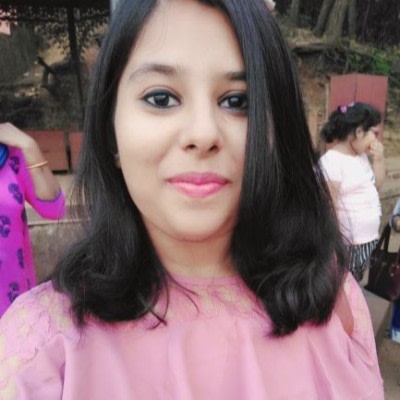 Aditi is an experienced content developer and financial writer who is passionate about helping investors understand the do’s and don’ts of investing. She has a keen interest in the stock market and has a fundamental approach when analyzing equities.

The post Should You Buy Solid Power on the Dip? appeared first on StockNews.com

During the heated altercation between Angelina Jolie and Brad Pitt ...

It was only a matter of time that the new Mrs. Affleck would be expanding her skin-care line to areas below the...

Ariana Grande launched into nostalgic memories on the eve of the famous...

How Kanye West has influenced music, fashion, and society