A BDSM-Inspired Collection Won at the Festival d’Hyères 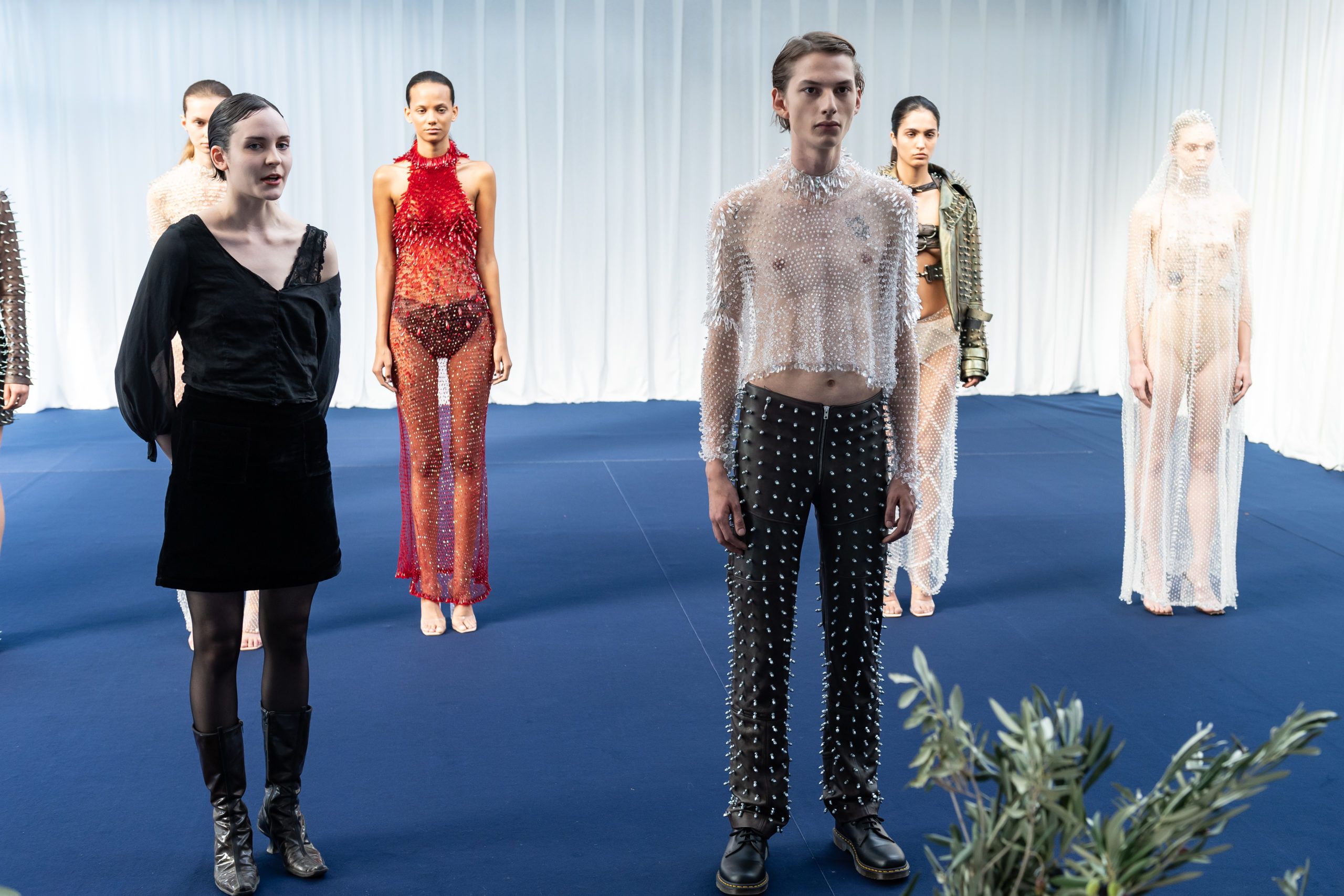 Finnish fashion designer Jenny Hytönen won the Grand Prix Première Vision at the 37th International Festival of Fashion, Photography and Accessories this weekend in Hyères, in the south of France.

Members of fashion jury presided by Glenn Martens, the creative director of Y/Project and Diesel, were impressed by Hytönen’s collection that united technical rigour and a personal point-of-view.

The accessories grand prize was awarded to Joshua Cannone, one of whose bags was shaped like a rat. An additional accessories prize sponsored by Hermes went to Lola Mossino and Indra Eudaric, who, like the fashion winner, showed sex-adjacent items–including a handcuff-inspired belt and a wire bustier encircling the nipples.

The Hyères festival supports young creatives in design and photography through grants for the prize winners as well as by sponsoring the production of the finalists’ collections in concert with sponsors including Chanel, Premiere Vision and Supima. The finalists receive face time with juries that mix star creatives and seasoned behind-the-scenes professionals. Previous winners include Paco Rabanne creative director Julien Dossena, Saint Laurent’s Anthony Vaccarello and the design duo behind Botter, Rushemy Botter and Lisa Herrebrugh.

Disclosure: The reporter of this story’s housing during the festival was provided by Villa Noailles, the architectural landmark and cultural centre that hosts the event.

During the pandemic many people learned the hard way that giving yourself or your loved ones a haircut with no experience is a...

It’s been suggested in the past that UV lamps used at the nail salon to cure acrylic or gel nails may not...

Although Kylie Jenner Dropped Hints, She Is Not Yet Ready To Reveal The Name Of Her 7-Month-Old Baby

Kylie Jenner recently dropped a huge hint, but she's still not yet...

Leave it to TikTok creators to introduce us to another thing we never knew we needed. When adding the next viral tumbler...