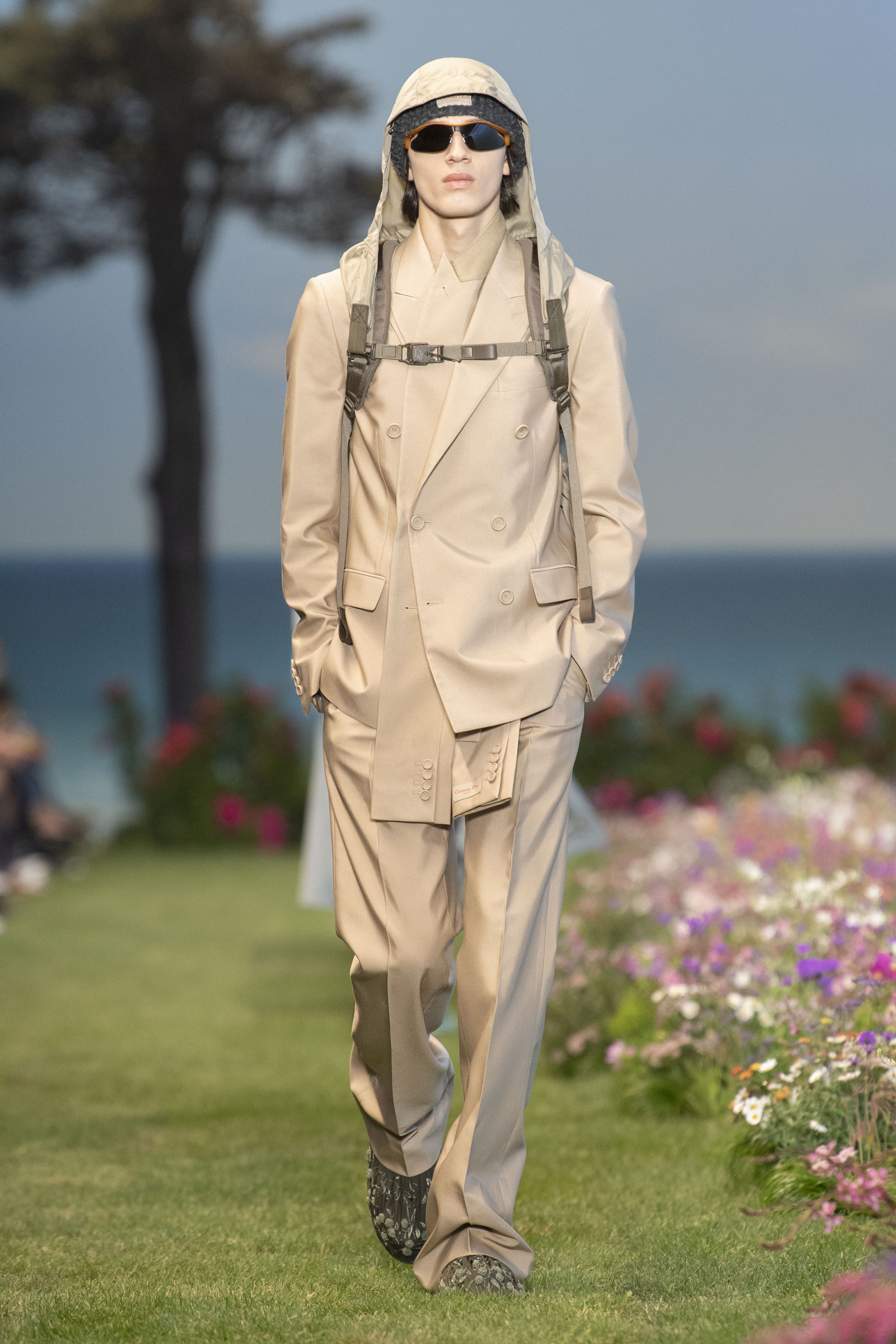 Dior transported its audience to a seaside garden between Normandy and Sussex on Friday for its latest menswear collection, aristo-chic with a utilitarian flair.

A-lister celebrities including supermodel Naomi Campbell, Hollywood couple Justin Timberlake and Jessica Biel, ex-soccer star David Beckham, and rival designers Olivier Rousteing of Balmain and Matthew Williams from Givenchy, sat on real grass, along with the rest of the guests, surrounded by wildflowers.

Dior menswear artistic director Kim Jones set up the runway in a makeshift space in central Paris for the show during Men’s Fashion Week. The catwalk was transformed into a lawn of purple, orange, and pink flowers, with a blue-sky painted panorama and a life-size reproduction of Christian Dior’s pink house in Normandy.

It was faced by a reproduction of a country house once frequented by the Bloomsbury Group, a British collective of writers, intellectuals and artists in the early 20th century that are often cited by Jones as an influence.

The first model kicked off the show in a monochromatic look that married a beige suit with very sporty backpack – illustrating Jones’ style of blending sharp tailoring with streetwear.

The artwork of Bloomsbury painter Duncan Grant was reproduced on knitted sweaters and technical fabrics.

More for style than sun protection, some models paraded with cannage hats, an openwork grid pattern favoured by Christian Dior that was also found on padded long coats in blue and khaki green.

This season’s menswear calendar features top fashion houses including Givenchy, Rick Owens and Kenzo. Louis Vuitton took the stage on Thursday, Hermès will be on Saturday, and Celine wraps up the week with the final show on Sunday.

The Dior Men artistic director invited Venice, California-based designer Eli Russell Linnetz to build a capsule nostalgic for the early 1990s, but helped him merchandise it for today.

Expectations for this year’s Singles’ Day were muted, to say the least.Continued Covid lockdowns, regulatory uncertainty in the technology sector, a real estate...

Do you need to find a slick look for a wedding outfit, sharp at work, or just want to learn how to dress...