Fast Fashion Upstarts Are Using Shein’s Own Strategies Against It 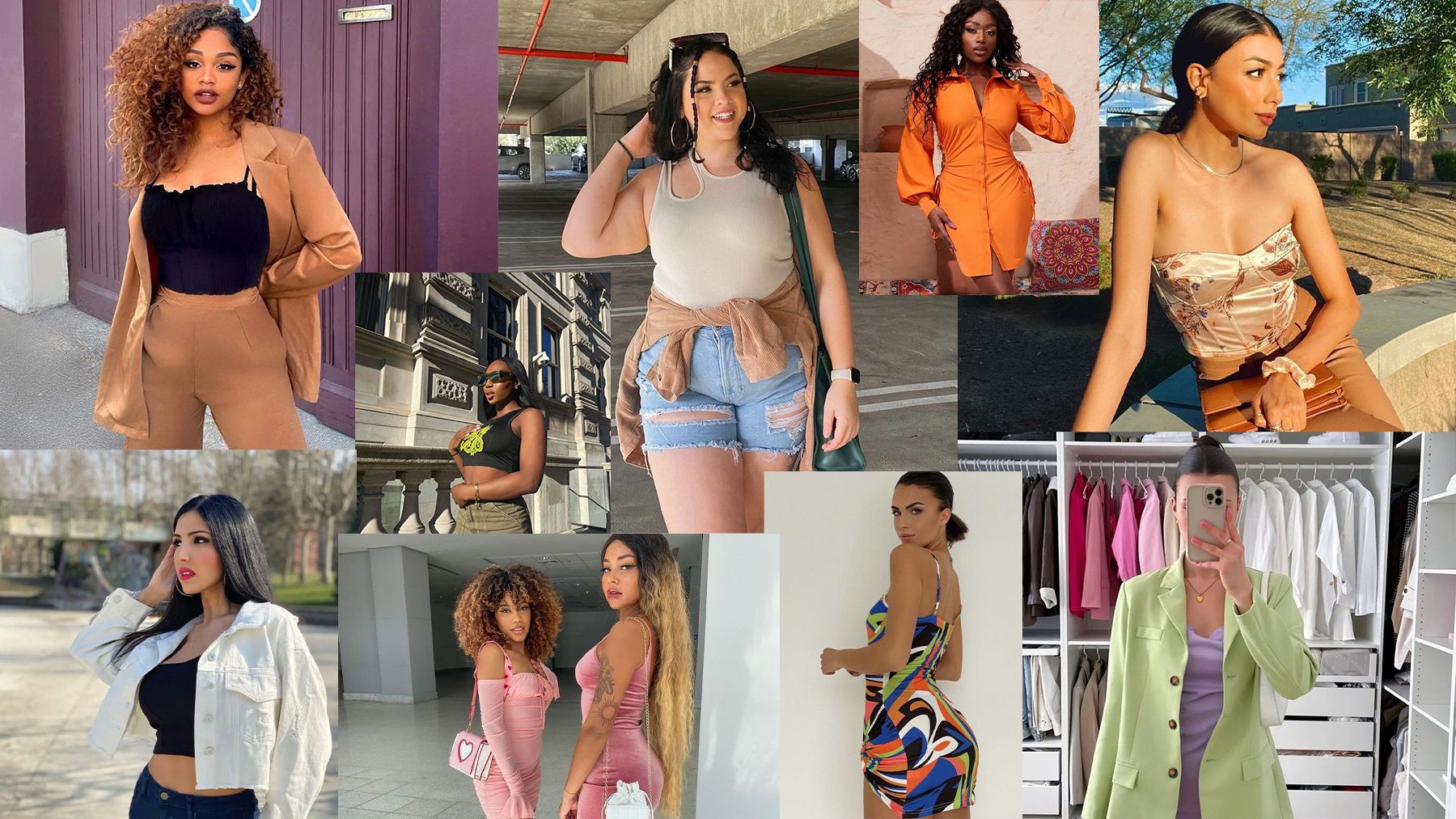 Loved by Gen-Z shoppers for its ultra-cheap throwaway fashion — and held up as a pariah by sustainability experts for exactly the same reason — Shein’s impact on global consumers over the past couple of years is indisputable.

Behind the scenes, the Chinese retailer’s influence on manufacturing has been just as seismic. Now, the breakneck supply chain pioneered by Shein is allowing a new swathe of brands to make the most of operating in the colossal retailer’s slipstream.

At least one — Temu, a new global offshoot of Chinese e-commerce heavyweight Pinduoduo Inc. — may present a genuine threat. Shein management see Temu as their most serious potential competitor, according to people familiar with the situation, who say the newcomer is actively headhunting its employees and targeting its suppliers.

Now that low-cost Chinese brands can sell directly to Western consumers online, “the supply chain and brands that plan to go overseas need to follow the standard.”

The new crop of rivals is just one of Shein’s many current headaches. Sales growth has tailed off as the pandemic recedes and new higher-end products are not cutting through with consumers. Worse, the super fast fashion business model that made the brand’s name has given rise to allegations of environmental damage and worker exploitation that may stand in the way of its IPO ambitions.

But in the Chinese manufacturing heartland of Guangdong, signs of Shein’s current dominance are everywhere.

On a recent evening in the village of Nancun, the alleyways were quiet except for the sound of children playing — and the looms in the garment workshops, which operate day and night in service of a start-up whose annual sales vaulted to $16 billion in 2021. Even as growth slows, that figure is on track to rise by about 50 percent this year, according to people familiar with the situation.

In downtown Guangzhou, logo makers namecheck Shein along with Nike and Champion as evidence that they serve the most important clients. Industry forums highlight Shein — valued at $100 billion, more than Hennes & Mauritz AB and Inditex SA’s Zara combined — as a model of expansion into overseas markets.

Shein’s impact on China’s textile business has been heightened because its rise began at an otherwise challenging time for the $700 billion sector. Industry profits have fallen in two of the past three years and the decline deepened to 17 percent in the first half of 2022. Global economic uncertainty, geopolitical tensions and a range of Covid-related disruptions have all weakened demand at home and abroad. Rising costs for labour and raw materials have also hit factories hard.

“Shein is a lifesaver to the apparel supply chain at least in Southern China in recent years,” said He Zhikang, assistant director of Guangdong Apparel and Accessories Association.

“It provides huge orders to factories that have been struggling with weak demand, and it inspires many local brands to eye overseas markets for a new growth engine.”

For decades, China’s textile workforce has provided low-cost, quick-turnaround garments to global brands like H&M and Zara. But the Shein has found ways to squeeze the system even further, using reams of consumer data to inform every move.

While Zara’s garments go from drawing board to shipping container in three weeks, the fast fashion behemoth demands a turnaround of just 10 days.

It also relies on contractors rather than investing in its own manufacturing facilities, ordering batches of as few as 50 pieces. It’s an approach that enables the brand to respond quickly to customer interest — or lack of it — in any given item, and to launch tens of thousands of pieces every day.

The company’s data collection goes way beyond sales trends, though. It monitors social media for viral looks that can be quickly copied, tracks users’ browsing history and keeps tabs on reviews and fashion events. A customer might see their favourite celebrity on TikTok in a puff-sleeve blouse or drop-shoulder dress, then within days be offered a near-identical style on Shein’s website, thanks to a powerful recommendations algorithm that analyses users’ profiles, online habits and historical data.

“There have always been disruptors in the fast fashion space, but what Shein brings to this is a bigger scale,” said Caroline Gulliver, an analyst at Stifel Financial Corp. in London.

“They’ve dominated the digital landscape in the US over the past couple of years. It’s reflective of where they’ve invested their marketing spend most aggressively.”

Now its small-batch strategy is seen as key to its success.

Apparel factories in Guangzhou told Bloomberg News that they often lose money on small orders from Shein, but the brand’s rich customer data help to improve decision-making about everything from raw materials and design to capacity and efficient production. In recent months, the brand has also sought to reframe small-batch production as a waste-minimising strategy that shows its sustainability credentials.

Suppliers have enjoyed explosive growth as a result of working with the brand. Two Guangdong manufacturers who work solely with Shein said their output had tripled since 2019, while one stallholder at Guangzhou’s enormous wholesale markets described how her annual sales had soared after she used Shein data to tailor her product range to Western tastes.

Now other e-commerce businesses are seeking to take advantage of the apparel retailer’s production model, although its sheer scale limits the opportunities for smaller companies.

“We’ve seen many young brands coming and quickly exiting the market in the past two years,” said fzthinking.com’s Ye. “Imagine if you sell a similar dress to Shein. How can you compete with it, since it has squeezed costs to the minimum and enjoys economies of scale?”

The risk for Shein comes from upstarts with deeper pockets.

In September, Pinduoduo launched Temu — a global online shopping platform that is already climbing the ranks in the US Apple Store. Pinduoduo operates one of the biggest players in China’s online shopping sphere, lowering costs by letting customers buy directly from manufacturers. The Shanghai-based, US-listed company has an annual active user base of 880 million and controls roughly 13 percent of Chinese online retail.

As yet unproven on the global stage, Temu is casting a wider net than Shein and stocks everything from groceries to pet supplies. But its range includes distinctly Shein-like products such as $7 tunic blouses and “stylish sunglasses” for 99 cents.

Temu has also been actively targeting the apparel giant’s Guangzhou suppliers as potential partners, according to people familiar with the situation, and attempting to lure employees from its supply chain department by offering to triple their compensation packages. Pinduoduo has a deep pool of resources to call on — both financially and in terms of skills such as supply chain management — that increases the risk it presents to Shein.

“We set out to provide consumers access to premium products from around the world by the best manufacturers at wholesale prices,” a Temu spokesperson said. “We believe this direct access will improve the online retail experience.”

Another potential threat is Urban Revivo, which overtook Fast Retailing Co.’s Uniqlo to become the No.1 women’s clothing brand on shopping platform Taobao in June. Urban Revivo is higher-end than Shein. But with its “fast fashion and affordable luxury” tagline and target audience of 18- to 35-year-olds in the US, Europe and Southeast Asia, the overlap is clear.

“We still need to take time catching up with the established online exporters,” the company said in an emailed statement. “But we have 16-year experiences in flexible supply chain and brand management to back us up.”

For now, there’s little sign that Western brands are copying Shein’s production model, which takes advantage of Guangdong’s tight network of wholesalers and workshops. Zara, for example, is focused on “near-shoring” its factories in locations like Morocco and Portugal, closer to its customer base. Shein, which declined to comment for this story, is also moving some of its manufacturing to other countries including Brazil, although China remains its main production hub.

As its universe of competitors expands, Shein’s environmental, social and governance practices present an ongoing threat to its success. A recent investigation into the poor conditions faced by factory employees is just the latest blow to the retailer’s reputation.

For Chinese suppliers, that’s less important than Shein’s sheer heft. One manager with the surname Chen, who oversees hundreds of workers, said his factory was too busy to work with anyone else.

“Shein is our sole client,” he said. “We’ll just follow its pace, and expand for it.”

As the Paris menswear season ended and couture week opened, we checked out four widely differing fashion visions to tap into the style...

by Jamal Asskoumi, Sponsored PostHave you ever had that “A-ha!” moment while watching a TV show or movie and thought, “Wouldn’t it be...

Celebrity drama is something people love to see. Since the world of social media...