‘We want to grow at our own pace and with... 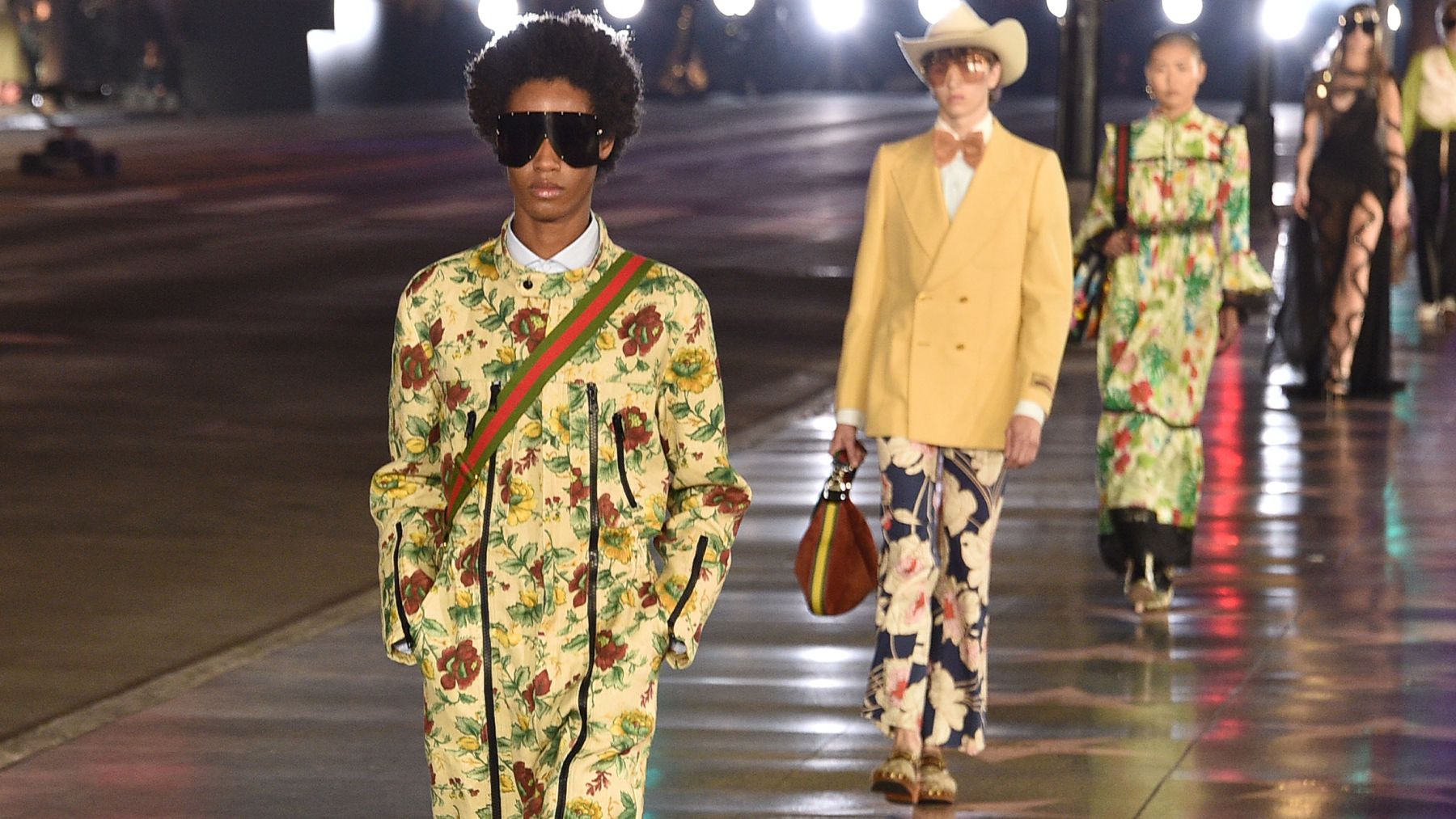 Earlier this month, Kering executives outlined to an audience of investors and analysts plans to grow Gucci’s annual sales to €15 billion. Menswear is key to meeting that goal: the company projects the category will make up a substantially larger portion of the brand’s sales. Gucci will have a more public stage to make the same pitch to buyers, editors and consumers in Milan this week. In a research note earlier this week, Bernstein observed that consumers who were once excited by Alessandro Michele’s reinvention of the label are now experiencing “brand fatigue from ‘more of the same.’” The new Gucci is still a work in progress; Kering did drop some hints at its capital markets day, with executives saying the brand’s future will include plenty of leather goods and ultra-expensive clothes targeted at under-30 customers.

Gucci isn’t the only brand showing this week that’s in transition. Louis Vuitton has yet to reveal its post-Virgil plans for menswear. That’s in part because the prolific Abloh had nearly completed his Fall/Winter 2022 collection before his death in November. It’s unclear what, if any, influence the late designer had on the clothes that will be shown this week, however. And it wouldn’t be surprising if a new designer is named soon; Off-White named Ibrahim Kamara as art and image director, and Abloh’s wife Shannon Abloh is chief executive of a new entity that will manage the designer’s legacy. Nike has dropped a few Abloh-designed sneakers, most recently in May, though it’s unclear how many unreleased pairs remain in the vault.

The Bottom Line: Speaking of reinventions, Hedi Slimane’s Celine has the closing slot in Paris on June 26, the brand’s first runway show in front of an audience since the pandemic.

It may come as a surprise to learn that NFT NYC held its first edition all the way back in 2019. After all, Jack Dorsey didn’t auction an NFT of his first tweet for $2.9 million until March 2021, while the Bored Ape Yacht Club only launched last April. Since then, the NFT market has gone through an entire boom-and-bust cycle. Dolce & Gabbana auctioned nine NFTs for nearly $6 million in October, and brands ranging from Gap to Gucci issued tokens of their own. Then came the crash — that Dorsey tweet received a top bid of just $277 when its owner attempted to resell it a few months ago (NFTs issued by fashion brands haven’t fared quite as poorly, though prices are down across the board).

Don’t expect too much doom and gloom talk at NFT NYC’s fashion panels. Despite the crypto crash, fashion brands have continued to explore ways to incorporate the technology, whether it’s virtual product drops or a new spin on loyalty programmes. Just last week, Tag Heuer announced a watch that will display the wearer’s NFTs. On the agenda for this week’s conference are talks ranging from “tactics to make your fashion NFTs crush it” to a fireside chat with Gucci executive Nicolas Oudinot.

The Bottom Line: The presence of fashion heavy hitters at NFT NYC is telling — crypto may have its ups and downs, but brands have little to lose by dabbling in the medium and plenty to gain if a stabler market emerges from the recent chaos.

After surging past $31,000, a scenario was last seen in March, renewed momentum seems to be ticking in the Bitcoin (BTC) market.  The leading...

Kosas has felt like a bit of a cultural reset in the makeup space. The products are formulated with skin-care nerds in mind...

Emily Ratajkowski has stated that maintaining a healthy diet is the key to keeping...