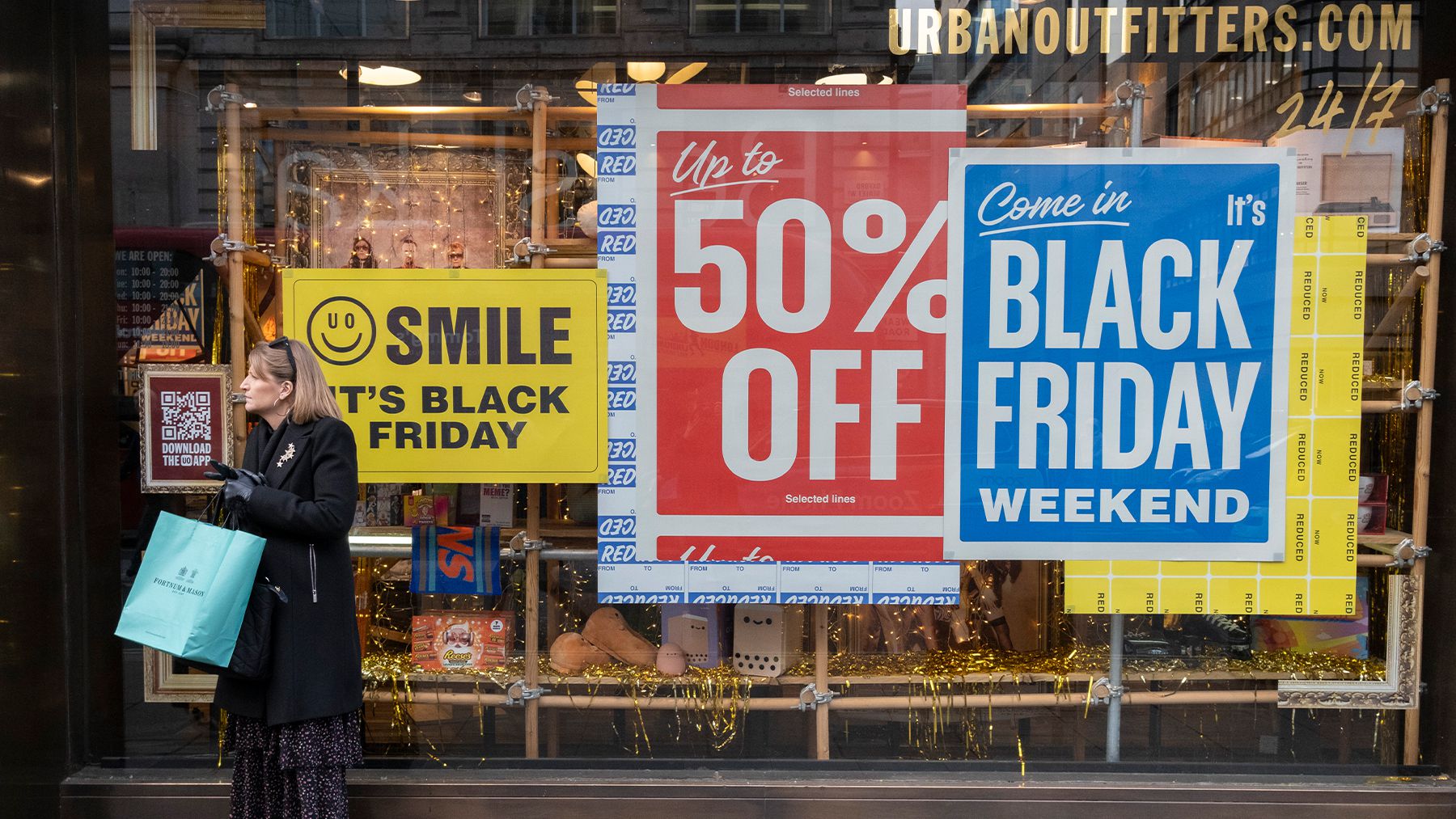 Discounts on apparel, footwear and accessories are at their deepest level in at least three years, averaging 49 percent, according to analysis from Edited, a retail intelligence firm. Overall, 58 percent of styles are on sale right now — up from 35 percent last year and 51 percent in 2019.

Retailers are opting to significantly mark down their products again after pulling back on promotions, and raising prices in the face of booming demand last year. Some had hoped the industry had turned a new leaf after a decade of year-round discounts.

That turned out not to be the case. Apparel companies including Nike, Gap, PVH Inc., Urban Outfitters and Nordstrom have all recently said they’re sitting on too much inventory after over-ordering products in response to the spike in consumer demand, plus supply chain issues.

Nike’s North America inventory levels were 65 percent higher year-over-year as of September, for instance. As a result, it has taken an “aggressive” approach to clear its excess products, the company said in its Sept. 30 earnings call. It will eat into the company’s margins, added CFO Matthew Friend, but the cost will be “far outweighed” by the benefit of making room for a more relevant offering. (Investors disagree – the company’s shares plunged 13 percent that day, the biggest one-day decline since 2001, according to Bloomberg.)

It’s unclear whether even deep discounts will convince consumers to buy all that extra merchandise. Consumers are expected to spend less this holiday season amid persistent inflation and anxiety over a possible recession. Last month, Adobe predicted that US online apparel sales will fall 7 percent from last year, despite overall retail sales growing. In Europe, where energy prices have skyrocketed heading into winter, the situation is even more pessimistic.

But there are still ways for retailers to make the most of what’s shaping up to be a bleak holiday season. Brands can be selective about which categories are marked down – leftover sweatpants likely need some help to move, but plenty of shoppers will pay full price for a new dress to wear to the office Christmas party. Retailers can look to cut costs elsewhere in the company, including corporate spending, to offset the impact of holiday sales on margins

Above all, retailers should do everything they can to make this winter’s discount bonanza a one-off event, rather than a return to form.

“What we don’t want to see is going back to a pre-pandemic mindset, when there was way too much inventory,” Ramirez said. “Prices had been the healthiest we’d seen in a really long time … so I think a priority is to get rid of inventory.”

What Goes on Sale?

Despite the dire forecasts, many consumers are still spending. Young and high-income consumers in particular say they expect to do plenty of shopping for the holidays, according to a recent McKinsey survey about holiday spending. Forty percent of all respondents, regardless of age group, said they’d “splurge for themselves or for others,” while 55 percent said they are excited about holiday shopping — up from 34 percent last year.

This means retailers should be “surgical” about what they put on sale, said Kelsey Robinson, senior partner at McKinsey. Promotions could be a means to an end, such as getting a first-time shopper to purchase again, incentivising a customer to buy in another category or simply generating loyalty among the entire base.

What this looks like in practice are private sales for loyalty programme members and personalised promotions, where one consumer may have access to a sale over another based on their shopping history.

This year’s fashion trends are also still in full force.

“Despite what’s going on with inflation or theories of a recession, there is this customer who’s very much of the now,” Ramirez said. ” So if there’s an event, a back-to-office type of thing, she’ll want to buy something glitzy and colourful.”

In contrast, more casual pieces in muted tones are not as high in demand, and therefore could be marked down.

Especially for brands who gained pricing power last year, when demand outstripped supply, marking down items may not be worth it just to clear the inventory because they risk diluting their brand power. An alternative to promotions is packing away the surplus inventory and selling them at full price next year.

“It’s no question there will be promotions, but it doesn’t mean they have to happen,” said Simeon Siegel, managing director, equity research at BMO Capital Markets.

Setting Up for Success

No matter how the sales pan out this year, it’s crucial for retailers to avoid repeating last year’s mistakes. Much of the unsellable goods right now were ordered many months earlier, when inflation was just ticking up and a recession seemed like a remote possibility.

“These lead times really lengthened during the pandemic because companies have made room for much longer supply chains,” said Sonia Lapinsky, managing director in the retail practice at AlixPartners. “They’ve got to get back to being more nimble.”

Retailers could cultivate relationships with factories that agree to reserve a certain capacity without knowing what products in particular will be manufactured. Versatile fabrics that can be coloured at the last minute can help avoid delays if certain raw materials are suddenly in short supply. Using digital tools in the design process is another way to avoid the back-and-forth exchange between designer and vendor.

While many retailers may choose to mark down their assortment this year as a temporary solution, they don’t necessarily have to accept lower profits. Companies can protect their margins by cutting costs elsewhere, such as renegotiating transportation rates, which have come down in recent months, Lapinsky said.

“All of the disruptions we saw in the pandemic are here to stay — the supply chain disruptions, labour shortages,” she added. “So instead of being surprised by the next disruption, be ready for it. Take the mindset of understanding the consumer and their path.”

Struggling online fashion retailer Asos Plc and its lenders are discussing whether to hire a restructuring expert following the departure of its chief financial officer.A...

Less than an hour from the bustling city of Tel Aviv, lies Caesarea, a luxurious port town built by Herod the Great in...

Warriors of Future, a multi-million-dollar Hong Kong sci-fi action movie by One Cool Group, seeks to be the first Asian blockbuster film to...

Cindy Crawford’s Kids and What they Do Now – Hollywood Life