In London, Raving with Raf Simons 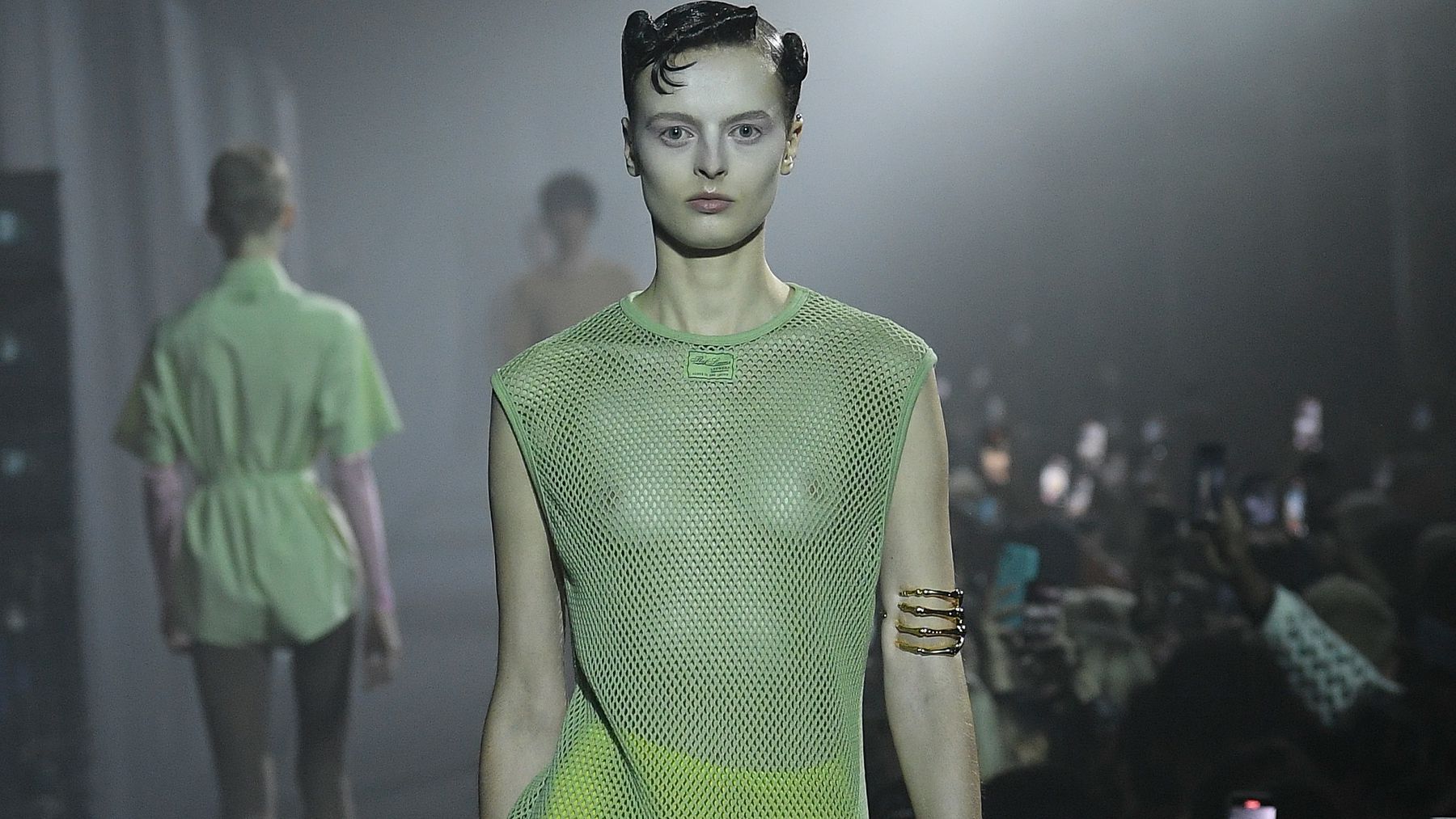 LONDON — Later tonight, a party to celebrate a new Marc Jacobs flagship is set to close what some have started to call “Frieze Fashion Week,” a lineup of fashion events timed to coincide with the buzzy Frieze Art Fair. Everyone from Roksanda and Alexander McQueen to Celine and Off-White got in on the action. And let’s not forget Loewe, Byredo, Miu Miu, Moncler and Boss.

On Wednesday, art-loving designers Raf Simons and Jonathan Anderson were spotted among the crowds entering the fair’s “VIP” preview, which, in truth, felt more like a supermarket of art. But if consumption was the subtext at the week’s central event, there was a very different vibe amongst the crowd trekking East to Simons’ show-cum-rave at Printworks, a gigantic printing press turned dance club in Surrey Quays, the following night.

Simons, who rescheduled his London Fashion Week show to Frieze Week after the Queen’s death, invited practically all of London’s creative community: designers, students, artists. It’s not the first time Simons has staged a more democratic, standing-only show. He has long been interested in dismantling the fashion industry’s traditional hierarchy. But the sheer volume of people pressed up against a super long bar turned catwalk at Printworks was uplifting to see.

For Simons and his brand’s chief executive Bianca Quets Luzi, the idea to show in London was sparked by their visit to Frieze last year. “We were so positively surprised to see the amazing good and young vibe in the city,” said Luzi. “After the long period of Covid that kept us all inside, seeing those young kids so fresh and free in the streets of London, gave us so much energy.”

The government was never going to stop London’s youth from holding illicit gatherings, especially after the “partygate” scandal revealed the Prime Minister himself to be a rule-breaker himself. And a sense of defiant freedom prevailed at the show last night.

Krikor throbbed seductively on the soundtrack as Simons showed a collection he described as his most minimal yet. Minimal indeed but with maximum energy. These were clothes meant for going out and about, even in their streamlined state. Thin knit cardigans became balletic unitards. Blazers and biker jackets were sliced into clubbing armour. Suit trousers were chopped into skirts that flapped about. Jackets came adorned with leather gloves at the elbows ready for some kind of gauntlet. There was even a whiff of indie sleaze in the use of polka dot tights.

The show notes read “Corps, Coda” and the body was on show for sure, but the collection was first and foremost a destruction of formal codes in line with Simons’ ongoing fascination with subverting uniforms: the prim and proper adapted for revelry and raving.

“Let’s drink the sea and dance” read one of the slogans, scrawled on calico tops, borrowed from Belgian artist Philippe Vandenberg. “Kill Them All and Dance” read another. But behind the darkness, there was something positive about them. “His works are not about killing people,” said Simons. “In order to start again you need to destroy everything first.”

Later that evening, Prada fragrance partner L’Oréal threw a launch party for its new Paradoxe perfume at shiny new music venue Here, buried beneath Denmark Street, London’s own Tin Pan Alley. One party-goer called it the “hipster Matrix.” It was certainly lightyears away from the ravey energy at Printworks, which is set to be demolished in the coming years. One had to wonder which venue was better for the underground music that Simons thrives on.

Elsewhere this week, a couple of London’s left field young designers staged smaller presentations. Talia Byre’s homespun wares, complete with exposed seams, fraying hems and wonky buttons made their debut in City of London lunchtime institution Sweetings. Byre’s collection was as nostalgic as her venue, harking back to pieces seen in her grandparents’ fashion boutique in Liverpool, updated for a world in need of soft pleasures.

It all made for a nice mediation on what makes London’s fashion scene unique. See you at “Frieze Fashion Week” again next year?

Dad’s biggest supporters! Lionel Messi and his wife, Antonela Roccuzzo, have been sharing glimpses into their family life since they became parents. The soccer...

These Are the Most Popular Diets in America Right Now, Survey Says

The holidays are right around the corner, a season for indulgence and joy. However, a recent survey from Within found that 42...

Simone Biles is an American artistic gymnast. She's been known for winning...

Naomi Campbell was racially discriminated against at the air port