In Rome, Valentino Looks to Past and Present 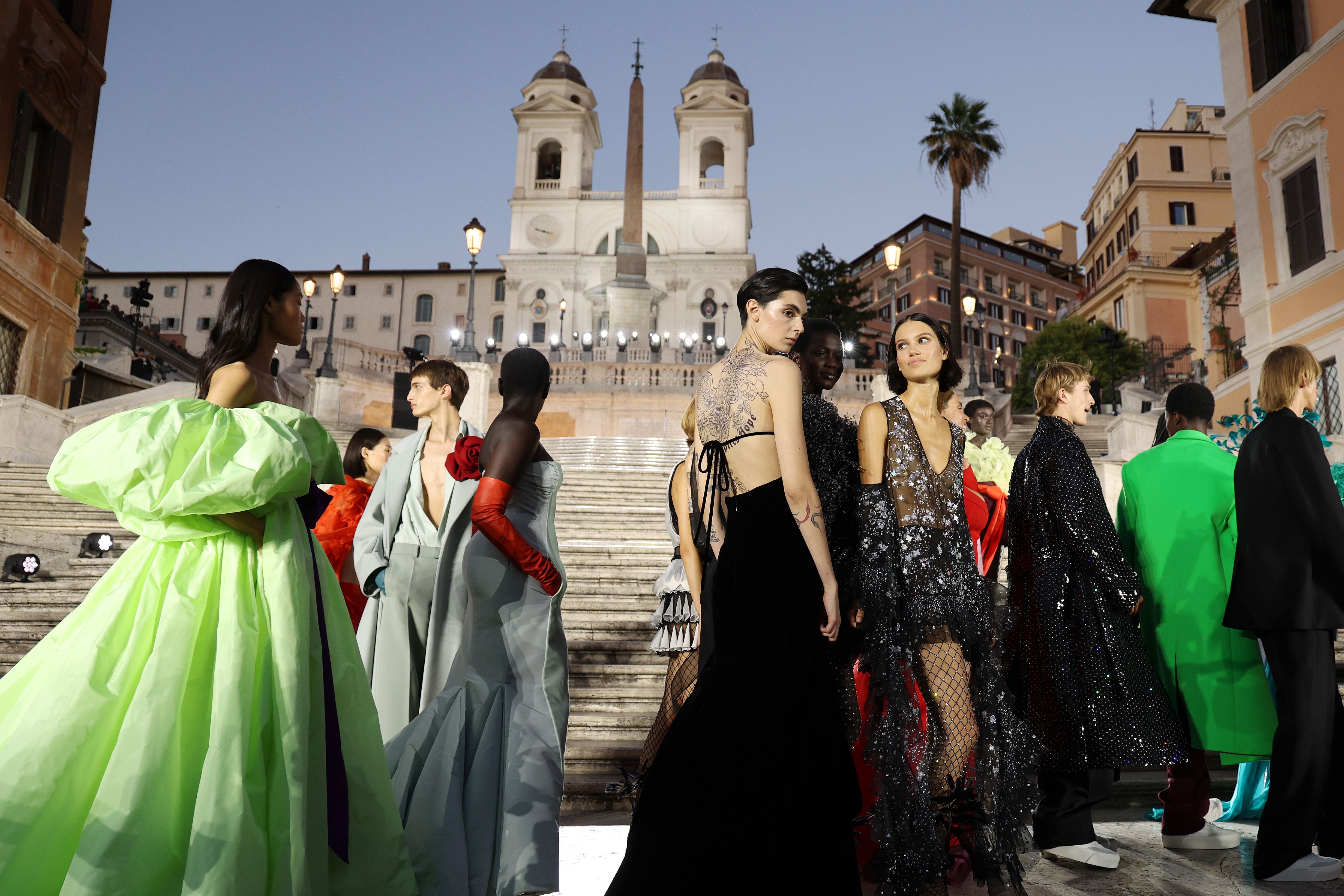 ROME — The Spanish Steps, one of the most iconic spots in the Città Eterna, was the marvellous backdrop to Valentino’s couture show tonight. A fashion show on the steps might look exotic to foreigners, but for Italians it recalls memories of Donna sotto le stelle, the hugely successful national TV programme that aired from 1986 to 2003, and on which la crême of Italian designers presented their collections to the public.

The house of Valentino took part. And a very young Pierpaolo Piccioli, years before he took the helm of the storied Roman house, was one of the onlookers standing in the street, ogling the shows broadcast from the steps. The reference was deliberate.

“At the time, I felt like an outsider, and I still do,” Piccioli said during a preview. “With this collection I wanted to create an imaginary dialogue with Mr Valentino, the founder, and paint a new picture in the same place, promoting my idea of beauty, which is way more open than it was back in the day. I wanted to bring to the centre what once was peripheral.”

This meant a diverse cast of models in terms of body type, age and race, although the male ideal presented at the show remained narrow. Of late, Piccioli has been pushing a socio-political agenda that is provocative and of the moment, but remains difficult to find in the clothes themselves. What’s more, tonight’s collection, titled The Beginning, bore little trace of Valentino Garavani: the red and the glamour were there, but not much else.

Instead, this was a collection of Piccioli tropes, from the beautifully bright colours to the dry drama to the silver faces. The Spanish steps gave it all a touch of magic. But what the outing lacked was the grace and the poetic lightness that are also central to Piccioli’s signature.

A Royal Journalist Criticized Meghan Markle’s Conversation With The Cut

The Best Moisturizers for Skin Over 50, According to Experts

For many of us, getting older feels like a punishment when metabolism levels dip and wrinkles set in, but it’s truly a...

Being a TV presence is never an easy job because of all the millions of people watching your every move. Ellen DeGeneres...

The baby of the Dukes of Cambridge became the star of the celebration of...

Ashton Kutcher Discusses How Vasculitis Rendered Him Unable To See, Hear, Or Move Around