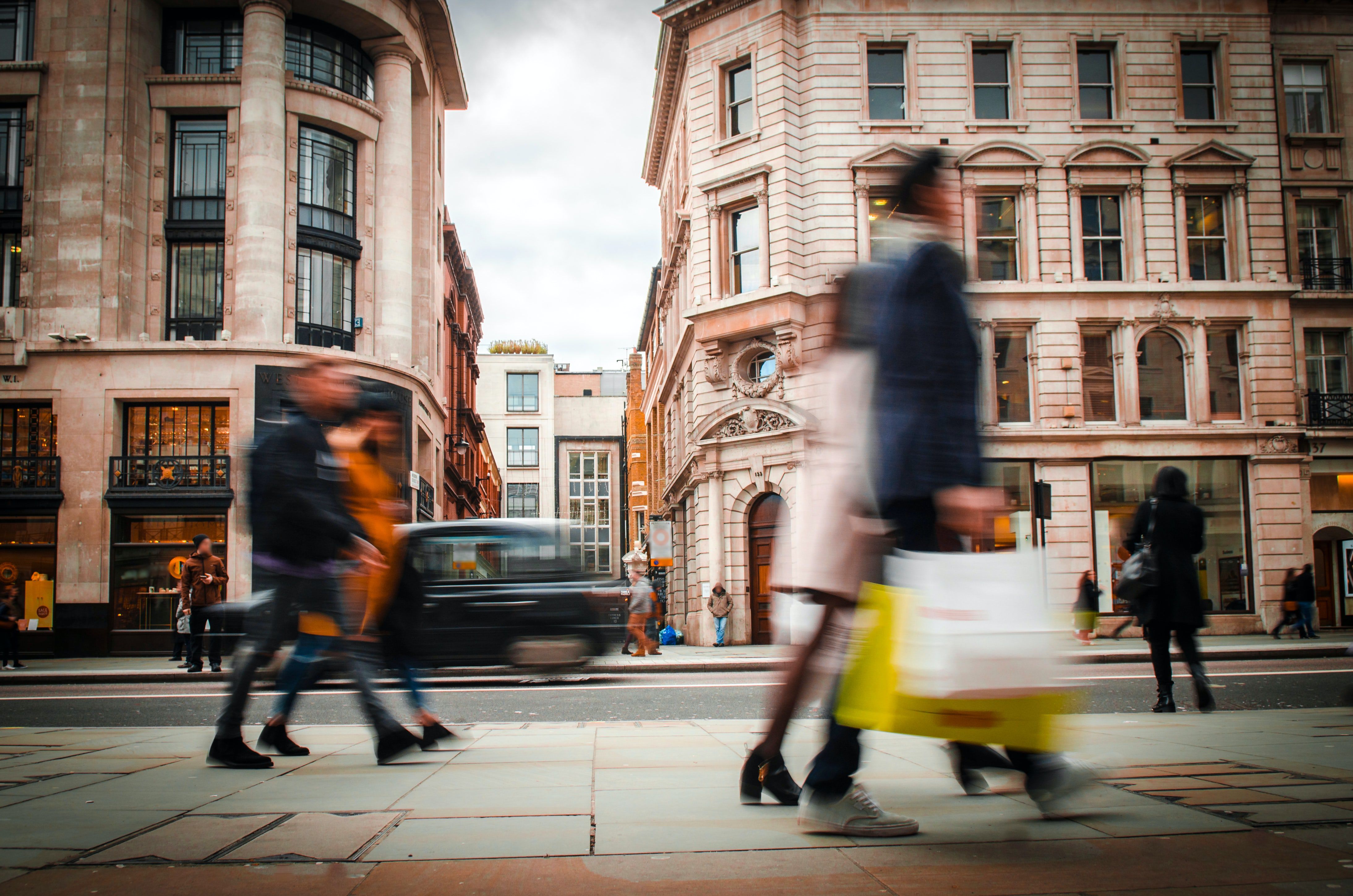 Regent Street, London’s premier shopping thoroughfare, is struggling to shake off the lingering effects of Covid-19.

Store vacancy levels, at a record 12 percent, are almost twice what they were at the end of 2019, while asking rents for the best space on the street have fallen by more than 30 percent during the pandemic, according to Savills Plc.

Shoppers who stroll along the curving avenue, passing through Oxford Circus and Piccadilly in London’s West End, may notice the absence of familiar brands. J Crew, Brooks Brothers, Desigual and Zara Home all closed stores during the two years of on-again off-again lockdowns that battered brick-and-mortar retailers and accelerated a shift to online shopping.

“We aren’t out of the woods by any means,” said Simon Harding-Roots, managing director for London at The Crown Estate, which counts Regent Street among its £7.7 billion ($9.5 billion) of holdings in the capital.

“There’s work to be done to get vacancies back to pre-pandemic levels,” he said in an interview. “We’re well aware we’ve got some tough times ahead.”

The Crown Estate — which traces its roots to the Norman conquest in 1066 — owns a range of assets, from shops, offices and rural lands to the seabed around England. Now an independent company established by an Act of Parliament, its proceeds go to the UK treasury, which in turn sets aside a portion of the profits to fund the monarchy. It owns most of Regent Street along with Norway’s Sovereign Wealth Fund, which has a 25 percent stake.

The number of visitors to the West End collapsed during the pandemic as shoppers stayed away. Now people are returning, but with many still working part of the week at home, real wages falling and tourism not yet recovered, the shopping district hasn’t bounced all the way back.

“Footfall is stubbornly down,” said Harding-Roots. “We’ve got to entice people back into London.”

Britain’s biggest rail strike in a generation — and the prospect of more labour unrest this summer — aren’t helpful. Nor is the exponential growth of e-commerce companies, like China’s Shein. Even Primark, which has steadfastly resisted moving online, said Monday it will start a trial selling children’s products through its website for in-store collection.

Purveyors of luxury goods have been hit as the government’s decision to abolish tax-free shopping in the UK sends the well-heeled to boutiques in cities like Paris, Madrid and Milan. Those hubs are gaining £5 million a week from high-earning British spenders who can make cheaper purchases on the continent, said Helen Brocklebank, chief executive officer at Walpole, which represents the UK luxury industry.

“Has Regent Street lost its iconic status? No not at all,” Brocklebank said. “But is there a fight for wallet share post pandemic? Yes absolutely.”

It’s not just Regent Street where the shine seems to have come off. Vacancies have been rising on neighbouring Oxford Street too, and rents have also fallen. More broadly, the problems affecting London’s prime shopping district are similar to those facing high streets across the UK. Chief among them: surging inflation, a shift to internet shopping and staffing shortages.

Retail leaders need to consider where best to invest money and many will think the digital world is a safer bet, said Peter Williams, the chairman of Mister Spex SE and former chair of Boohoo Group Plc. “Many will ask ‘do I really need to invest in a store on Regent Street, when the West End is not looking as good as it once did? Probably not.”’

That said, churn is hardly new in Britain’s dynamic retail industry. As some brands have left the area, others — like Uniqlo — have moved in. The Japanese clothing seller opened a new Regent Street store in April.

The Crown Estate is reviewing its retail properties to mix flagship stores with smaller shops and pop-ups. Its ownership of Regent Street as a whole gives it the flexibility to break up large retail spaces and vary the type of tenants, said Harding-Roots.

“It’s been around 300 years, it’ll be around another 300 years,” he said. “Global success stories want to be on Regent Street, still.”

Footfall has grown to 88 percent of pre-pandemic levels, higher than the West End’s average of 81 percent, according to the New West End company, which represents businesses in the area. The opening of the new Elizabeth Line at Bond Street station in the autumn may bring in more visitors.

Gymshark likens Regent Street to New York’s Fifth Avenue or the Champs-Élysées in Paris. It has a history of attracting the most exciting new brands, said Mitch Healey, who heads physical retailing and events at the company. Gymshark customers want to “hang out” and touch and feel products in real life, he said.

The sportswear brand had a pop-up store in Covent Garden in 2020 and the “data we gleaned from those 11 days of trading showed we were onto a good thing,” he said.

But for Superdry Plc, Regent Street has lost its appeal. The fashion brand closed its store last year in favour of a newly fitted-out flagship across three floors on Oxford Street.

While the tech gadgets of Apple Inc. and colourful toys of Hamleys of London Ltd. pull in customers at the upper end of Regent Street, there isn’t an anchor store at the bottom end to keep shoppers interested, Julian Dunkerton, CEO and co-founder of Superdry, said by phone. Department store Selfridges & Co. provides that attraction on Oxford Street, he said.

“You’ve got a real determined shopper on Oxford Street and you’ve got a sort of lost tourist at the bottom end of Regent Street,” he said. “You need a really strong flagship that is going to give people a reason to go.”

By Jack Sidders and Katie Linsell

From seamless online-to-offline offerings to Metaverse-inspired installations, the standards of brick-and-mortar retail have evolved since the pandemic struck.

6 Pumpkin Beauty Products to Get You in the Fall Spirit

Whether you’re counting down the days until Halloween or still crunching numbers to figure out how we’re already past Labor Day, fall...

After recovering swiftly from the havoc caused by the Covid-19 pandemic, Bangladeshi garment manufacturers are now anticipating a slowdown as sales at key...

American automobile giant Ford Motor Company is making a grand entry into the metaverse and Web3.0 ecosystem through its targeted trademark applications. According to...

Everything To Know About Anna Elisabet Eberstein – Hollywood Life