Mini-Splurges Decline as Shoppers Feel the Pinch of Inflation 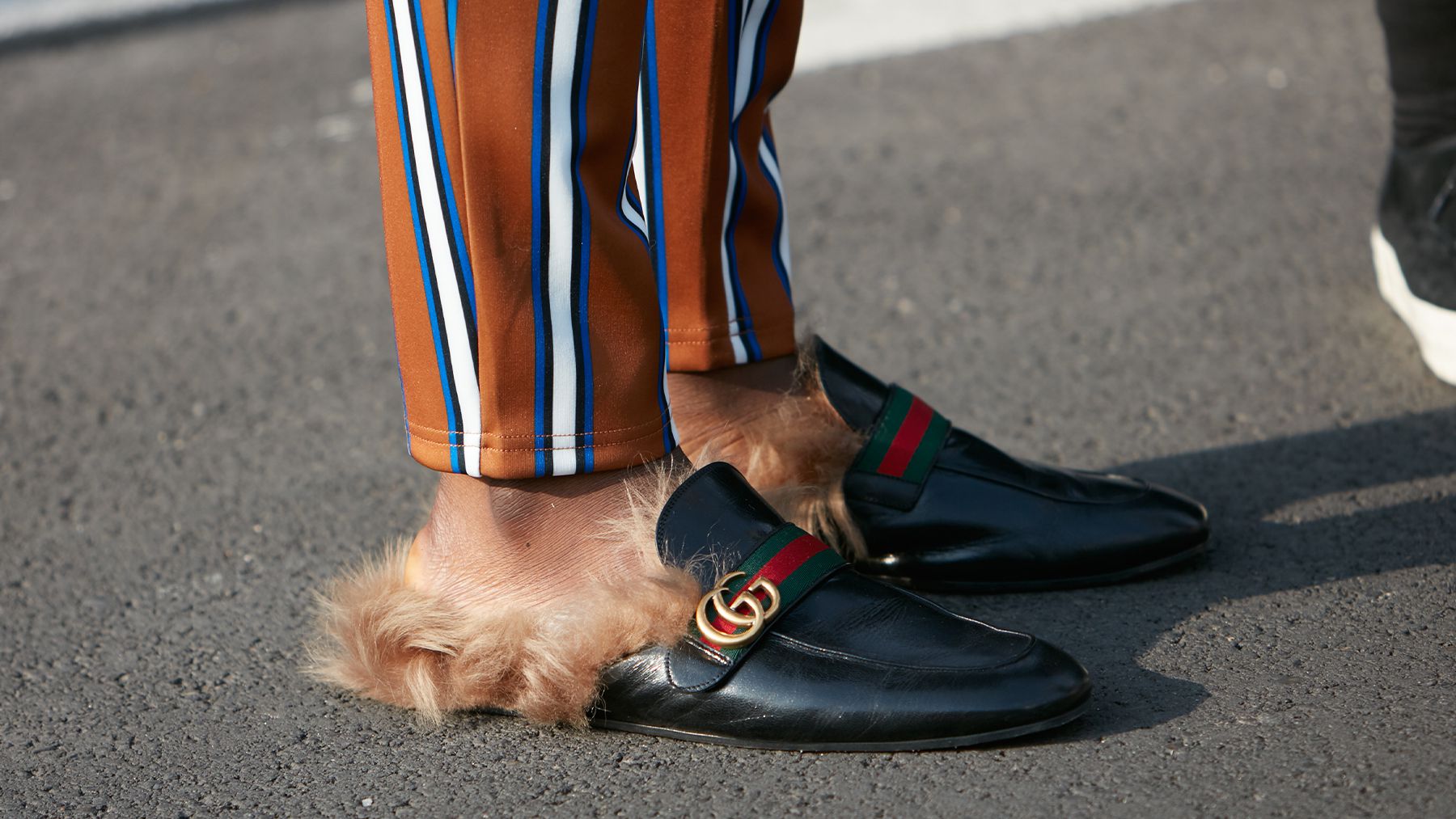 Less-affluent luxury shoppers are curtailing their once-frenzied purchases of entry-level products such as Gucci slippers and Balenciaga belts — a sign that the cooling of the global economy is extending to an industry that had repeatedly defied the tumult of the past couple of years.

Among the “entry level or aspirational consumer, we’re certainly starting to see what I would say is a slowdown in the growth,” Marc Metrick, chief executive officer of Saks Fifth Avenue’s online operations, said in an interview. The pullback signals an end to the US luxury industry’s unprecedented pace of growth during the past two years. Demand was fuelled by the wealthy, who stepped up their spending, and an influx of new shoppers who were able to access more high-end brands thanks to pandemic savings and stimulus checks.

Ishaeb Nicholson, who was heading into Macy’s Inc.’s Lexington Avenue Bloomingdale’s in New York recently, said he had been “obsessed” with accessories from brands such as Gucci and Balenciaga during the depths of the pandemic. His priorities started to shift earlier this year. “I was more so focused on going on trips and enjoying experiences other than just buying a $500 belt. I could buy a flight with that money,” said the 29-year-old singer and songwriter. Now, he’s spending more on high-end fragrances by brands including Kilian, owned by Estée Lauder Cos., and Maison Francis Kurkdjian, owned by LVMH, because they’re something he can use every day.

The trend has implications for the broader US economy, signalling that some high-end shoppers — whose resilience had surprised even the most bullish luxury executives — are feeling cautious about inflation and the uncertain economic outlook for the first time since the start of the pandemic.

The most exclusive luxury companies, including LVMH and Hermès International, reported robust sales of Lady Dior handbags and Arceau Le Temps Voyageur watches, respectively, in the most recent quarter. But brands that don’t have the same level of cachet are more vulnerable. Executives at Kering SA, whose brands include Gucci and Yves Saint Laurent, said in October they had seen some pressure on entry-price-point items in the most recent quarter. Investors and analysts are watching companies such as Tapestry Inc., owner of Coach and Kate Spade, and Ralph Lauren Corp. even more closely for signs of a slowdown. Both firms report earnings on Thursday.

Capri Holdings Ltd. on Wednesday trimmed its full-year revenue forecast because of weaker-than-expected sales of its Michael Kors brand at department stores. US shoppers are concerned about the rise in interest rates and higher costs for things like commuting and groceries, CEO John Idol told analysts.

The number of luxury scarves, card holders and key rings sold online in the US has fallen by one-quarter through October compared with the same 10-month period in 2021, according to data from Edited, a retail analytics company.

Online sales of the most expensive luxury products grew by 11 percent year-over-year in the third quarter compared with 5 percent for midrange luxury items and 3 percent for entry-level products, according to data from software company Salesforce Inc. That was the first quarter in two years that there’s been a difference among the three categories.

“We are just starting to see a splintering of demand by price point, which is an indicator that the luxury market is likely the last domino to fall, as it relates to a softening of demand,” said Rob Garf, vice president of retail at Salesforce. The gap grew in October, with online sales of the most expensive luxury products up 10 percent and the least expensive falling by 9 percent year-over-year. “We’re anticipating the gap to further increase as we go through the holidays.”

The data appears to bolster the case made by some executives and economists that any US recession is likely to be mild rather than severe. Wealthier shoppers, in some cases, are accelerating their spending.  And “aspirational” luxury consumers are still buying — just less.

The lower echelons of Saks’s shoppers — who earn, on average, around $100,000 annually — represented in the “high 30s” as a percentage of the company’s sales in the second quarter, down from a peak of “the low 40s” in 2021, Metrick said. There’s also been a dip in the portion of Saks’s revenue that comes from buy-now-pay-later credit options — to around 6% now from a high of about 8% last year, Metrick added.

Similarly, at online luxury retailer Mytheresa.com GmbH, the increase in the number of high-end customers and the amount they spend has outpaced that of less wealthy shoppers for the past several quarters. “The high end of luxury is clearly showing resilience,” said Michael Kliger, CEO of Mytheresa, which is based in Munich, Germany.

There’s also been a slowdown in the growth of new, high-end shoppers at Neiman Marcus Group. “There is a customer who entered luxury during the pandemic or who participates in luxury from time to time,” CEO Geoffroy van Raemdonck told Bloomberg TV. “We’re seeing a relative decline of the new customers. That’s a normalisation given that they were up so much over the last two years.”

Mia Di Amico and Samantha Strohmeier, who were both heading into Nordstrom Inc.’s flagship New York store on a recent afternoon, said many of their fellow university students are turning to luxury fakes — also known as “dupes” — to get the look without the price tag. They get tips from TikTok influencers, who might encourage them to buy on a website such as DHGate, or they head downtown to Canal Street, the women said.

“In years prior, I was spending money pretty carelessly and aimlessly just because I had the luxury to do that,” said the 20-year-old Di Amico, who studies marketing and fashion at LIM College in New York. Now, “all of my basic necessities like food, water — all of that have gone up a lot,” she said. “I don’t have the opportunity to spend money on things that I actually want. Rather, I’m spending money on things I need.”

Some of the customers who are curtailing their purchases at high-end retailers could end up shifting their spending to resale platforms, which offer used luxury items at more accessible price points, said Kristen Gall, president of Rakuten Rewards, which offers cash-back incentives and other deals to online shoppers.

Other luxury consumers might be lured away by the major discounts that many mid-tier retailers are expected to offer during the holiday season to help them clear excess merchandise. High-end companies “don’t necessarily have inventory issues, but they may have demand issues,” Gall said. “Are they going to be forced to go lower than they would be comfortable with just because the market is doing that?”

Consumers are expected to shop earlier and spend less as they adjust their behaviour in the face of rising prices.

Last month, a six-week trial in Virginia ended with a jury largely siding with...

The Hair Tool Bethenny Frankel Says “Is Like Dyson With Brushes”

In this week’s side-by-side beauty comparison by Bethenny Frankel hair tools have entered the ring—with some pretty surprising results. “Who will...

A Family Feared Their Cat Was Lost. Then the Doorbell Rang.

When the Whitley family moved to a new neighborhood in Mastic Beach, New York, they had one big concern: Would their cat 8-year-old...

Celebrities seem to be living their best lives according to their fans. However, even...

In The Jokers Sequel, Lady Gaga Will portray Harley Quinn