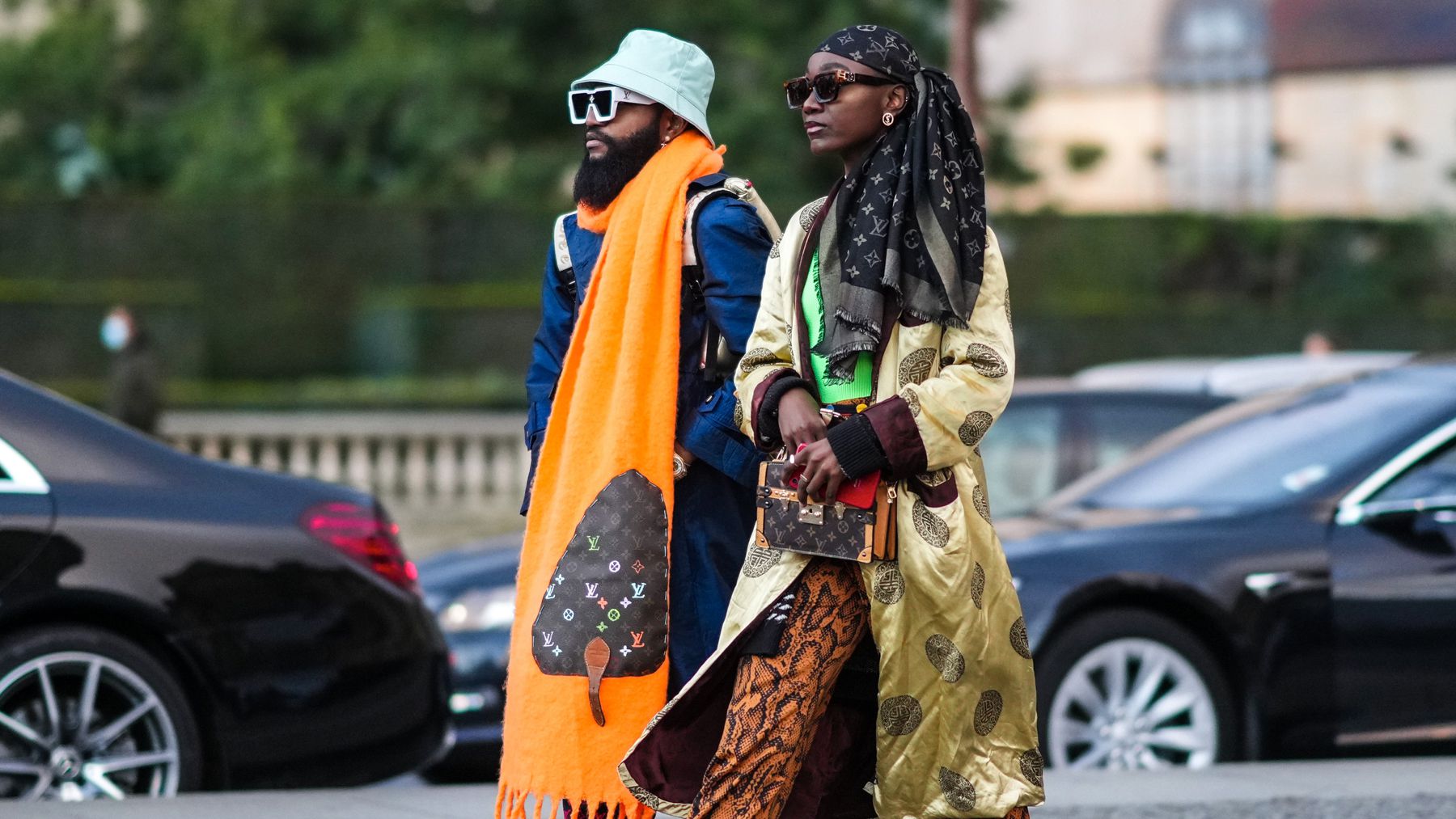 Over the pandemic, fashion editor Danielle Prescod made the move from New York City to New Orleans, Louisiana, a US state with a large Black population — and often cited as the birthplace of jazz. Prescod, author of the upcoming book, “Token Black Girl,” doesn’t spend much time shopping there, though. Partly because the selection is limited compared to New York and her knowledge of fashion often supersedes those working in the stores, but also because she doesn’t think most salespeople are particularly hospitable to Black consumers. Her local luxury mall is “consistently deserted,” she said.

That changed during this year’s Essence Fest, the Black women’s lifestyle magazine’s annual music and culture festival, which took place over the first weekend in July and attracted more than 80,000 people.

“Saks [Fifth Avenue] was very, very crowded,” she said, noting that there were security guards outside of Louis Vuitton to help manage the crowds.

Despite the fact that there were droves of Black consumers spending on luxury during the event, there was not one major fashion sponsor. (Coachella, the California desert musical festival that Prescod attended just a few months before, had several.) Indeed, the situation at Essence Fest almost perfectly encapsulates the long-existing relationship between luxury brands and Black consumers.

The industry spent decades mostly ignoring this group as customers while appropriating Black culture, from music and sports to fashion and beauty. However, in recent years, in response to pressure from shareholders and consumers — most notably following the 2020 social-justice protests — some brands have rethought their approach to diversity in regards to the models they cast, influencers with whom they work and talent they appoint within their creative and management teams. But even as inclusivity has become a bigger focus for the broader fashion industry, many initiatives to better engage Black shoppers over the past two years come across as clumsy or superficial.

Even so, high-end brands and retailers have managed to attract a greater and greater share of Black consumers’ wallets, like those who lined up to shop during Essence Fest. By not putting more creativity and resources into that relationship, they’re leaving money on the table, experts say.

“There is this awareness that’s happening, but it’s in these small, small ways,” said Amber Cabral, author of “Allies & Advocates” and a diversity strategist who has worked with Walmart and Gap, Inc. “There’s not enough longevity there. Companies are saying, ‘Let’s stick our toe in the water and see how it goes,’ and if in four months, they haven’t gotten a return on investment, they can just pull it back.”

More than ever before, Black consumers are helping drive impressive growth in the American luxury market. Non-white ethnic groups accounted for about 20 percent of luxury spend in the US market in 2019 — a figure that’s projected to rise to 25 to 30 percent by 2025, according to a Bain report.

A number of factors have made it increasingly difficult for luxury companies to ignore Black consumers. Even though Black people make up just under 14 percent of the population in the US and have the lowest median household income of any racial group, according to the US Census, a Nielsen survey found that they’re 20 percent more likely than the overall population to “pay extra for a product that is consistent with the image I want to convey,” and 31 percent more likely to spend $500 or more on a handbag.

Recent efforts made by some brands to speak to a more diverse customer base is one reason Black consumers have been dedicating more of their wallet share to luxury labels, said Bain & Co partner Claudia D’Arpizio. Black luxury consumers also tend to be younger, and young people are driving growth in luxury.

“Some of the brands are very surprised by the results of this strategy,” D’Arpizio said. “Consumers are reacting positively to this, more than proportionally to their efforts, to be honest.”

However, Black consumers’ appetite for luxury is growing in tandem with their expectation that the brands they support are making worthwhile progress on diversity, equity and inclusion. Today, they are increasingly turning to Black-owned fashion and luxury labels, including Telfar, Fear of God and Brandon Blackwood. Beyond the fact that these brands make appealing, desirable products, Black consumers see supporting Black brands as a powerful step toward equity and generational wealth-building for their communities.

Meanwhile, many legacy luxury brands have yet to make meaningful progress in figuring out how to include Black people in their narrative in a genuine, earnest way. They remain predominantly run by white men and have traditionally approached marketing and branding from a Western European perspective, though that’s begun to change with globalisation and the rising importance of the Chinese consumer.

“It used to be that wearing these prestigious brands to convey our own status in life was a big deal,” said Jessica Couch, co-founder of Fayetteville Road, a retail technology consultancy. “I think there is a shift in what’s cool, and we’re becoming a lot more informed … It’s no longer cool to wear a brand that doesn’t support you.”

For brands looking to genuinely connect with Black consumers, a first step is to increase representation of Black talent across all parts of the business, from leadership down to the stores.

Louis Vuitton, for example, made progress on this when it appointed the late Virgil Abloh as men’s artistic director in 2018. While Abloh wasn’t the first Black person to design for a heritage luxury brand, his international renown and influence on youth culture was a boon to the French heritage brand and helped drive “historical” growth in America for the brand, CEO Michael Burke told BoF in late-2020.

Gucci made greater inroads with the Black community by developing a long-term relationship with Daniel “Dapper Dan” Day, the Harlem designer whose work so directly inspired creative director Alessandro Michele as to cause internet outrage. In response, Michele partnered with Day on a collection and Gucci opened an atelier for him in Harlem.

“Now it’s more being part of the value proposition completely: this is cultural relevance, which is different from cultural appropriation,” said Bain’s D’Arpizio.

Marketing imagery is also an important part of the formula, but it should be the product of a diverse team, rather than the result of a mostly white executive group hoping to signal inclusivity with minimal effort.

Brands should be cautious about putting too much emphasis on splashy celebrity campaigns or the same rotating cast of prominent Black creatives — which could be viewed as low-hanging fruit — or employing only “certain types” of Black creatives and models, Cabral said.

“I want luxury brands to show up with the richness and the depth that Black folks show up with — and that’s not what’s happening,” she said. “Where’s the wealth of our identities?”

Brands also need to move past stereotypes and outdated assumptions about what product categories Black consumers want to buy, and what they want them to look like. For instance, as both a consultant and luxury consumer, Cabral has observed that many high-end brands only advertise their entry-price-point items to Black consumers and will often save their bright, colourful fabric treatments for those items — while marketing their “cleaner,” elevated and pricier items to white consumers.

Some luxury brands’ apprehension about fully embracing Black consumers could be driven by the belief that if they delve too deeply into a “Black aesthetic” — or if they don’t keep their Black-focused products on the peripheries — they’ll alienate their core customers, said Shawn Pean, a fashion executive who held leadership roles at Balmain USA and Valentino USA before launching his luxury men’s label, June79, last year.

“Do you just see us as your ‘logo consumer’ or do you see us as someone who can put on your Dior suit with a shirt and a tie and look just as great?” Pean said.

The crux of the problem, added Couch, is that many high-end brands haven’t actually “taken the time to do a deep dive into understanding different parts of Black culture,” and where data is available, it is easily misread.

“They cannot properly identify the difference between causation and correlation,” she said. “If the brand is only offering [Black people] entry-level and colourful [items] because it believes ethnic people in general like more colour options and we’re into more patterns etc., then [the brand] has misread the consumer and is taking a risk on a limited view.”

As luxury brands increasingly rely on a wide range of consumers to boost their top-line growth, they must acknowledge and include all different types of people, especially those driving culture.

“The problem is, if you do not cater to us, you’re going to slowly die out …,” Couch said. “And you’re not cool if we don’t say you’re cool. And that’s the power that we have as Black consumers. We drive all the cool factors.”

Just one week ago I underwent a breast lift procedure that totally transformed what I used to call my “tube sock” breasts....

Shop the 15 Best Holiday Gifts Under $15 That Ship Fast

Us Weekly has affiliate partnerships so we may receive compensation for some links to products and services. We never understood how Santa could deliver...

How to Make Money with an Only Fans Profile: A Guide

Guest post by Andrew ConnorCopyright: Colin Lloyd on Unsplash I License: CC0 Public DomainEver since OnlyFans blew up a few years ago, entertainers...

Will AR glasses replace smartphones? It sure looks like it

Alternate realities have historically dominated fact and fiction. From the use of augmented and virtual realities in air combat training to sci-fi stories...

Too many things to too many people

Shonka Dukureh Was Discovered Dead In Her Home