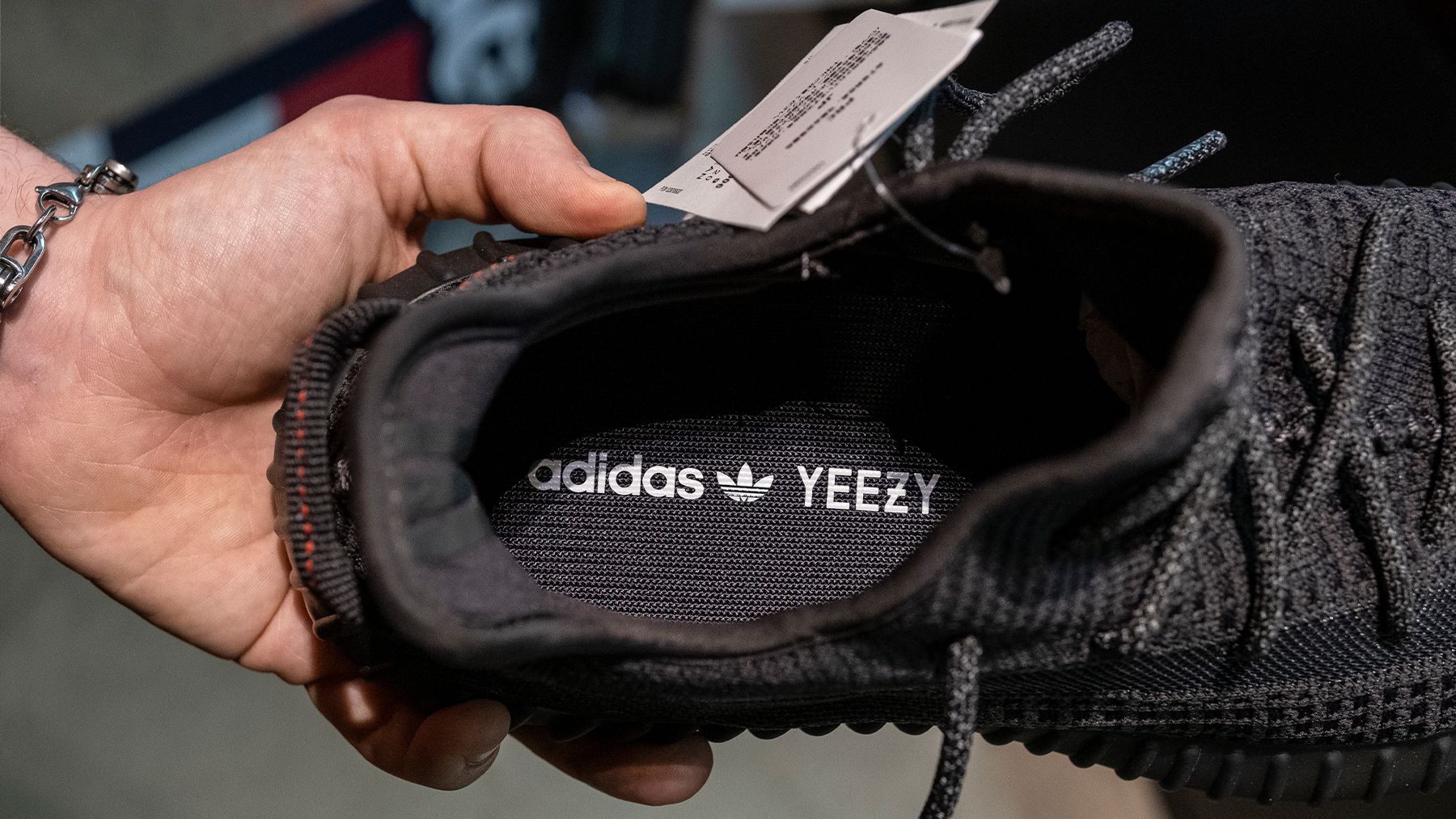 It’s been a mercifully slow week for Ye news. By this point, most corporate partners have cut ties with the artist formerly known as Kanye West, who over the course of a month blew up his reputation and his ties to the fashion industry with a long list of offensive remarks and actions.

Adidas was among the last to announce a clean break with Ye, doing so in an Oct. 25 statement. The company hasn’t said anything publicly since, though coincidentally it released its latest collaboration with Balenciaga, the luxury brand most closely associated with Ye, on Nov. 3, exactly one month after the rapper’s now infamous Paris Fashion Week show.

The Oct. 25 statement was unambiguous — Adidas said it would “terminate the partnership with Ye immediately, end production of Yeezy branded products and stop all payments to Ye and his companies.” But it raised many questions, some of which are likely to be answered on Wednesday as the company gives its third-quarter results and executives take questions from Wall Street analysts. The call is likely to be eventful even aside from Yeezy: Adidas confirmed Friday that Puma CEO Björn Gulden is being considered to succeed current CEO Kasper Rorsted.

We’ll be listening. Here’s what we’d like to know:

What are the details of the divorce?

Adidas reportedly waited longer than most of Ye’s corporate collaborators to cut ties because it was consulting with US-based lawyers over whether and how it could end the deal, which was set to run through 2026. That implies there was more to consider than whether Ye violated a boilerplate morals clause. Little is known about the contract, other than that it was a profit-sharing agreement where both sides had a hand in the product, rather than a more straightforward licensing deal. That was a constant source of friction while Adidas and Ye were still working together. It wouldn’t be a surprise if it was tricky to untangle now, or if the two sides end up in court.

What happens to existing Yeezy products?

Adidas, like rival Nike, already had an excess inventory problem before October. Last month, the company cut its guidance as it warned it would have to ramp up discounts to move unsold product. Adding Yeezy sneakers and slides to the pile won’t help matters.

Adidas could repurpose unsold Yeezy shoes, perhaps turning them over to designers and artists to create something new, with proceeds going to anti-hate nonprofits. Whether its contract with Ye would allow for such a thing, or if retailers would go for it with their existing stocks, is anyone’s guess.

Otherwise, the options are mostly unappealing: dumping Yeezys on the off-price market or in countries where Ye’s brand isn’t completely toxic could lead to charges Adidas is profiting off of hate speech. Consumers also frown on companies destroying unsold inventory, and dumping truckloads full of non-biodegradable foam runners into landfills isn’t a good look either. Recycling is another option; perhaps future generations of children will play on playgrounds padded with ground-up 350s.

What about the production pipeline?

In addition to store and warehouse inventories, Adidas no doubt had plenty of pairs in production; big sneaker brands tend to work on lead times of up to 24 months to create new items. Manufacturers will likely need to be compensated for a sudden halt to production, and smaller suppliers could be forced to lay off workers. There is precedent: early in the pandemic, Adidas said it paid cancellation fees amounting to the “high double-digit million” euros, which took two percentage points off the company’s gross margins. Any payouts would likely be smaller this time, though still significant — in 2020, Adidas sales fell by over $4 billion, while Yeezys generated about $2 billion in revenue annually.

Does Adidas Have a Backup Plan?

When consumers grow bored with Dunks, Nike finds an Air Jordan silhouette to show a little love. Adidas doesn’t have quite as deep a back catalog. You have to click to the third page on StockX’s list of most popular sneakers to find a non-Yeezy Adidas shoe (the Samba Vegan White Gum). The 33 most transacted Adidas shoes over the last 12 months on StockX are all Yeezys.

The resale market is a small fraction of overall sneaker sales, and Adidas isn’t seeing any of the money spent on secondhand platforms. But it’s a reliable snapshot of how a brand is resonating with consumers, and helps a company that sells everything from socks to soccer cleats pitch itself as more than a seller of functional athletic gear.

With Yeezys out of the picture, Adidas could see Sambas or Ultra Boosts take the spotlight, or pursue other high-profile celebrity partnerships. That will likely provide job security for employees who worked on the Yeezy brand; Footwear News reported in October that an Adidas spokespereson said layoffs were “not up for discussion. We need their talent and skills within the organization.”

What Else Is Going On This Week

US inflation data for October

People May Believe I’m A Fake, So Lewis Capaldi Claims He Was Removed From The Dating App Tinder

The 25-year-old Grammy Award nominee discusses his love life, career, and stardom on this...

Shopping around for last-minute gift ideas for him is stressful enough, let alone trying to find the perfect gift for the men who...

The Vagus Nerve: The Key to a Healthier Stress Response

These days everyone is seeking the source of their stress and trying to find a way to alleviate tension. One often overlooked...