The Quest to Make Environmentally-Friendly Bras and Knickers 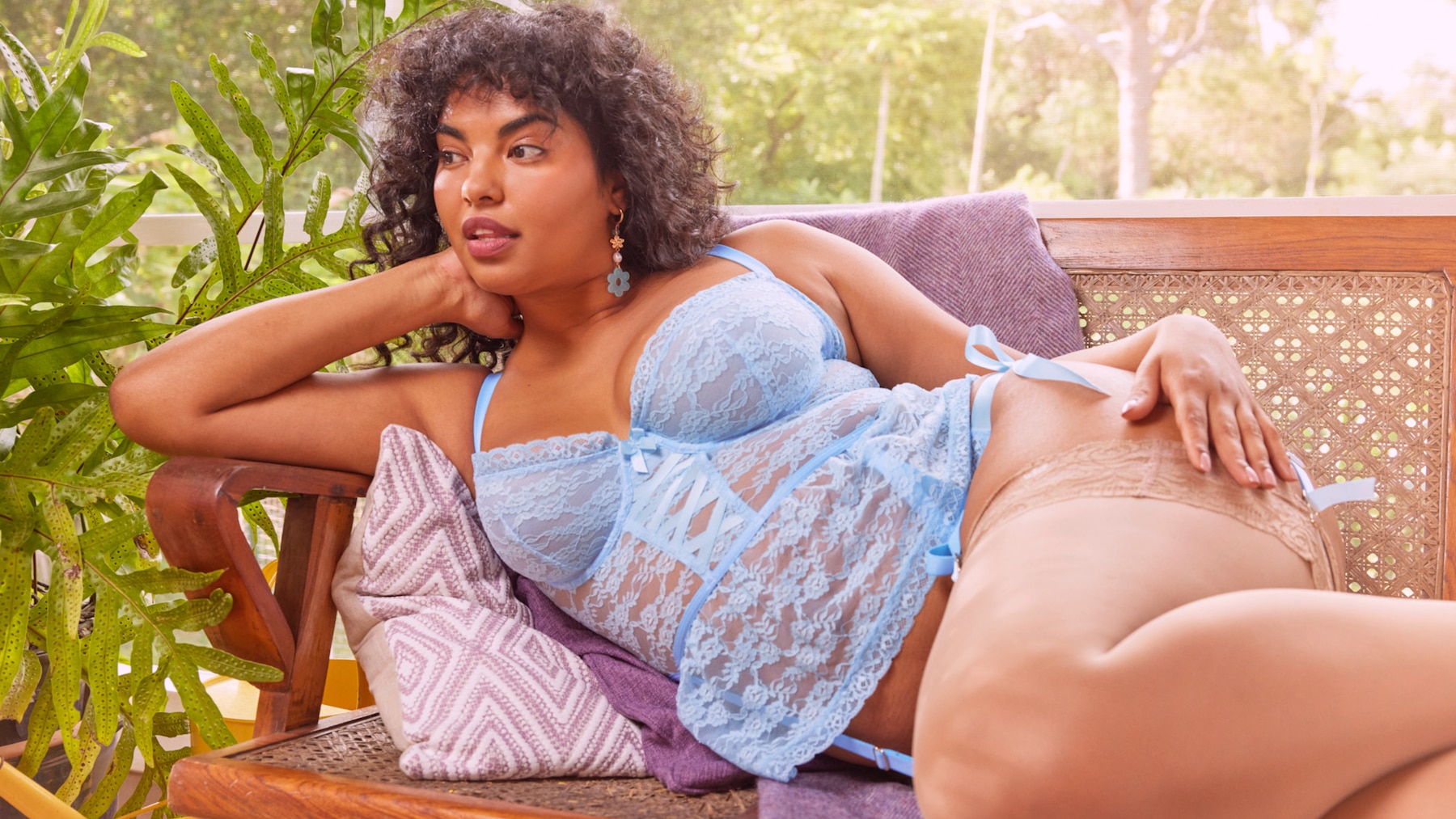 When lingerie brand Adore Me launched 11 years ago, it was on a mission to bring size-inclusive, sexy silhouettes to the masses. Environmental sustainability, however, was not front of mind.

“At the time, it wasn’t really part of the conversation in the industry, even within the company,” said Camille Kress, the brand’s vice president of innovation. “We built this intimates brand based on other values that were very important to us, [like] affordability, inclusivity, but sustainability at the time wasn’t really part of what we were doing.”

That changed some three years ago, as a broader conversation about the fashion industry’s environmental impact began to influence Adore Me’s largely Millennial workforce. Last month, it became a certified B Corp, undergoing a rigorous assessment of its efforts to address environmental and social impact.

Adore Me’s pivot reflects wider shifts in the underwear industry, catalysed by a powerful social movement against sexed-up marketing strategies in favour of body positivity and more diverse and inclusive messaging. With those changes have come expectations that brands‘ social consciousness will extend to eco-consciousness.

However, turning bras and panties green is far from easy. There’s little room to compromise on performance in the name of sustainability and stretch and fit often rely on fossil-fuel derived fibres. Fabrics that are a blend of synthetic and natural materials are hard to recycle, as are those that contain many different components, like bras. Meanwhile, rental and resale are largely off the table because of hygiene concerns.

“There’s more pressure, I think, with underwear, because underwear is a performance category and it has to support you,” said Priya Downes, founder and chief executive of B Corp-certified lingerie brand Nudea.

Still, a growing crop of brands are trying to solve for the biggest sustainability challenges inherent in — and unique to — the business of making underwear. Here’s how.

In 2007, lingerie executive Eve Bastug set out to find a lower-impact alternative to the synthetic foam typically used for bra cups. The first prototype, made from recycled polyester, held promise, but proved too rigid to be moulded to any cup size bigger than 38C.

It would be another eight years before Bastug, now chief product officer at New York-headquartered intimates manufacturer Gelmart, was encouraged by mass retailer Walmart to return to the challenge. This time, she found a better, more size-inclusive solution: a bio-based foam largely made from sugarcane, which can be moulded to fit sizes up to 44DDD. Gelmart built a new consumer brand, called Kindly, around this innovation, and launched in thousands of Walmart stores in April this year.

Industry uptake for sugarcane-based cups is still early doors, though Bastug hopes that Kindly’s launch with a mass retailer will prove the innovation’s commercial appeal and viability to other lingerie players hesitant to embrace new materials. Once the brand is more established, she plans to use it as a mechanism to scale and road-test more of Gelmart’s sustainable offering — like recycled and biobased materials — directly with the consumer.

Other brands are exploring ways to take the plastic out of stretch. Organic cotton underwear brand Kent spent two years developing a compostable pant made from organic pima cotton, with a plant-based elastic trim for the legs and waistband. More biodegradable options are entering the market, like elastane and spandex alternative Roica V55, developed by Japanese company Aashi Kasei and used in a collection of fully biodegradable pants last year by London-based underwear brand Stripe & Stare. But access to these material innovations is limited and expensive, meaning uptake remains limited across the wider industry.

Not everything requires technical innovation though. One step Nudea has taken is to add an extra hook-and-eye enclosure to the back of the brand’s bras to extend their lifespan beyond the industry-recommended six to 12 months (wearers are meant to start by using the outermost enclosure, then work their way inwards as the bra’s waistband stretches with use).

“I think sustainability in underwear really has to centre around longevity and taking care of products and then, at the very end, is recycling, because there’s no other way to keep underwear out of landfill,” said Downes.

Recycling bras and pants is not easy.

Across the textile industry less than 1 percent of post-consumer waste is recycled, according to the Ellen MacArthur Foundation. The technology and infrastructure to take back and process more is nascent. Fabric blends like those found in most underwear are particularly difficult to recycle, while the multiple components found in bras (which can contain up to 30 different parts) need to be deconstructed to process.

Some brands, like Nudea and colourful Gen-Z underwear brand Parade, are beginning to use third-party recycling services, offering to take back products from consumers at the end of their life. But there’s little transparency around how such schemes work and products often end up downcycled into scrap fabric for padding mattresses or sports equipment.

A few brands, like Kent, are looking at developing underwear that can biodegrade without leaving any lasting impact. The brand‘s pants were tested for municipal and at-home composting to see if they really could break down in soil. Underwear composted through its customer take-back scheme goes to an organic fruit and vegetable farm.

“We decided to go the composting route… as both a radical proof point of how natural our product is, and how an end-of-life solution can be regenerative for the planet,” said founder Stacy Grace.

Despite the challenges thrown up by underwear’s performance demands, the nature of the market creates particular opportunities to influence consumers towards more responsible behaviour.

The new generation of challenger underwear brands, like Parade, have been particularly adept at building communities that are fiercely engaged with their approach to social impact and inclusivity, but many are only just beginning to flex that to talk about environmental efforts. For instance, Parade launched a free recycling programme earlier this year.

Simple, informative messaging can also have impact. Nudea addresses the fundamental issue of fit by selling Instagrammable tape measures and offering virtual bra fitting services to prevent returns, a polluting drag on the bottom line. The brand has managed to reduce return rates to 20 percent since the start of this year, down from the company’s lifetime average of 23 percent (well below the industry average of 40 percent, per fit-tech company Infimé). It also launched its bra recycling scheme with a tongue-in-cheek influencer campaign highlighting unusual uses for old bras, from yoga resistance bands to mini fruit baskets.

“Being good at too many things isn’t possible,” said Lopes, “so it’s much better to be really focused on a few things, and do them really well.”

Netflix has recently released a film adaptation of a famous Jane Austen...

There’s a time and place for a multi-step skin-care routine—we can’t think of a better way to begin and end every day—but...

Kate Middleton, at the Queen’s Platinum Jubilee, repeated the image of the Princess of Wales

This is the group's second single released after a decade of silence. The...