The Ye and Adidas Conflict, Explained 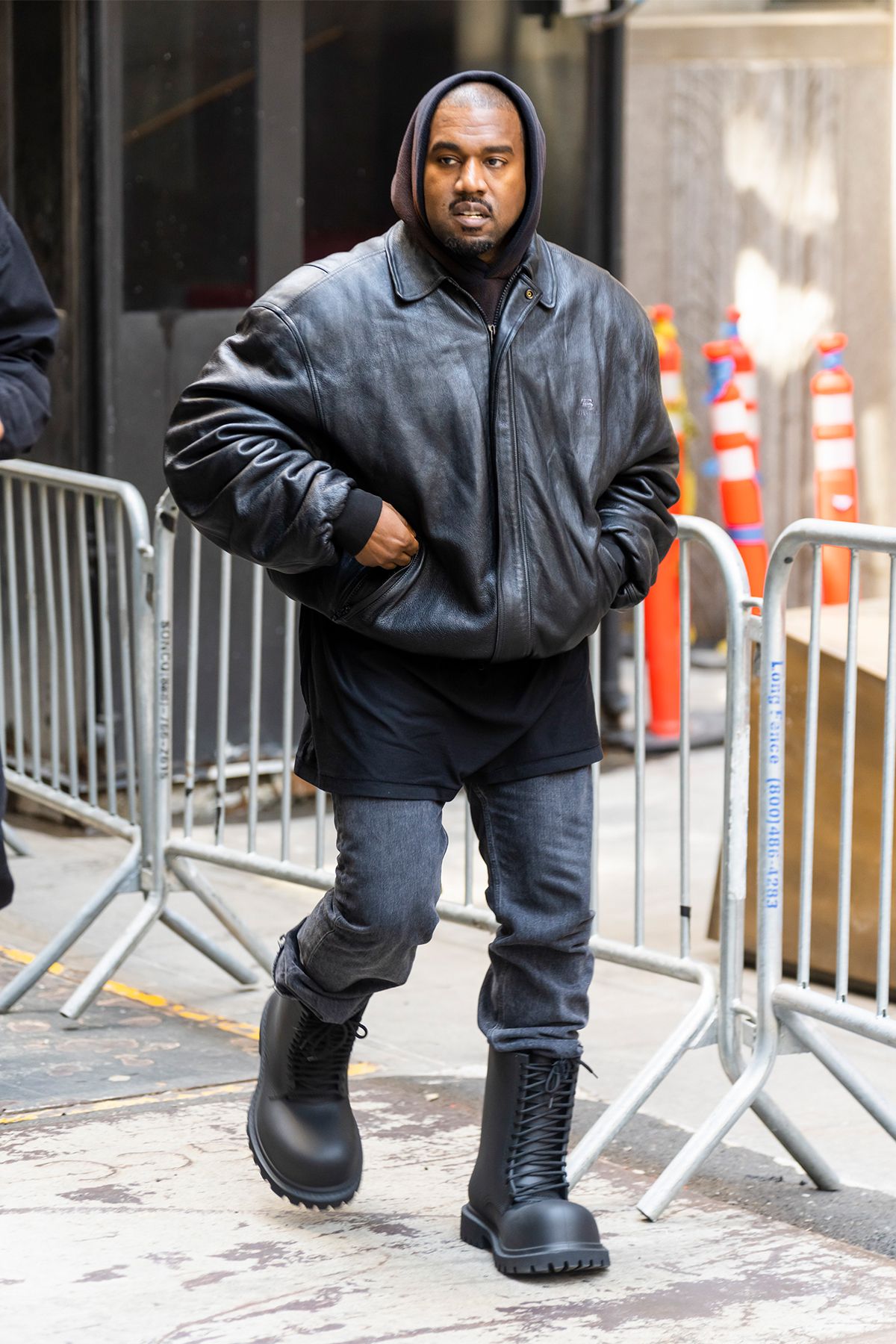 Adidas already had its share of bad news in August. The company issued a profit warning ahead of an earnings report, citing its struggles in China. Later in the month, it announced that chief executive Kaspar Rorsted would exit the company in 2023.

But little could have prepared Adidas for the social media onslaught instigated by their top celebrity collaborator: Ye, the artist and designer formerly known as Kanye West, who has accused the company of effectively shutting him out of his namesake sneaker line.

It’s hard to overstate how important the Yeezy brand is to Adidas. Since 2015, Ye has given the brand access to an audience it has struggled to engage on its own. The line, which runs until 2026, is no celebrity vanity project either, with nearly $2 billion in annual sales. The company, which hasn’t yet publicly acknowledged Ye’s accusations, has a few options, none easy. It must determine the best way to mend fences, whether that’s with a public apology or by offering some new financial incentives or greater control of the partnership (or some combination of both). Adidas could also move to cut ties, though the costs of antagonising Ye further are likely too high for that option to be realistic, experts say.

The company’s share price is down more than 15 percent since August 8. Sales could also be hampered if Ye’s position continues to gain momentum. Celebrities like Swizz Beatz and Diddy have voiced their support for Ye by calling out Adidas for allegedly using Yeezy-inspired sneaker designs without credit, while fans on social media and in Reddit forums have promised to boycott the German brand’s products.

“Kanye has activated other strong voices to speak to a consuming public that will listen to them — and a demonised brand is a hard thing to rescue,” said Douglas Hand, a fashion lawyer and founding member of the law firm Hand Baldachin Amburgey LLP. “It’s a very critical moment for Adidas and they’ve got to navigate it carefully.”

What Happened Between Ye and Adidas?

Trouble began brewing in early August, when Ye voiced his frustration with his alleged lack of creative control over his brand’s partnership with Adidas.

In the same message, he alleged that the brand made up the idea of Yeezy Day — an annual shopping event where Adidas releases new Yeezy styles — without his consent, and that the brand intentionally slowed down the production of casual footwear he designed for Yeezy Gap with Balenciaga creative director Demna.

On Sept. 4, Ye claimed to his 17 million Instagram followers that Adidas had offered him a $1 billion buyout from his Yeezy venture. This was part of a series of now-deleted posts in recent days that took aim at the German brand along with various members of its leadership team.

Ye also targeted Adidas’ chief executive, posting an image of a mock New York Times obituary, which read “Kaspar Rorsted also dead at 60.” Later, he posted a series of images singling out the brand’s senior vice president, Daniel Cherry III, as well as screenshots of the bios of members of the Adidas executive board (he also posted similar images of directors at Gap Inc.)

How Much Does Adidas Have to Lose?

Ye appears to be trying to strong-arm Adidas into giving him greater control over the Yeezy Adidas venture, said Mark Brutzkus, a partner at US law firm Stubbs Alderton & Markiles.

“It’s the same situation as when a star athlete makes a public statement as their contract is running down, to get a new deal on more money and better terms,” Brutzkus told BoF. Adidas has only two options in this situation, he added — to acquiesce to Ye’s demands or push back and risk losing their star player who could then join a rival organisation.

For Adidas, there’s much at stake. The Yeezy deal has been instrumental in keeping the brand relevant among streetwear fans, which is crucial for the company to compete with its larger rival Nike. Through Yeezy, Adidas has released sneakers that drove hype and fetched eye-watering resale prices. Sales for Yeezy’s Adidas sneakers grew 31 percent year-on-year to nearly $1.7 billion in 2021, accounting for nearly 7 percent of Adidas annual revenue, according to Bloomberg News, which cited private documents from banking firm UBS.

In addition to its partnership with Adidas, Ye’s Yeezy apparel and sneaker business, estimated by Bloomberg News to be worth between $3.2 billion and $4.7 billion, has an apparel venture with Gap, Yeezy Gap, a 10-year agreement that began in 2021.

Is It Common for Celebrity Deals to Go Wrong?

Celebrity brand deals are typically low-risk, high-reward for both parties: the brand benefits from increased sales generated by their association with a high-profile figure and the hype driven by their sizeable following, while the celebrity receives a lucrative fee in exchange for minimal commitments such as social media promotion and event appearances. For example, Swiss tennis champion Roger Federer’s 10-year deal with Uniqlo will see him earn $300 million. So far, the collaboration has only produced a small selection of merchandise, while Federer has played only a few matches wearing Uniqlo apparel since the deal was signed, due to injury.

Sometimes, celebrities get more involved in the companies they team up with (Federer is an example of this as well, investing in the running shoe company On Holdings). A high-profile partner can provide a major boost to a brand’s profile, and signs the celebrity is engaged in the inner workings of a company can lend it instant credibility.

Yet, as Adidas has discovered, these deals can quickly become an expensive headache when relationships sour. Brands often safeguard their partnerships with stringent non-disclosure provisions in the event of a breakdown in the relationship, said Avi Moshe Parness, a talent relations coordinator for fashion brands.

However, A-list celebrities, like Ye, often have the clout and bargaining power to either exclude these clauses at the outset or make them hard for brands to enforce for fear of reputational damage, Parness told BoF.

Adidas rival Nike knows all too well the costly nature of a botched celebrity deal. The sportswear giant previously had a licensing deal with Ye — which produced the Air Yeezy 1 and 2 sneaker lines — that ended acrimoniously in 2013, with Ye citing his frustration at Nike’s unwillingness to pay him royalties from sales of his Yeezy shoes. Looking for a deal which could offer royalties, rather than a flat fee, Ye then unsuccessfully approached Puma before settling on Adidas to partner with his Yeezy brand.

What Should Adidas Do?

At this stage, the damage control options for Adidas are limited because of Ye’s considerable bargaining power, experts said. Adidas could seek to terminate the Yeezy agreement if he is deemed to be in breach of his contractual obligations, respond to his allegations by publicly presenting its own version of the dispute, or appease Ye by giving him greater creative control, and work toward an extension of the valuable Yeezy deal beyond 2026.

Experts who spoke with BoF said the first two options would be damaging for Adidas’s brand reputation and sales, and recommend the latter. The company lacks leverage as it doesn’t have another hype sneaker line it can promote if its Yeezy run comes to an end.

“The problem for Adidas is that Yeezy is its nest egg — it’s too critical to the brand right because it really has taken them more fashion-forward in the marketplace,” said Brutzkus of Stubbs Alderton & Markiles. “They’re in a position where they’re going to have to really buckle and give him greater control and more money to keep the brand with Adidas ultimately.”

The National Hockey League (NHL), an organization managing 32 professional ice hockey teams in North America, announced on Thursday that it plans to...

As read in our many celebrity interviews, countless Hollywood A-listers credit simply “drinking a lot of water” as the secret to their...

When It Comes To Summertime TikTok Dances, Jessica Alba And Her 11-Year-Old Daughter Haven Are A Perfect Match

Alba posted a flashback video to Instagram on Tuesday in which she and her...

According to a source close to Rihanna , "Rihanna is working on a...

Raphael Warnock defeated the Republican challenger Herschel Walker to maintain his seat in the U.S. Senate on Dec. 6. Neither candidate received over...