What Are Fashion’s Climate Risks? 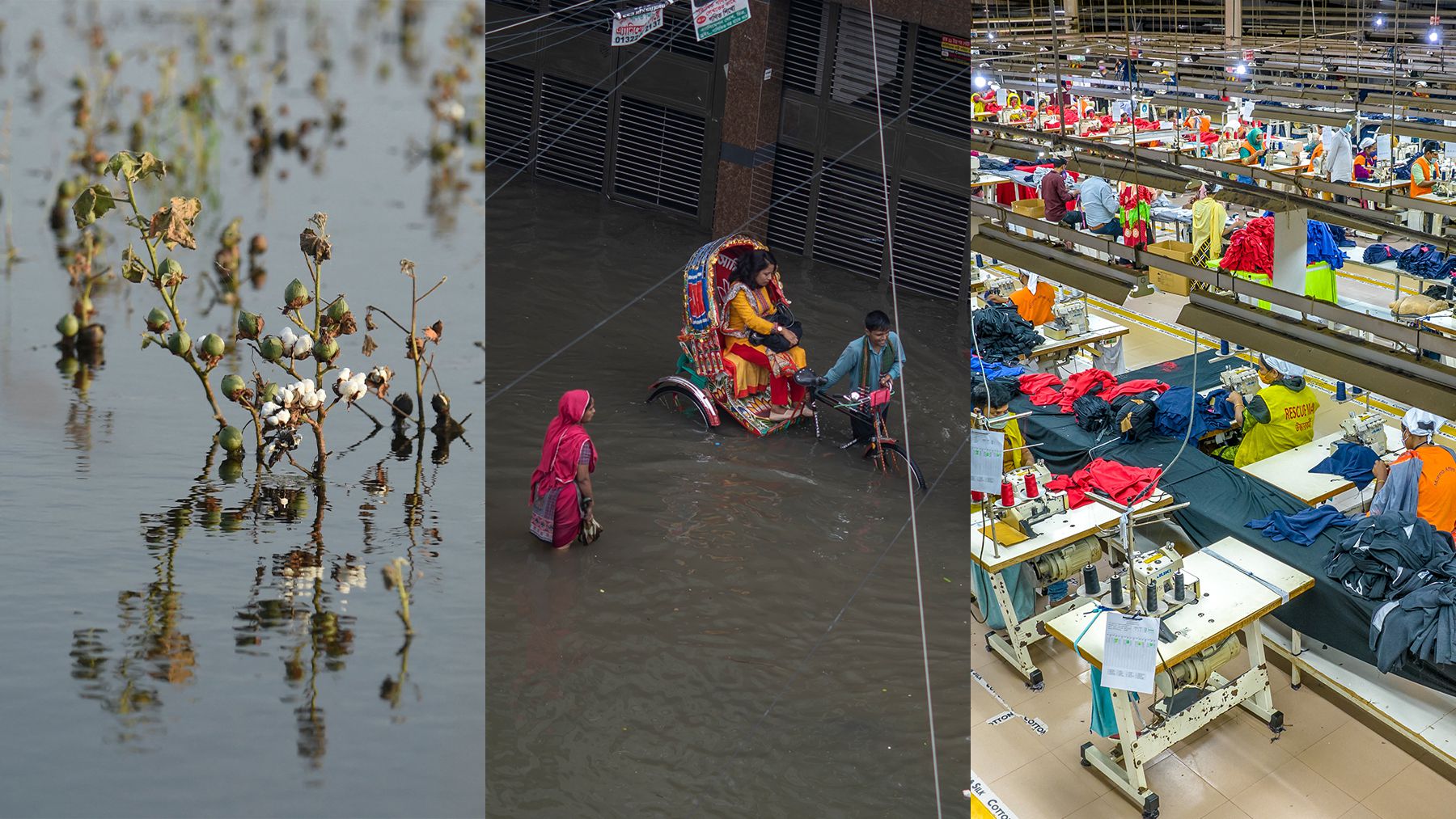 The policymakers and business leaders gathering for the UN’s annual climate summit over the last week have confronted a grim reality: The likelihood the world can avoid breaching critical climate tipping points is fast receding, with no credible plan in place to stave off disaster.

The world is emitting record amounts of greenhouse gases, according to the annual Global Carbon Budget report released Friday. There’s a 50 percent chance temperatures exceed the globally agreed cap that could avoid the worst effects of global warming by 2030, it found.

Devastating floods in Pakistan and drought in the US are just some of the ways the fallout is already being felt — with knock-on effects for fashion. As the risks of extreme weather and record temperatures worsen, the industry faces threats to raw material production, labour rights and supply chain stability.

“There are clear risks and challenges across the supply chain,” said Dr Helen Crowley, partner at climate change advisory and investment firm Pollination. “The concept of going into an unstable climate is something we really haven’t had to deal with before… [and] it’s only going to get more volatile.”

Here are some of the key ways these risks will play out for fashion companies.

Pakistan’s deadly floods over the summer eradicated some 40 percent of the country’s cotton crop, according to government estimates — a major blow for the world’s sixth-largest cotton producer. Adverse weather conditions in recent months, from droughts to mudslides, have similarly blighted top-four cotton producers China, India, the United States and Brazil.

“When you look at physical risks in raw material production, it starts getting really scary, because then you’re talking about droughts and floods and fires, and the actual direct impact that will have on your wool production systems, your cashmere, your cotton, and the livelihoods that are associated with that,” said Crowley. Brands need to be thinking not only about how their operations impact nature, but how they are dependent on it, she added.

Fashion companies have made splashy commitments to shore up their raw material supply chains, with brands including Allbirds, Ralph Lauren and LVMH promoting regenerative agriculture projects that promise to make land more resilient to climate change. Advocates say these farming practices geared towards restoring soil health mean water can be better absorbed during heavy rains and moisture better retained in a drought, but such efforts are still relatively small-scale.

Big brands are already under growing pressure from regulators and consumers to address human rights abuses in fashion’s supply chain. But climate change is going to make the risk of these occurring much worse, with many of the industry’s biggest suppliers among the world’s most climate-vulnerable.

From sun-scorched farms to poorly ventilated factories, rising temperatures expose workers to heat stress and other related health and safety risks. The resulting productivity loss will be equivalent to 80 million full-time jobs globally by 2030, assuming the world meets its (currently distant) goal to cap global warming, according to the International Labour Organisation.

Meanwhile, increases in food insecurity and mass migration caused by climate disasters are set to increase risks of modern slavery, with garment producing hubs like Bangladesh, India and Pakistan likely to be hardest hit, according to a report released last month by risk consultancy Verisk Maplecroft.

Brands need to look at the extreme social and labour issues that are likely to cascade from climate change, and how they could materialise in their own supply chains, said Will Nichols, climate resilience team lead at Verisk Maplecroft.

“You can’t can’t just look at climate in isolation, or modern slavery in isolation… these things are all intertwined and interact with each other,” he said.

Over the last few years, big fashion brands have had to get comfortable with supply chain volatility, as first the pandemic and then the war in Ukraine pushed the flexibility of global supply chains to their limit. Climate change risks taking disruptions to another level in scale and frequency.

“The flip that needs to happen is the recognition that this is not just presenting some difficulties in my supply chain — that this is fundamentally a financial risk,” said Crowley. For instance, finding and shifting to alternative sources for raw materials is costly, particularly if everyone is pursuing the same rare commodities, she added.

To be sure, many big fashion companies already have diversified supply chains geared towards managing disruptions, said Guillaume Leglise, apparel analyst at Moody’s. The ratings agency characterises fashion’s climate risk as more of a reputational than a financial one, though categories with more concentrated and specialised supplier bases, like footwear, are perhaps more vulnerable, Leglise said.

Many brands will find it hard to judge just how exposed they are to climate risks because they still have very little visibility over their suppliers.

“If you don’t know where your raw materials are coming from,’’ said Cliodhnagh Conlon, associate director at consultancy Business for Social Responsibility, “it’s very difficult to have contingency planning.”

The Five-Year-Old Dream Kardashian, A Child Of Blac Chyna And Rob Kardashian, Has Already Started Kindergarten

On Tuesday, the young child's mother posted a sweet photo of her little replica...

Designer Seema Kashyap closed the 5th season of the Couture Runway Week (CRW) with her collection ‘The Front Row’ with actor Ishita Dutta...

Haven’t you heard? Japanese denim is, de facto, the best. “Denimhead” fanatics have been extolling its virtues for quite some time now. In...

The Real Housewives of Miami actress said that none of her relationships had produced...