The future of watches or a gimmick? Stylish, or not so? Smartwatches have been the biggest disruptor in the timepiece business ever since the first Apple watch was released in 2015. But, of course, watchmakers have been trying to pack more functionality into their products for decades, long before the advent of the smartphone.

Hamilton launched the first LED digital watch in 1972; Timex and Casio’s first calculator watches came out a few years later; in 1982 Seiko created a watch with an in-built TV, and two years later its first wrist-worn computer terminal; there was a pager watch in the 1990s; and Microsoft actually launched a ‘smartwatch’ – that’s what it called them – back in 2003.

Watches have always been getting more intelligent. But it was Apple’s – and more specifically the ability to link it to a smartphone – that was the game changer. Just how far that game has changed, or will, remains to be seen.

What Makes A Watch A Smartwatch?

First the mobile phone became, in effect, a computer in our pocket. Now the smartwatch looks – with further miniaturisation – to become a computer on our wrist, or at least an extension of one. For the time being, any advanced functionality is dependent on its connection to a nearby smartphone. 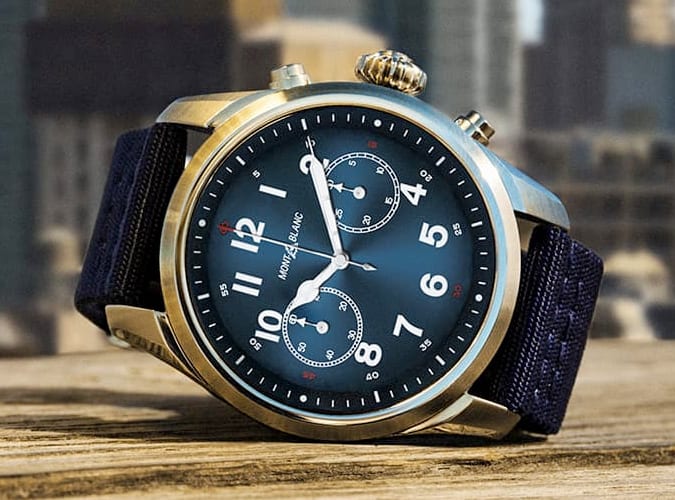 Whether you need a smartwatch is another matter – they work well as fitness watches and perhaps for those who travel a lot. But beyond that it’s really for those, in a sense, too lazy to get their phone out of their pocket – a means of getting a quick glimpse or access to many of the apps the wearer uses.

At least, that’s how the Swiss watch industry tends to see them – more as novelty than real competition. After all, a mechanical watch is a very different thing – an expression of craft and materials that, arguably, evokes something emotional rather than practical.

That said, the famed makers of said watches are eyeing the boom in smartwatches somewhat nervously. This is because some studies have suggested that people raised on cellular tech not only have diminishing interest in wearing a watch full stop, but if they can be convinced to wear one, they expect it to do more than just tell the time. 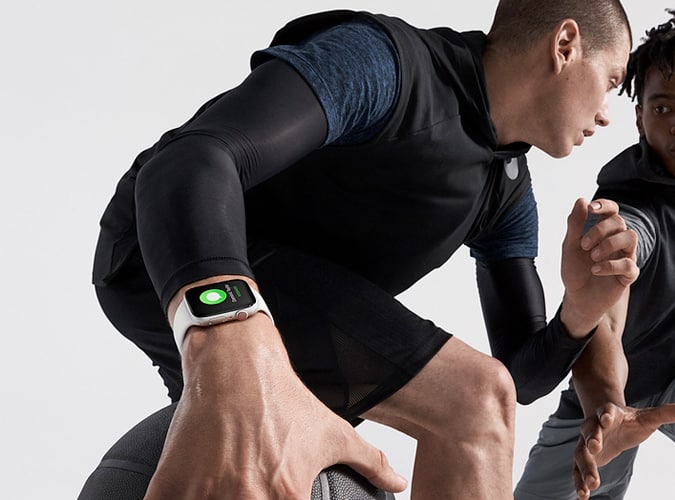 “I think the fact is that all of us will be wearing some kind of smart device in the next five to 10 years,” as watch designer Max Busser of MB&F has it, “because connectivity will just be that important. The possibilities for how these devices will be used are just so varied.”

Some kind of smartwatch – analogue, touchscreen, some kind of hybrid – is likely to be the mainstream future of wristwear, with mechanical watches surviving but becoming an ever more esoteric, specialist interest. Or, at least, that’s what this app says. But then it does need upgrading.

The Best Smartwatches On The Market

It wasn’t the first, but thanks to the brand’s cultish following, Apple’s smartwatch certainly fired up interest in a product sometimes dismissed as more gimmick than benefit. As with any next-gen tech, it’s meant to be the same as before, but better, and the Series 4 is that: a larger screen, bigger buttons, improved sensors and better performance, including a ceramic and crystal case back, which improves cellular signal and makes performing calls with the watch now a real proposition.

If that is, talking into your wrist doesn’t still strike you as odd. But then, like Bluetooth ear-pieces gave us people talking to themselves, it’s only a matter of time before tech re-moulds our behaviour and the strange becomes mainstream.

As the Apple Watch is for fans of Apple, so the Galaxy watch is for fans of Samsung – as with so much tech, the ecosystem of your smartwatch often matters. Unlike the sci-fi style of the Apple Watch, however, the Galaxy hides its functionality under the proverbial bushel – with that stainless steel case and diving watch-style bezel, it looks much more conventional than it is.

The bezel, in fact, is how you navigate the Galaxy’s applications, arguably a more satisfying method than big fingers on a tiny touchscreen. It’s good for fitness too – including swimming. This is a smartwatch that’s even water-resistant down to 50m. 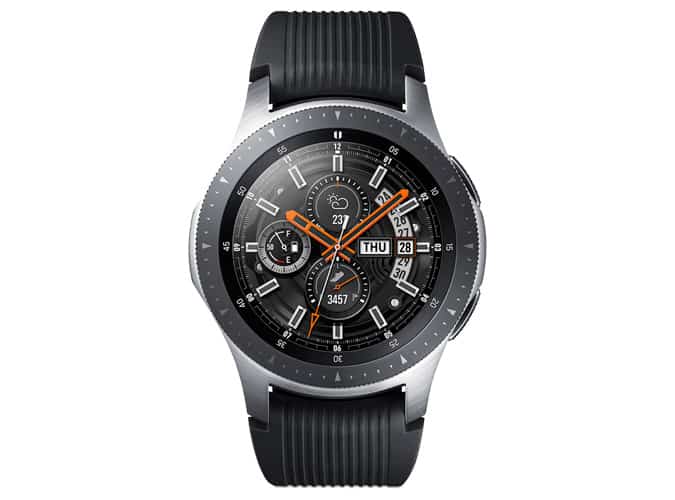 You can’t fault the exterior of this watch – DLC (or ‘diamond-like coated’) steel or grade 2 titanium are options – but then, to the tech-literate, the interior is impressive too: the Summit 2 has a new Qualcomm Snapdragon 3100 chip. One benefit of being the first smartwatch to have this is that it gives the wearer (a claimed) battery life of up to a week between charges on ‘time-only’ mode.

Yes, if you have to occasionally wind that mechanical watch, of course you more than occasionally have to plug in the smart variety. With Google’s Wear OS, Montblanc has clearly gone to the experts for the techy stuff and focused on the hardware itself – but in a clever way too. Those traditional pushers launch apps of your choosing. 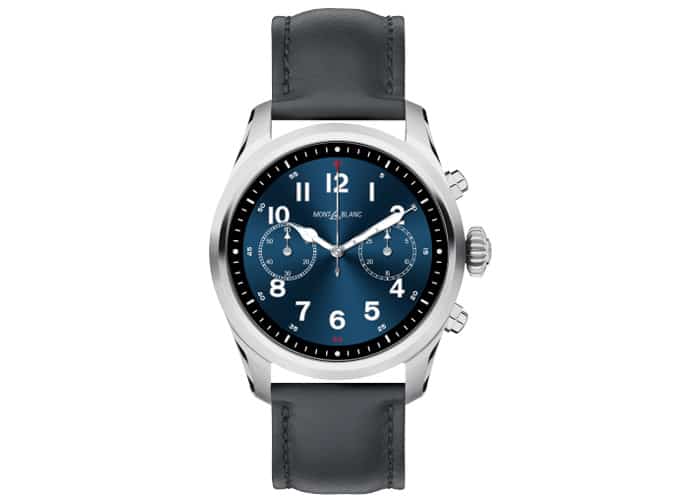 Tag Heuer was one of the first big names in luxury watchmaking to embrace the idea of the smartwatch, rather than to see it as the enemy. “We can’t ignore the trend,” as the brand’s then CEO Jean-Claude Biver put it when the Connected series was launched. “As a luxury brand with an ‘affordable’ entry price we could not miss the connected watch. We must adapt to tastes of a younger generation.”

Often reviewed as the best, if most expensive, Android smartwatch on the market – it’s the first smartwatch to achieve ‘Swiss made’ certification too – the Connected has a modular design, meaning there are some 4000 options of case and lug material, bezel colour, strap type and so on to make the watch more your own. 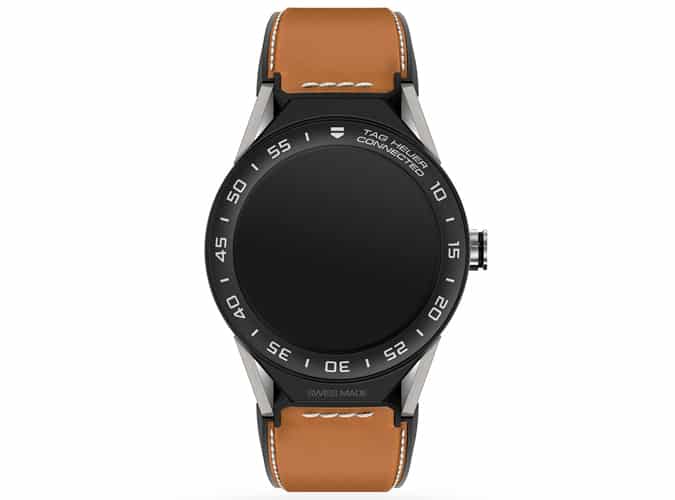 Although the gulf between smartwatches and what the Swiss watch industry might call a ‘proper’ watch is closing, there’s still a sense that these are two distinct worlds. Frederique Constant is one of the first high-end makers to produce models that are very much classic timepieces on the outside, but – thanks to a partnership with Alpina and a Silicon Valley tech company – on the inside capable of two-way communication with a smartphone.

All info regarding alerts, sleep monitoring, activity tracking and the like is displayed using traditional analogue hands – which saves the aesthetic albeit, arguably, at the cost of utility. “There [have been] technical challenges, explains Frederique Constant’s head of watchmaking Pim Koeslag.

“Normally, for example, connected devices are essentially plastic to assist the transmission of radio waves, and stainless steel is not so good for that. So we had to rethink the dial to allow transmission through the glass – you can’t just start using materials not associated with high-end watchmaking. The results might encourage a re-think of the watch market and what a ‘smart’ watch is.” 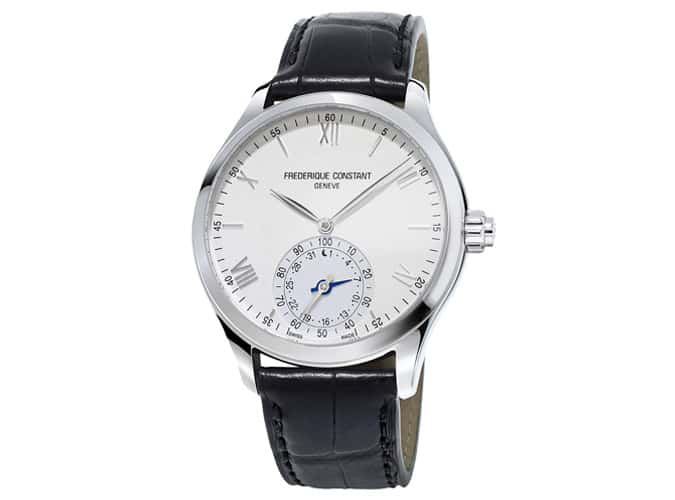 If the watch world once made distinctions between serious watches and fashion ones, the advent of the smartwatch has opened up a new market for makers of the latter. Since the tech in a smartwatch is quickly outmoded, few people want to spend too much on one in the first place. Nor are ‘fashion’ watches beholden to the same standards of make as the ‘serious’ ones.

Enter the likes of Fossil, with a hybrid model – one which, typically lacking a touch screen, makes it more affordable or power-hungry too. The Collider looks as though it was designed at a swanky studio in Scandinavia, but its hands whizz and its vibration whirs to tell you to check your phone for various alerts. 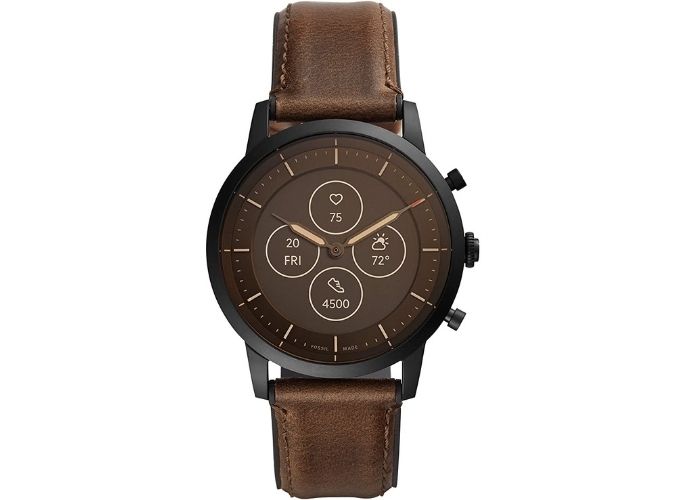 For every smartwatch trying to look like an upscale mechanical one, there’s a model happy to embrace the inherent shelf-life in tech with a more bare bones aesthetic. And so the Huawei Watch 2 may be a little plasticky (for all that it has a scratch-proof ceramic bezel) and a little bit bulky.

And yet it has 4GB of storage for music, GPS, wifi, bluetooth, 4G connectivity and – as many smartwatches at least aim at offering – a suite of toys to help your fitness regime, including a real-time heart-rate monitor, dedicated health app, coaching facility and workout stats. It won’t actually get you exercising – maybe a small electric shock every minute until you start moving would work – but it’s a good companion when you do. 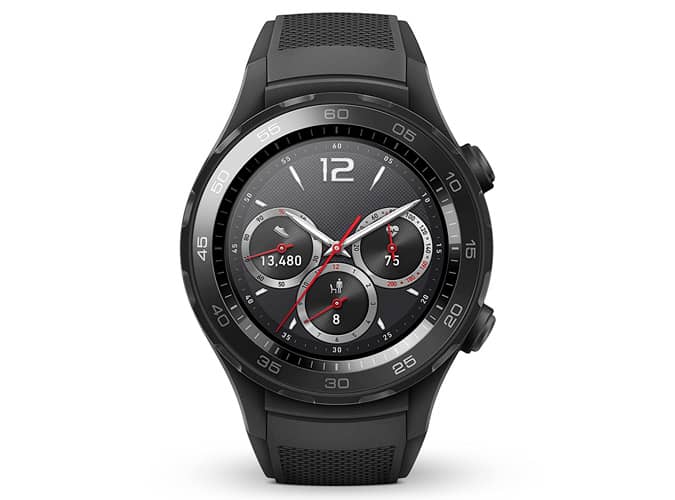 Social media marketers—who are you talking to? Or better yet, who do you think you're talking to? If you don't have a clear...

I, like many other people, especially busy moms, love and appreciate a good two-in-one product. This summer, Grande Cosmetics added a new product...

How Kanye West has influenced music, fashion, and society

On the rapper's 45th birthday, we reveal why Kanye is more than music. ...

On Friday, North West Shared A Video On TikTok Honoring Kim Kardashian As She Turned 42