Alicia Vikander doesn’t exactly have the best track record when it comes to the covers of our favorite fashion glossies. With the exception of British Harper’s Bazaar and American Vogue, most magazines (British ELLE, Vanity Fair, Porter and Vogue Japan) fail miserably to profile the Swedish actress. That didn’t stop Vogue Scandinavia from asking her to cover its June/July 2022 issue, however. Photographed by Thomas Cristiani with styling from Victoria Sekrier, the Louis Vuitton brand ambassador naturally wears a silk embroidered dress from the French fashion house’s Spring 2022 collection. 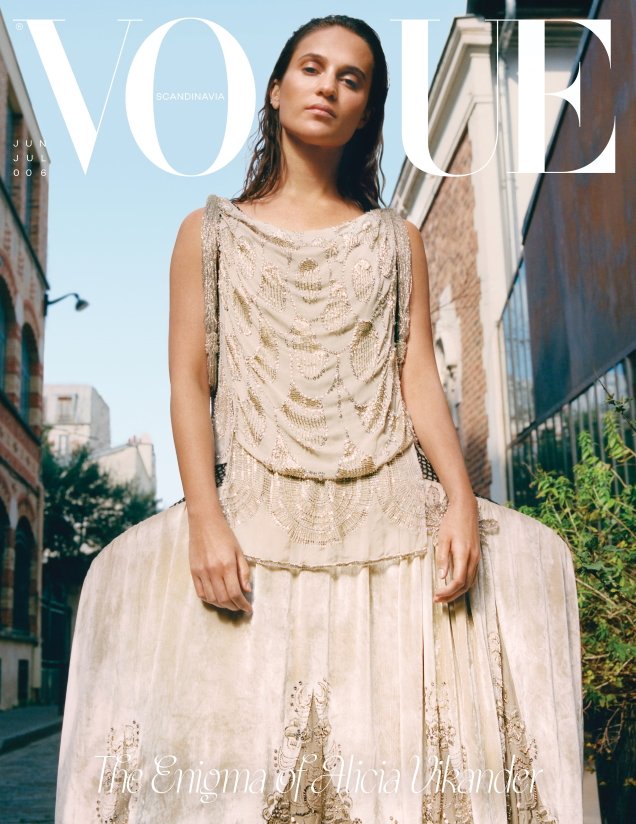 As expected, Alicia’s latest Vogue cover is a total flop. “The Enigma of Alicia Vikander? She’s an enigma now? I guess that’s one way to spin it,” declared dfl-001.

“The enigma is in fact when we’ll see her shine on a print magazine…” Xone pointed out.

“Is she melting? Looks like a costume party and she showed up as a mop. One of the worst Vikander covers and that’s saying a lot since they’re all bad. How does she keep booking these covers? Does she move much Louis Vuitton product? True mystery,” added zoom.

Bertrando3 isn’t impressed: “This woman will NEVER be able to look good on a magazine cover, she’s bland and doesn’t know how to pose or give anything…”

“Alicia Vikander appears to just shut down and shows zero signs of life whenever a camera is put in front of her, which I continue to find baffling. She’s dressed in a truly hideous Vuitton getup, the angle is shockingly bad and the lank posing is horrific,” echoed vogue28.

“The fact that this is a Vogue cover…” remarked Urban Stylin.

It’s time I face it: Big, bouncy curls are just not in my future, nor have they been in my past. I...

Luxury Set for a ‘Bumpy Ride’ in China

Luxury’s much-needed China recovery is finally on the horizon, as the country moves away from its strict zero-Covid stance.Last year, in a significant...

Kandi Burruss Has A New Episode Of ‘Speak On It’ Out