Over recent months, models have been gracing the covers of American ELLE with the magazine making Kaia Gerber, Grace Elizabeth and Precious Lee cover stars. But Nina Garcia also fancies musicians for the title’s front covers from time to time. After all, we’ve watched everyone from Dolly Parton to Cardi B land starring roles. Now Doja Cat makes her debut covering the publication’s June/July 2022 issue. Captured by Adrienne Raquel with Patti Wilson on styling duties, the American rapper, singer and songwriter rocks bold looks from Duran Lantink, Valentino and Dolce & Gabbana across three covers. 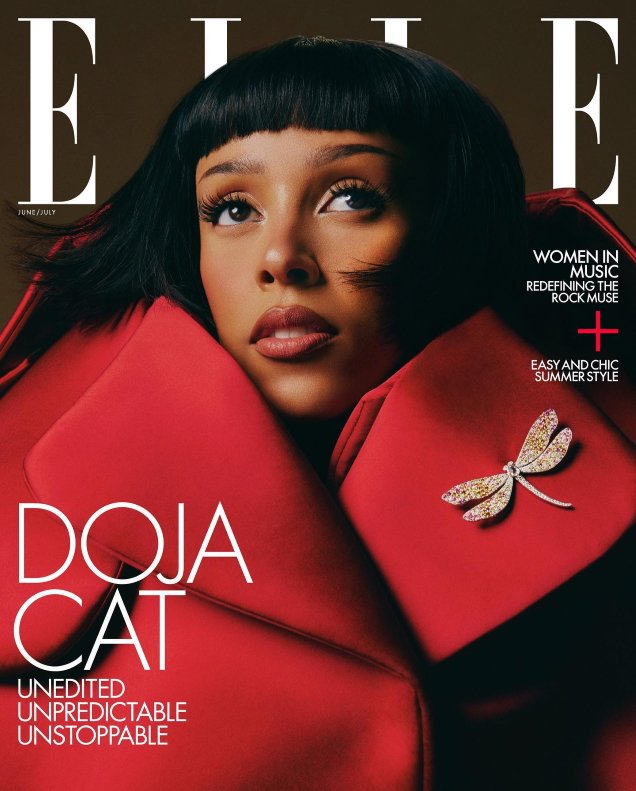 In the eyes of our forum members, however, the outcome leaves a lot to be desired. “It’s not a good result, but it’s not tragic. It seems that the covers had potential that was not well used!” voiced DK92.

Simera felt the same way: “The first cover makes me think of Christmas, yuck. What happened to fun summer covers?”

“I love the first cover, but wondering where summer is,” Urban Stylin chimed in. “The other two are not my cup of tea, the pink looks like a straitjacket, the red looks dated like it should have been released in 2014.”

“Very dark and heavy for summer covers indeed. None of the three covers do it for me, which is a shame because American ELLE has been slaying the game lately (with the exception of last month). The fashion styling and beauty styling are dreadful, hate the hair on Doja Cat here,” added vogue28.

“These covers (particularly the first one) are great, but they look very fall/winter to me,” echoed Handbag Queen.

Adidas AG is launching an investigation into claims that the rapper Ye was allowed to behave inappropriately toward staff at the German sneaker...

The head of the fashion house, Donatella Versace, personally invited the British actress to...

Lauren Graham on Her New Book, Telling Time By the Way Her Hair Looked on “Gilmore Girls,” and the Power of a Good Juice...

It’s afternoon on a sunny day in Beverly Hills and Lauren Graham is ready for a quick coffee refill. “Can I please...