We Asked Four Leading Wellness Experts About Setting Intentions For...


One of the most glamours and certainly one of the most uniquely unforgettable things you can do while in Dubai is a desert safari tour via Platinum Heritage Dubai – I did extensive research and they always came up as the most recommended option and they far and exceeded everything I heard.  What’s so unique is that your tour is done in a vintage Land Rover (though you can also opt for an air conditioned car). You’re also given safari gear, including a headscarf (sometimes referred to as ghutra or sheila). 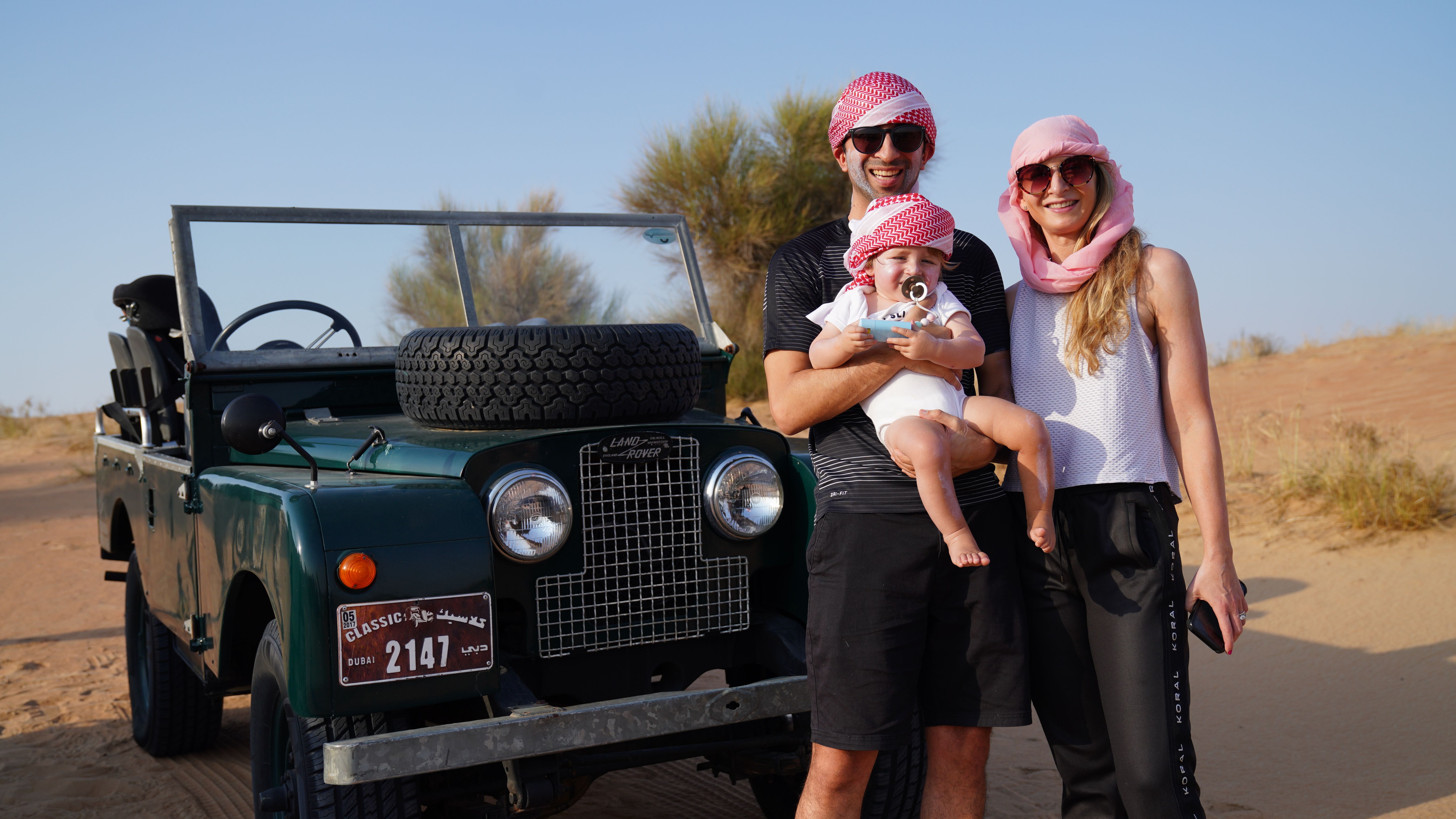 Platinum Heritage are also one of the only tour companies that allow you to bring a baby. We booked a private tour (which is required if you’re traveling with a baby/toddler), and a driver picked us up from our hotel with a car seat for the baby (click here for the specific option we opted for). It was an oversized, super comfortable SUV with plenty of room to relax before the safari. 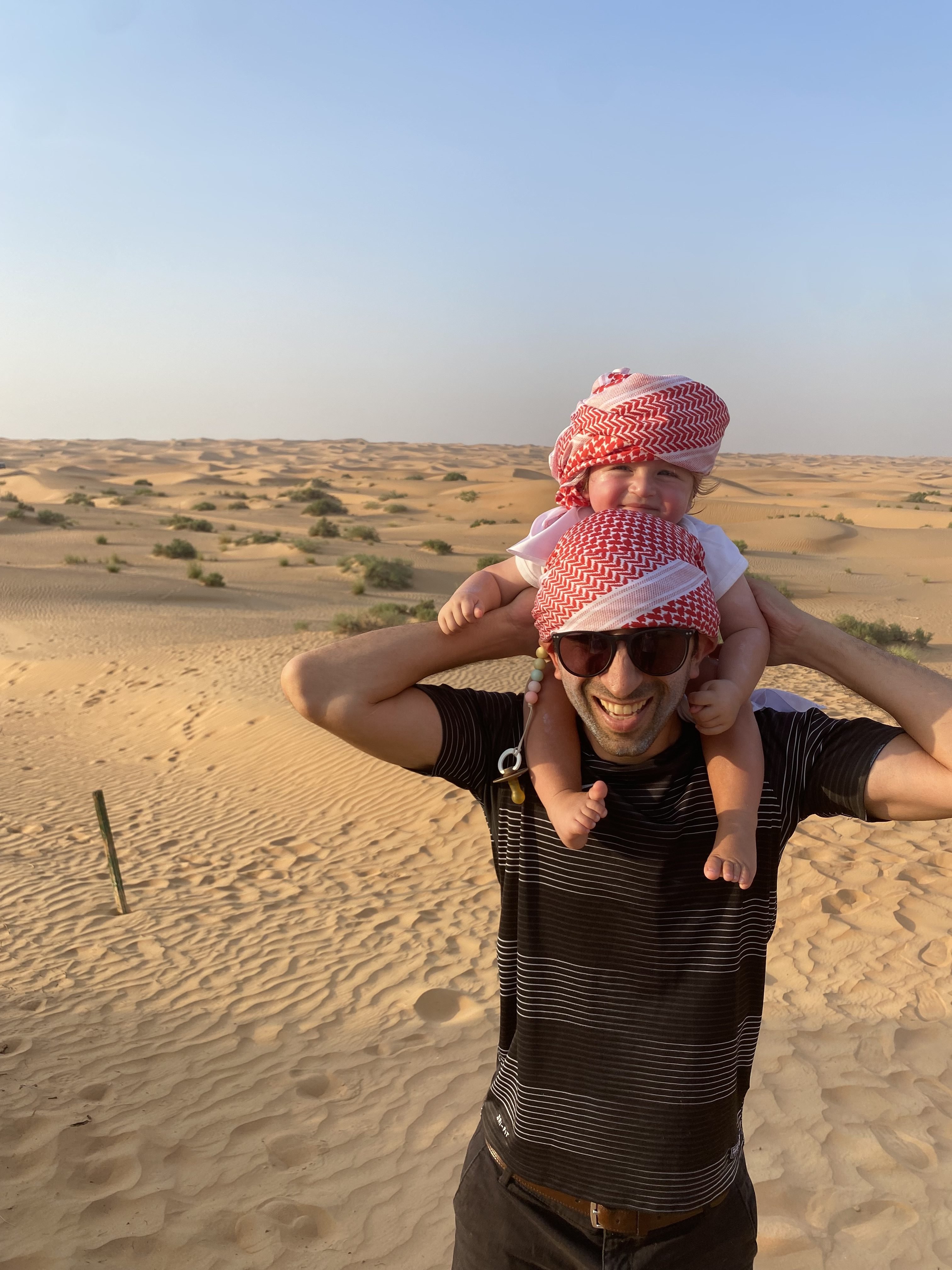 They offer a number of tour options (as well as hot air balloon experiences). Ours started with a drive to the Dubai Desert Conservation Reserve where we geared up. I assumed that the headscarves they give you were just for show, but they actually helped keep us cool! It was 95 degrees the day of our safari trip (but my iPhone told me it “feels like 119”) and yet it was totally bearable – even for my 14 month old son who, surprisingly, didn’t complain when he too got a headscarf. 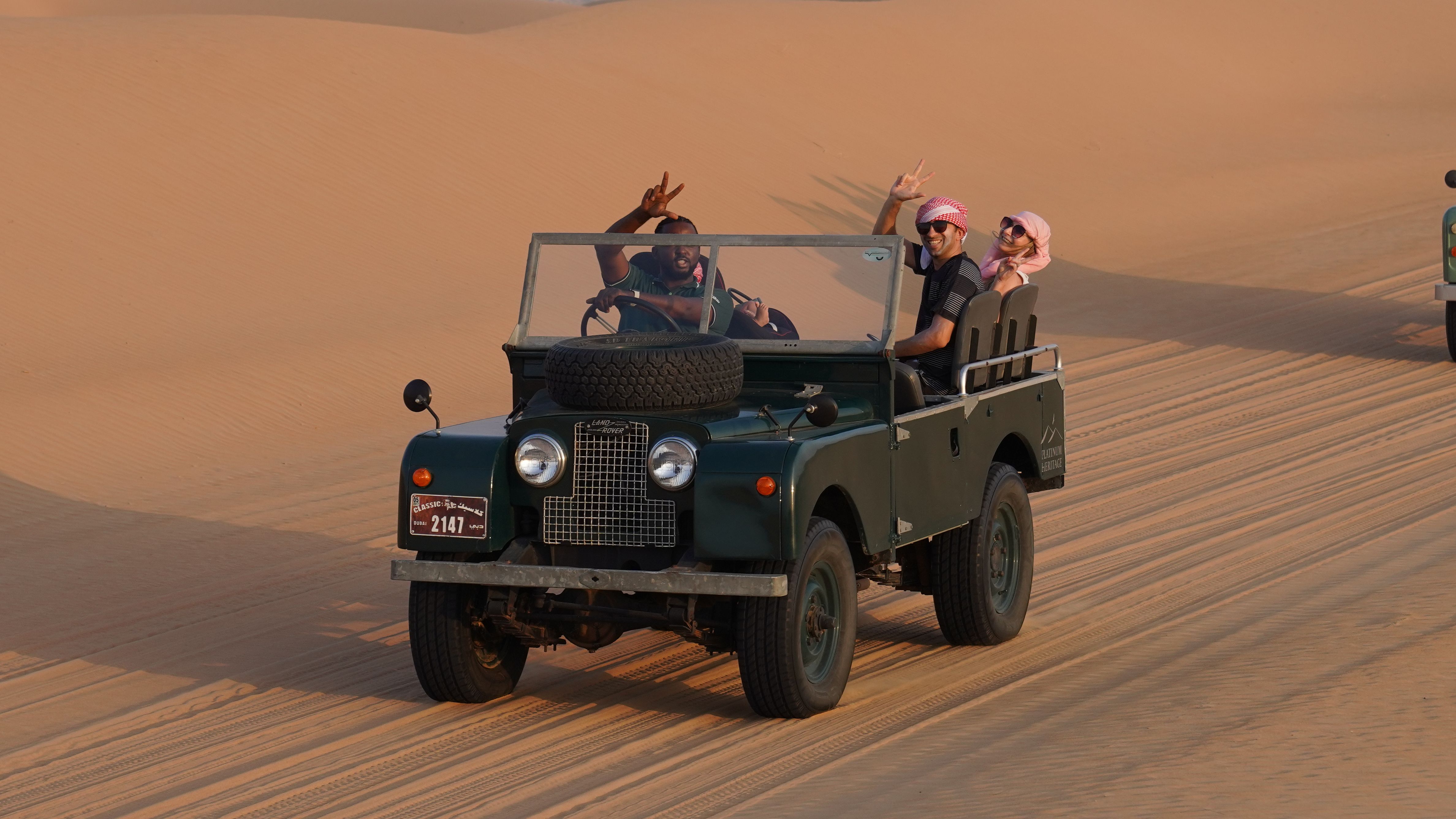 After gearing up at the reserve (and hanging out with some camels along the way) we went on an hour tour across the desert before taking in a falcon show and then settling into our tent for a multi-course Emirati dinner and live entertainment. Our guide was AMAZING. He was so knowledgeable as he gave us insight into the natural wildlife and helped showcase Emirati cultural heritage. 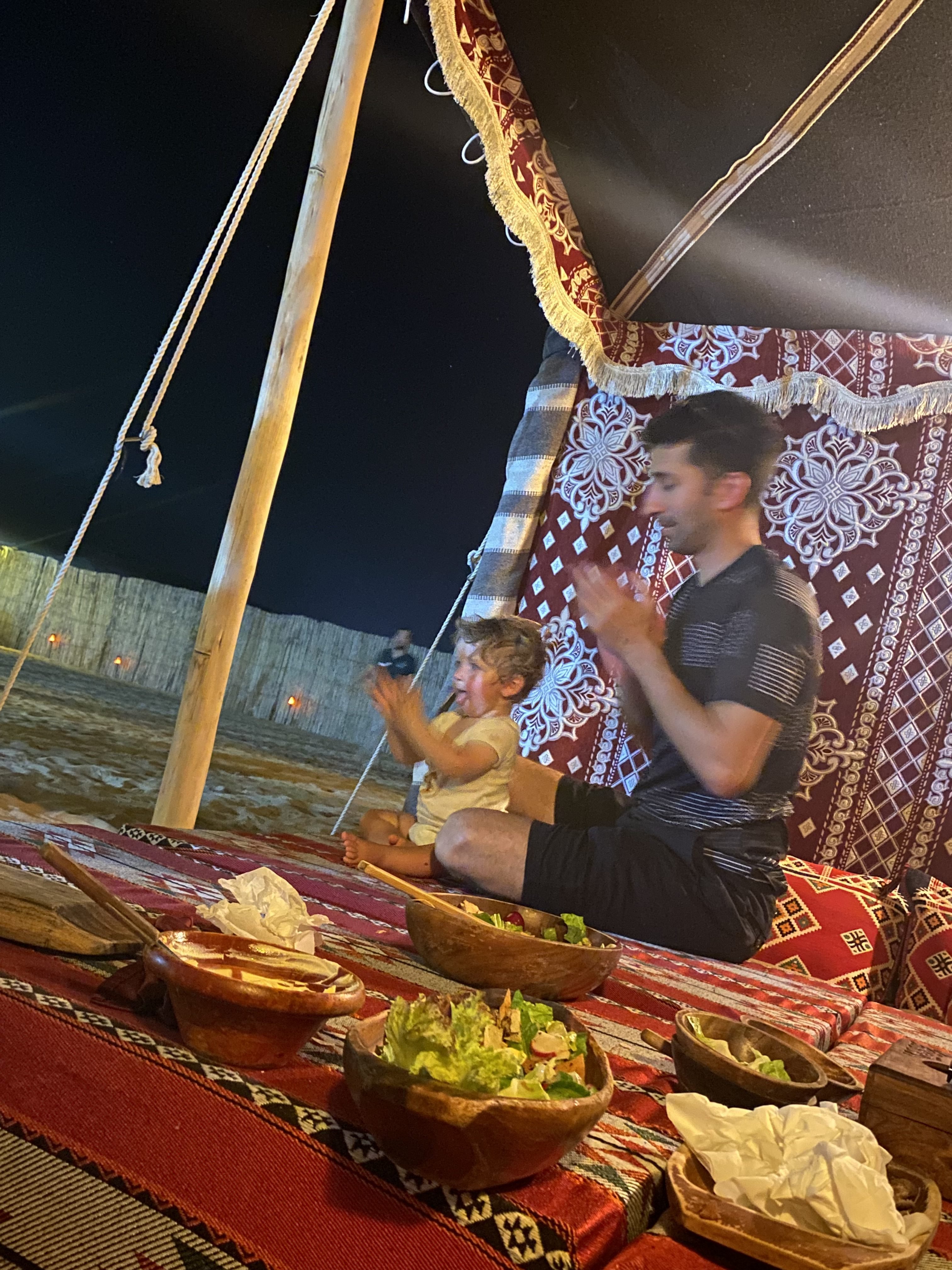 I was also impressed by the food spread, which included bread and coffee (which they make in front of you) and some amazing hummus among many other dishes (coming from someone who spends a lot of time throughout the year in Tel Aviv…). As you can see from the photo above, despite it being hours passed my son’s bedtime, he was having the time of his life. My one regret? I did not dress appropriately for the desert. I was so worried about burning that I opted for a breathable Koral two piece look when, as it turned out, it wasn’t actually that sunny – mostly it was just hot, so I wish I had opted for something more flowing and breathable.

Click through our slideshow below for a look at what I wish I would have worn for the desert experience (plus two headscarves I’ve purchased, inspired by the safari style). While I won’t have the opportunity to do another safari anytime soon, I’ve already added many of these items into my cart to keep the Emerati vibes going.

I swear by Dr. Dennis Gross Skincare DRx SpectraLite FaceWare Pro. I use it daily (it’s only three minutes) before my night skincare routine....

Reports are coming in that the comedian and Parks and Recreation actor, Aziz...

As host of "The Tonight Show," Jay Leno has remained relatively tight-lipped regarding his political leanings. Mavis Leno, on the other hand, is...

Drake put on quite an emotional show at his annual OVO festival...

Find Your Career with Angel Number 1212

Guest post by Bryan WesleyDoes Angel Number 1212 keep popping up in your life? This might be a message sent from your guardian...