It’s unfortunate that Vogue Germany is a shadow of its former self. Within the space of several months, only one cover with Grace Elizabeth has managed to command our attention. Given the fact there is nothing like a supermodel to propel a magazine back into the spotlight, the German fashion bible selects Naomi Campbell for its double July/August 2022 offering. The living legend fronts the publication four years after her last appearance this time captured by photographer Dan Martensen. In the cover portrait, the fashion icon showcases a look from Christian Dior’s Fall 2022 haute couture collection courtesy of Kate Phelan. 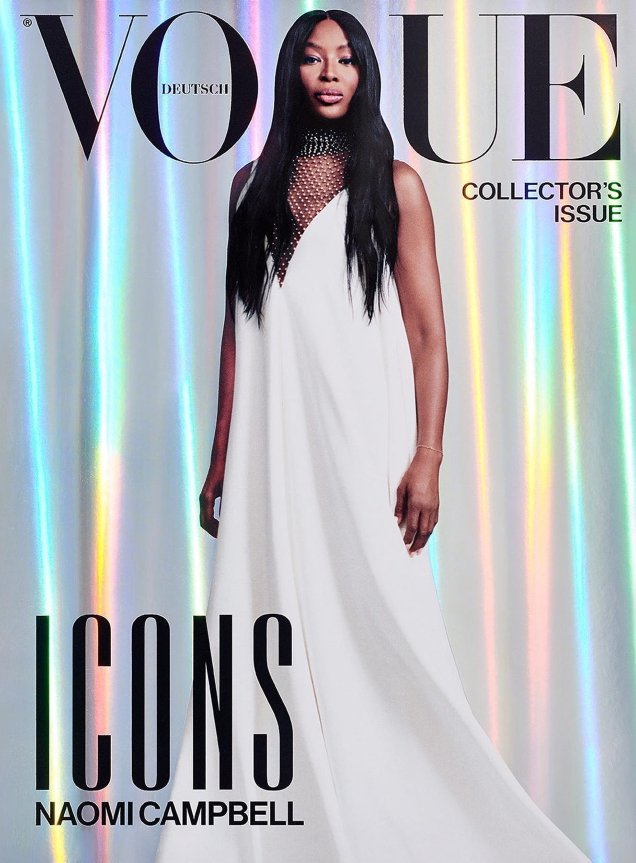 Members of our forums aren’t sold, however. “A holographic shower curtain with a badly Photoshopped Naomi Campbell in front of it warrants a collector’s item these days?” asked Melancholybaby.

“What a dull cover and the holographic effect just makes it less collectible. Naomi seems to be in the phase of her career where she’s willing to be photographed by anyone as long as she’s guaranteed a cover,” said mepps.

“Dull styling, dull photography. I don’t like the pose or the hair or the dress. A complete miss, sadly!” proclaimed aracic.

“Naomi is an icon, but her work lately doesn’t live up to that moniker. There is none of the energy and vibrancy here as in any of her work during her heyday. That is one seriously dull cover,” dfl-001 pointed out.

“The cover is far from Naomi Campbell’s finest moment and I find everything from the styling to the photography bland,” echoed vogue28. 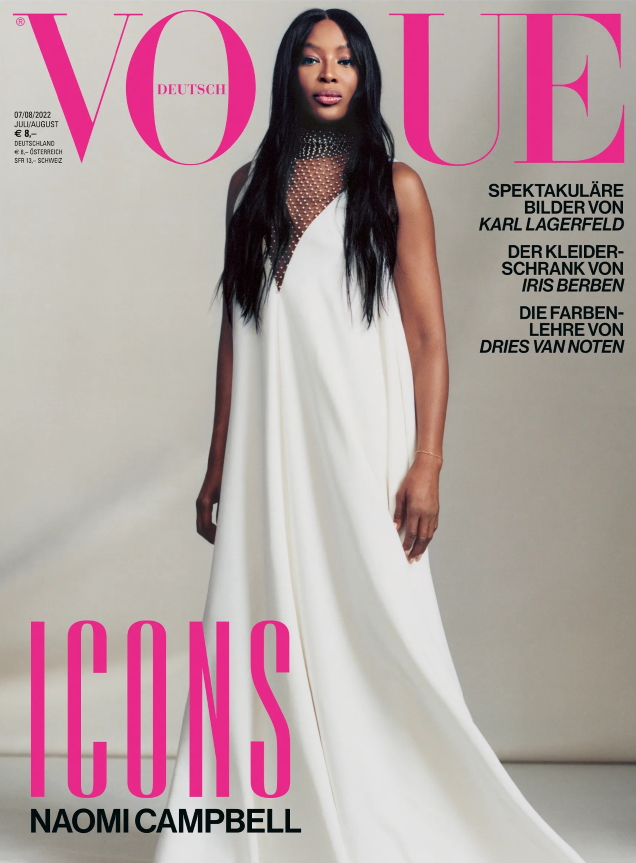 Take a look at more from the issue here.

Of all the covert workhorses plying their trades across your body, the humble undershirt deserves a spot in the hall of fame. It’s...

The Daily Show has a long and rich history and another big part of...

Unisex scents have been around forever, but over the last few years the trend has been exploding, and it’s only growing stronger. In fact, the...

I remember being introduced to the Dyson Airwrap back in 2018, and being totally wowed when I got the tool into my own...

The Supreme Court handed down a decision on Friday, June 24, 2022, in Dobbs v. Jackson Women's Health Organization that overturned the 1973 Roe v....