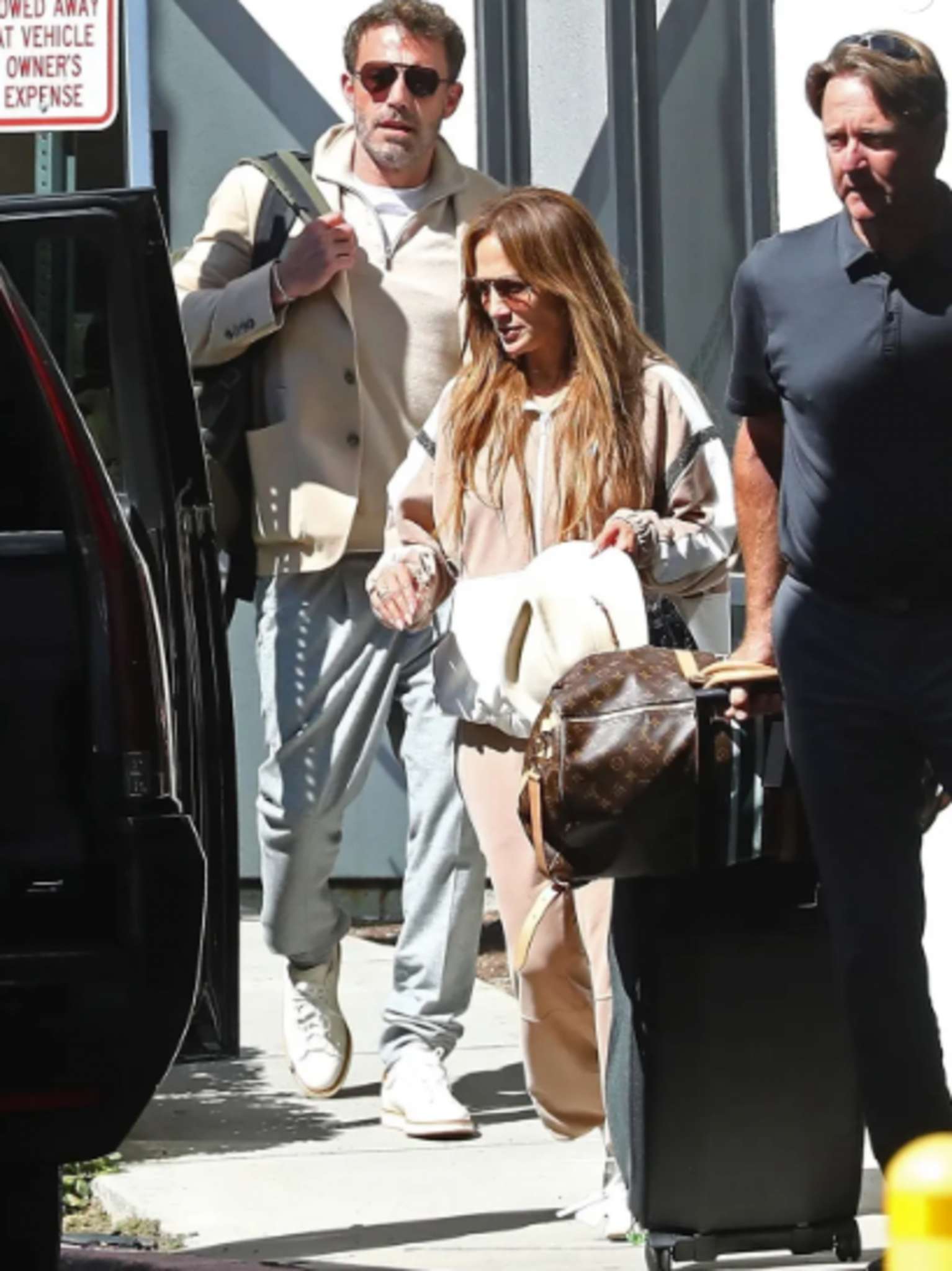 Ben Affleck and Jennifer Lopez returned to Los Angeles on Monday after spending a week-long honeymoon in Italy. Pictures showed the pair exiting their private plane at the Los Angeles International Airport and stepping into a black SUV.

Before they returned home as Mr. and Mrs. Affleck, the “Batman” star, who appeared revived, paused for a brief smoke. Affleck wore grey sweatpants, a beige sweater, and a matching jacket, while Lopez looked especially warm in a matched tan sweatsuit. The two also synchronized their clothing choices for the day’s journey.

Aviator glasses and white sneakers finished off their respective outfits. Affleck, 50, and singer, 53, of “Jenny from the Block,” spent the other week touring throughout Italy to commemorate their second wedding.

The couple indulged in a fashionable shopping spree in Milan and were seen holding hands on Lake Como as they took a break from their combined five kids.

The “Marry Me” actress singing for her new spouse at their marriage ceremony was caught on camera, interrupting their honeymoon paradise. Quick to voice her displeasure, Lopez said that the couple’s consent had not been obtained before the film was “shot without permission” and “sold for money.”

Lopez said on Instagram that whoever did it did take advantage of our personal moment. I’m not sure where you’re getting the idea that we signed non-disclosure contracts and requested everybody to keep information about our wedding to themselves.

The “Let’s Get Loud” singer appeared in the clip singing a brand-new song for Affleck while he sat by himself in a chair. The couple’s opulent wedding had several over-the-top components, including the broadcast concert.

The couple, who was hitched in July in Las Vegas, exchanged vows over the course of several days during a celebration that included a fireworks display, ATV rides, and musical performances.

59-year-old Johnny Depp was spotted in a new image when he was...

Kendall Jenner Marked The Occasion Of Her Wyoming Visit With A New, Tiny Tattoo

Kendall Jenner , 26, recently traveled to Wyoming for a rodeo and posted...

Celebrity gossip is something that fans love and look forward to all the time....

Georgina Rodriguez shared on her social networks photos from a private jet,...

After printing nine consecutive weekly red candles, a scenario not seen in its 13-year journey, Bitcoin (BTC) is back to winning ways after...