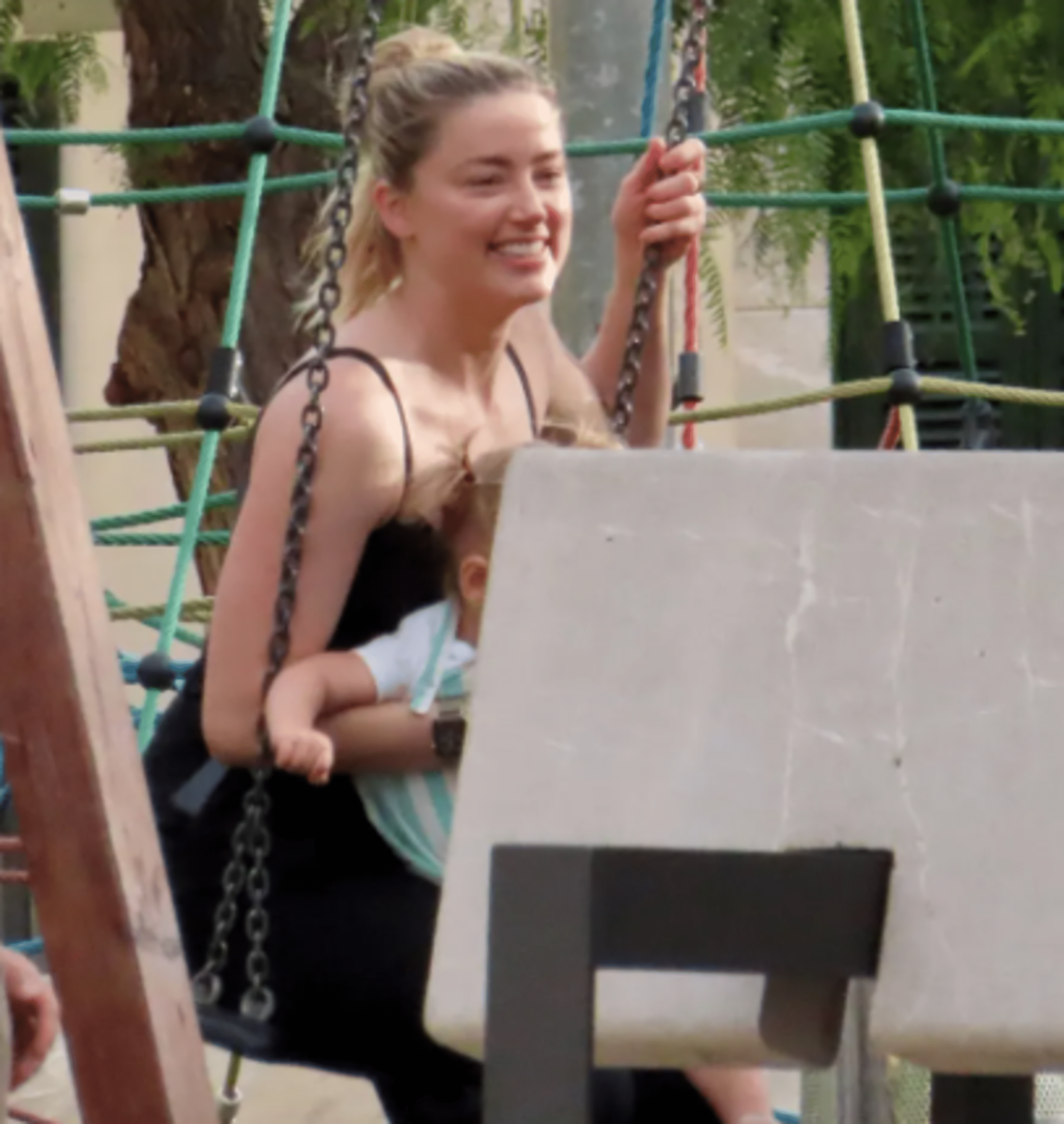 After missing in action for a few months, actress Amber Heard was spotted in Spain. On Friday, the Aquaman actress and her daughter Oonagh Paige, who is one year old, were seen in Palma de Mallorca, where she was also seen being around with her girlfriend, Bianca Butti.

In a number of the photographs, Heard can be seen having fun with her daughter in various settings, including on a swing set, walking with her and a group of friends, and taking in the sights of a European city.

It is currently unknown how long she plans to remain in Europe. Despite her loss to Johnny Depp in their defamation lawsuit in June, Heard, who is 36 years old, appeared to be joyful while surrounded by friends and her baby, who was born to her through surrogacy in July 2021. Because of this, Heard is in debt to her ex-husband for several million dollars.

The jury concluded that the actress from The Danish Girl was responsible for paying the actor from Pirates of the Caribbean $10 million in compensatory damages and $350,000 in punitive damages. But due to the counter-lawsuit that she brought, in which Depp was ordered to pay $2 million, and the cap that the state of Virginia places on damages, Heard was left to pay $5 million, which is money that she maintains she does not have.

Since then, she has pleaded with the judge to overturn the decision made by the jury. It would appear that Heard sold her desert ranch in California for $1.05 million in a backroom transaction so that she could assist pay off her debts.

Heard’s lack of financial resources did not prevent her from spending a portion of the summer in the Hamptons and then flying off to Israel, where she was seen relaxing with her friend Eve Barlow and Oonagh, who were both excluded from the courtroom throughout the trial.

BET founder, Bob Johnson, is highly regarded as one of the nation’s top businessmen and has been a longtime leading advocate of closing America’s...

Inside Unreal: looking back at 2022 and shining a light on what’s to come

Epic’s CEO and Founder Tim Sweeney is joined by guests from the Unreal Engine engineering, product management, and community teams. The episode kicks...

Did Mark Jansen And Elena Davies Stay Together After Big Brother?