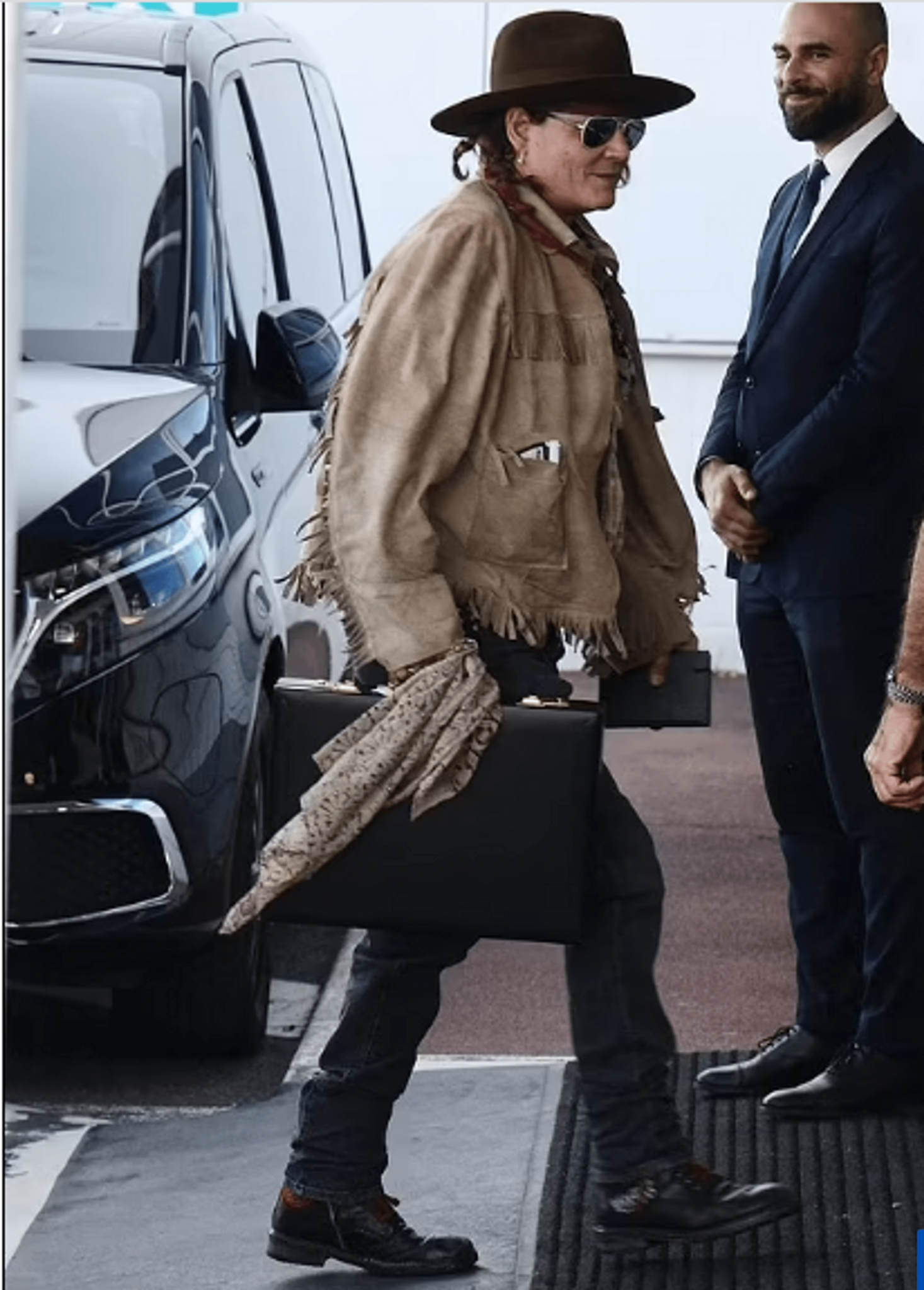 59-year-old Johnny Depp was spotted in a new image when he was heading to one of the airports in Paris.

He was dressed in black jeans, a shirt, a light beige fringed suede jacket, rugged boots, and a wide-brimmed brown hat with tiny red-chestnut pigtails showing through. On the face of the actor, there was no mustache and beard, which fans are already so used to.

According to E! News, the actor flew to the French capital to rehearse scenes for a film in which he will play King Louis XV.

By the way, during the fitting of wigs, the hair is braided so that it is convenient to hide it.

This will be Johnny’s first film work after a five-year hiatus and after winning a lawsuit against ex-wife Amber Heard , who accused him of domestic violence.

Also, the publication Poptopic claims that Depp is in talks with Disney about the role of Captain Jack Sparrow in the sequel to the film “Pirates of the Caribbean.” Rumor has it that the actor is ready to pay 300 million dollars if only he agreed to perform it again.

But the actor’s representative, in an interview with the Daily Mail, said that Johnny does not want to return to the picture under no circumstances.

He is categorical in his decision, and even big money is not ready to change this.

The couple took action in 2018 after the Amber Heard published an article in the Washington Post in which they accused their ex-spouse of abusing them and called themselves “victims of domestic violence.”

Depp and his lawyers immediately sued for 50 million in damages, claiming that Heard’s unprovoked attacks tarnished Johnny’s reputation and that he was expelled from the Pirates of the Caribbean franchise. He lost a hefty fee.

Heather and Terry Dubrow are demonstrating they're the most perfect couple on Earth. After...