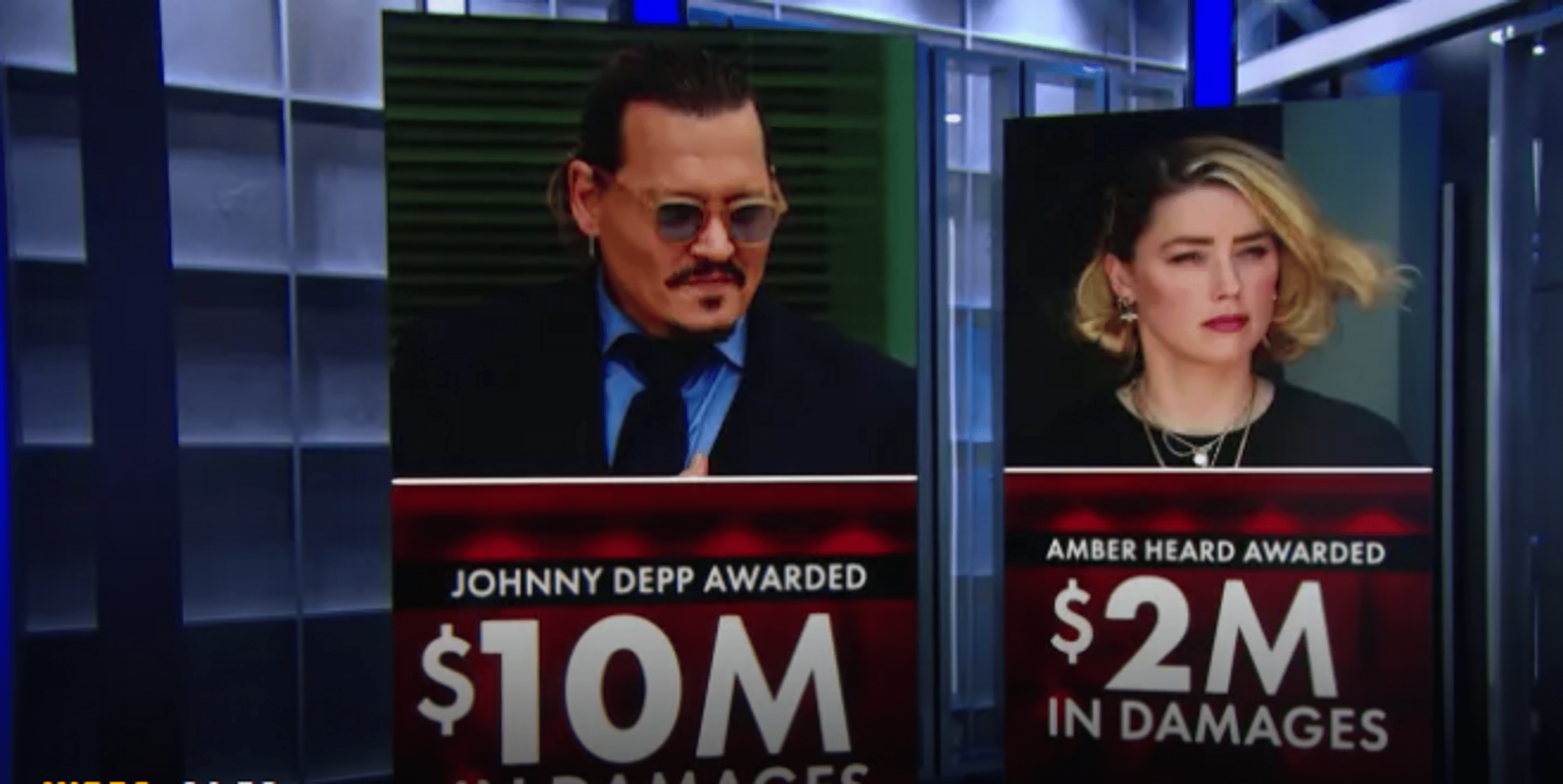 For 19 months, there was a trial between Johnny Depp and Amber Heard , and today it became known that the actor won on all three counts in a libel case. Depp disputed the actress’s article, which was published in The Sun tabloid for the Washington Post: it was there that it was indicated that he was a rapist and severely beat his ex-lover.

“Two years ago, I was a person who became a victim of violence. I felt all the anger and anger of this man,” the article wrote. In turn, Johnny replied that he had never committed such a crime and had never used physical or sexual violence against a woman. “My goal in court is for the truth to prevail as my reputation and career have been destroyed’, Depp said.

As a result of the verdict, Amber is obliged to pay the actor $ 15 million in compensation. However, the claim from Heard, which concerned the publication of Adam Waldman, Depp’s lawyer, was also satisfied, recognizing one of the specialist’s statements as slander. True, instead of the required $ 100 million, Amber will receive only $ 2 million. In addition, an important detail is that for the state of Virginia, the maximum amount of compensation is only $ 350,000, so the actress was very lucky anyway. Perhaps Amber assumed such a development of events because, most recently, the actress complained that Depp’s fans haunted her.

“I am persecuted, humiliated every single day. I’m sitting in this courtroom, here in front of the whole world, experiencing the worst moments of my life, and people want to kill me, put my child in the microwave,” the actress claimed.
By the way, the court decision was announced with a delay: the result was to be announced at 15:00 local time, but the judge asked everyone to leave the courtroom as the jury did not indicate the number of damages.

The Nashville police department verified to Variety that Michelle Branch was detained...

The wellness industry is about to get more personal.That's the key takeaway from actor turned entrepreneur Gwyneth Paltrow, speaking at the Goldman Sachs 10,000 Small...

While you can never go wrong with a classic crimson red, nude or pretty pink, for those ready to spice things up a...