At His Malibu Home, Kanye West Meets With Designers And Builders Beside An Unidentified Woman 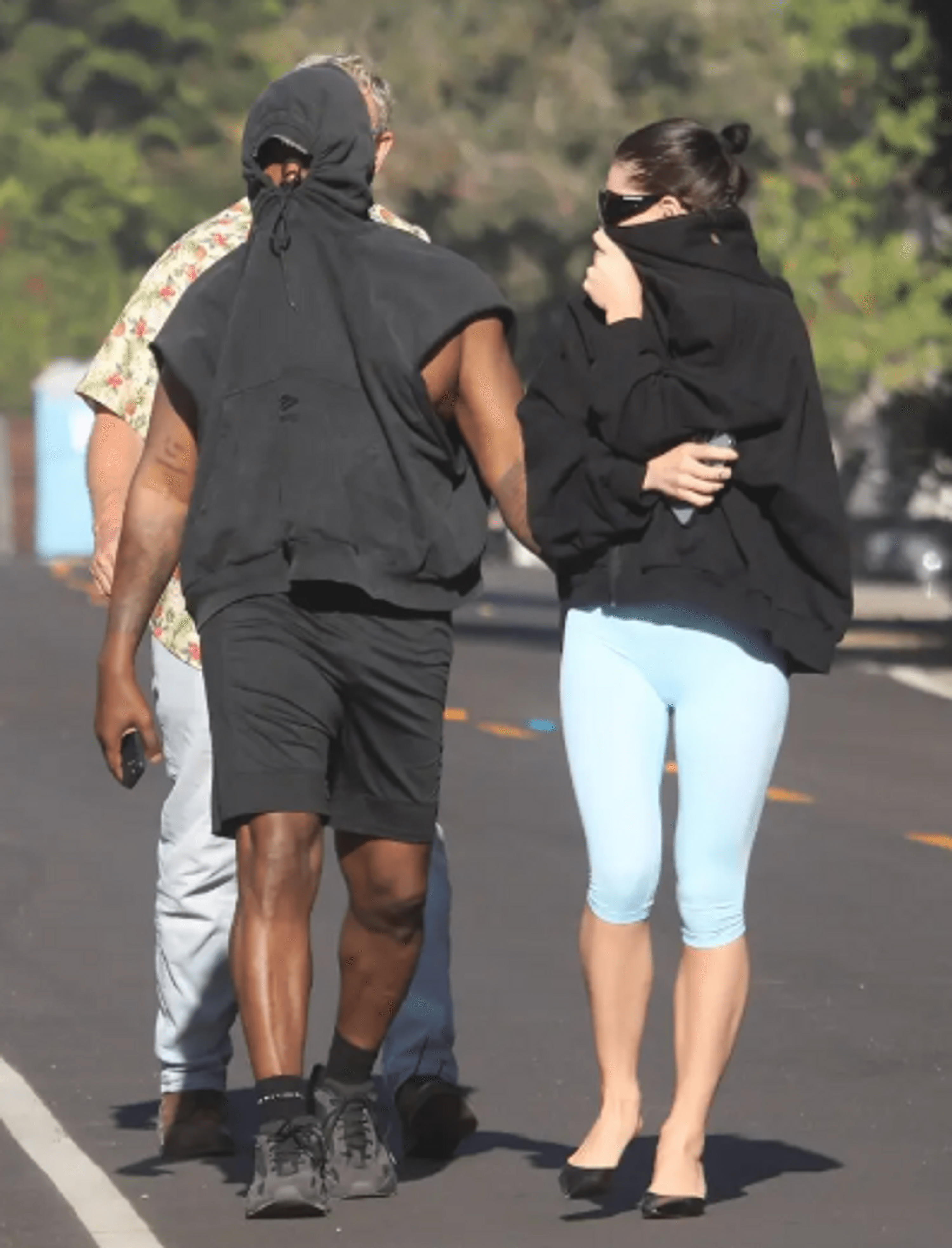 Now that the inventor of Skims is once again single, it seems like Kanye West isn’t waiting around for Kim Kardashian to rekindle their relationship.

While meeting with architects and builders for his $57.3 million mansion, which is now under development, the Yeezy CEO, 45, was spotted on Friday hanging out with an unknown woman in Malibu, California.

The 3,665 square foot oceanfront home has four bedrooms and five bathrooms, and it was allegedly purchased by West in September 2021 during his separation from Kardashian, 41.

Although Tadao Ando, an award-winning self-taught architect, created the concrete-heavy home, it appears the “Good Life” rapper still has some changes he would like to make.

West was spotted approaching his Malibu estate with his new girlfriend, who was wearing a large black sweatshirt, a baby blue matched set and a pair of black kitten heels. He was likewise dressed casually, wearing a black hoodie, shorts, and cap.

The unnamed woman seemed to settle in as she strolled on the balcony of the building and occasionally nonchalantly examined her phone. Since they did not display any love during their hangout, it is unknown if West and the brunette beauty are dating.

After people close to Kardashian informed Page Six that she was “upset” with her ex-husband over the tweet, he later pulled it down.

Kim will not put up with Kanye’s nasty conduct toward the individuals she adores and cares about, the source stated at the time. Kanye is back to his old antics. “Kim and Kanye have recently been in such a wonderful co-parenting space and with communication.”

The 24-year-old rapper served as both a host and a musical guest on the...

Chris Hemsworth is confirmed to be appearing in the upcoming installment of...

Elon Musk Breaks Silence On Depp Vs. Heard With An Unexpected Take