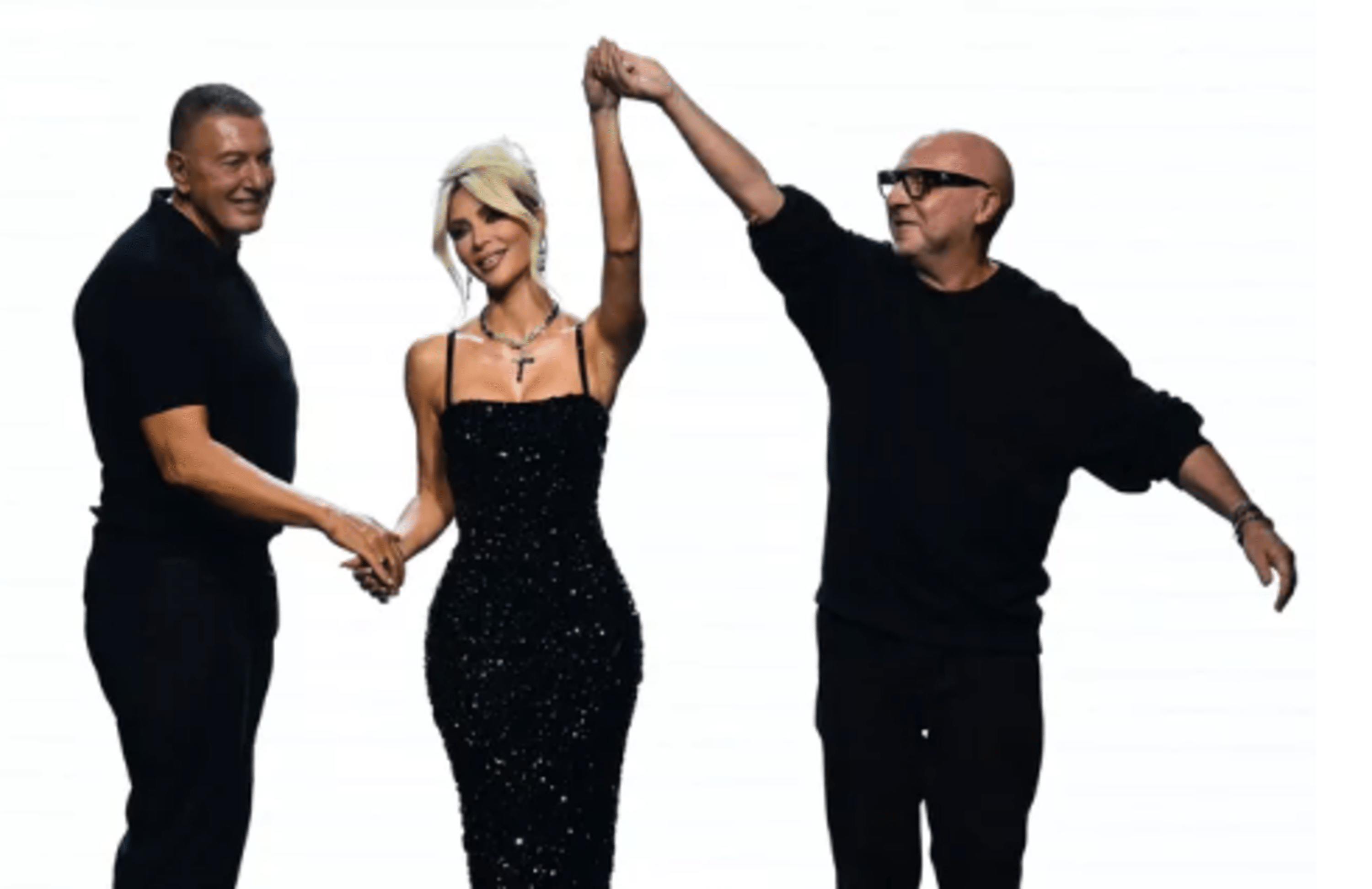 The Ciao, Kim collection that the SKIMS creator, age 41, had collaborated on with Dolce & Gabbana to design was presented for the first time at their show in Milan on Friday. The founder of SKIMS took her bow after the event.

Kim was shown wearing a sleeveless black glittery gown onstage, and her blonde hair was fashioned in a high updo. This appearance was a surprise to everyone. After that, Stefano Gabbana and Domenico Dolce joined her onstage, and all three of them took turns bowing to the crowd as well as to each other in unison.

According to Elle, the event began with the noises of paparazzi cameras, screams of “We love you, Kim!” and light flashes. The collection was predominately comprised of black, white, and silver hues and included abundant lace, crystal, and leopard print decorations. A video of Kim enjoying some spaghetti was playing in the background while the models demonstrated the new line of apparel.

Jenner, who is 66 years old, published a video of her daughter’s breathtakingly dramatic performance at the end of the event on her Instagram account.

In addition, Kim unveiled some of the swag that was included with the publication of Ciao, Kim, in a series of photographs that she posted to her Instagram story. There were t-shirts with the reality star’s face printed on them and canned tomatoes whose labels featured her image. Additionally, there were canned tomatoes.

Kim made her first appearance on a fashion runway for the first time in July when she walked in the fall/winter 2022 show for Balenciaga in Paris.

Kardashian’s Instagram account had been dropping hints about her new partnership with the Italian fashion house Dolce & Gabbana. On Thursday, she was seen walking out of the offices of the fashion business while clad in a stunning black catsuit.

Dating a Nice But Boring Guy

by Venus Sanders“I’m really boring, man. Like, I’m really dull. And I think people may think that I have this glamorous, fun lifestyle,...

The John Wick franchise is one of the most popular action franchises...

Inc.com columnist Alison Green answers questions about workplace and management issues--everything from how to deal with a micromanaging boss to how to talk...

In her most recent batch of Instagram photos, Kate Beckinsale could be...

The department store group is set to spend $134 million to buy the outlet business outright, paying $24 million in cash and assuming $116...

10 Of The Best Oxford Shirts For Men. Here’s Your Complete 2022 Guide