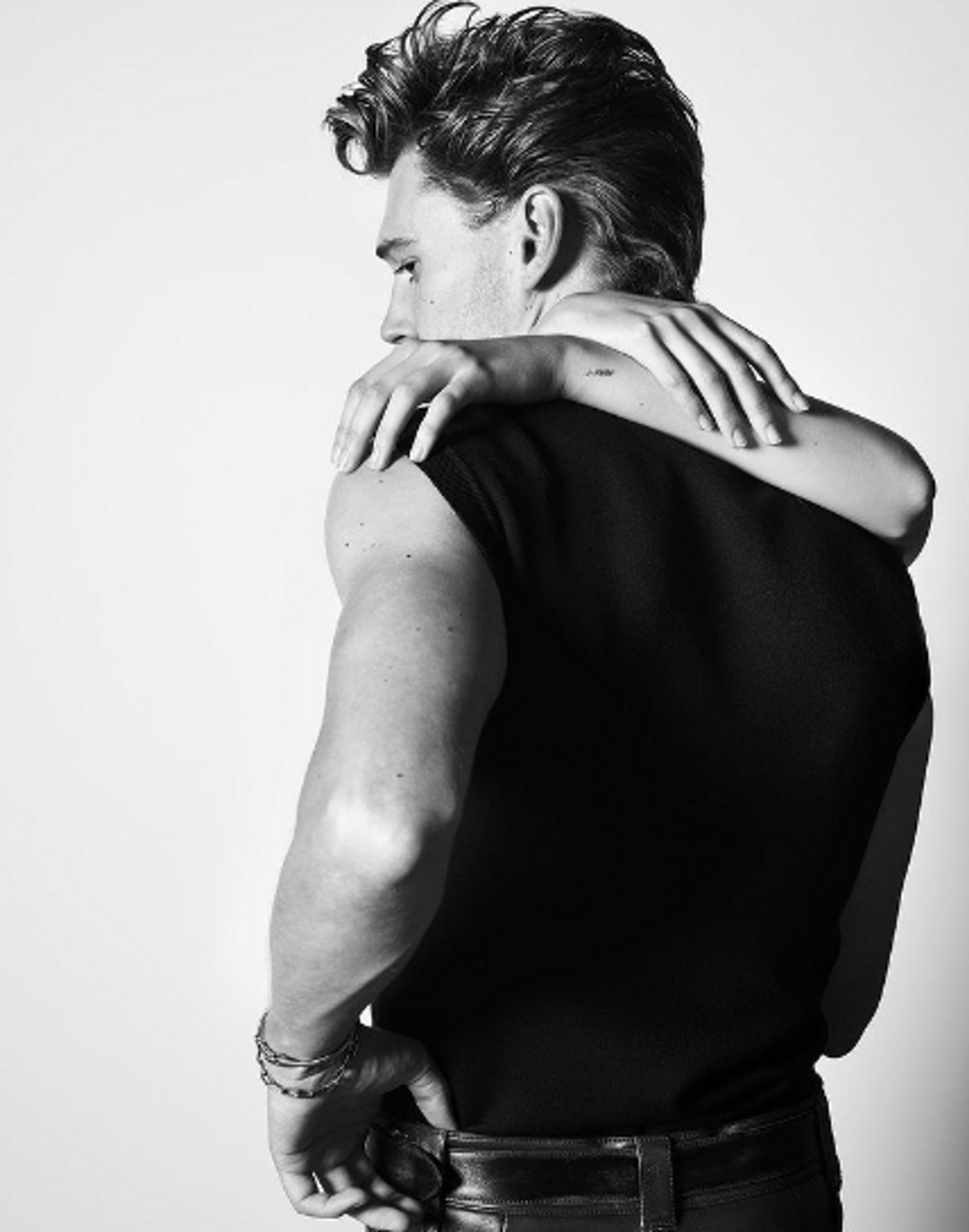 Everyone has been raving about Austin Butler since the world first witnessed his skill in the lead role of Baz Luhrmann’s recently released Elvis.

And now, his girlfriend, the stunning model Kaia Gerber , has made the decision to stay with him while he shoots commercial after commercial.

Butler recently dressed in an Elvis Presley-inspired ensemble for a picture session for VMAN, the men’s section of V Magazine, which included a black Alexander McQueen tank top and leather pants with a matching belt.

He wore his hair back in a loose hairdo that echoed the look popularised by the King of Rock and Roll. Two chain bracelets by Cartier finished the ensemble.

Butler appeared to be facing the camera, but he was actually being tenderly held by female hands while he stood with his back to the camera.

Why did we choose to call this Kaya? After all, neither the girl’s face nor her body is visible in the photograph, and the model in the social media image was not identified. Fans recognized Gerber extremely easily thanks to her distinctive wrist tattoo, which reads “I know.” Here is such a subtle and loving cameo performed by a loving pair.

Despite being seen together for the first time in December 2021, Austin Butler and Kaia Gerber did not publicly announce their relationship.

They did, however, go to the Met Gala together in 2022, and there, they did no anymore hide their emotional sentiments.

Additionally, they were seen together at the Cannes Film Festival, where Gerber stood by her boyfriend for the Elvis premiere and wished him well as the movie received a standing ovation at the Palais des Festivals et des Congrès.

Anyone who is familiar with SkinCeuticals is already aware that the brand knows a thing or two about creating skin-care products that...

Big Brands in TransitionGucci will hold a rare menswear presentation in Milan on June 20 amid a reorganisation aimed at increasing annual sales...

TikTok may be the trendsetter of the era, teaching us everything from hair-growth tips to using tape for the perfect winged liner,...

If you’re a clean beauty enthusiast, this delicious, exfoliating DIY face scrub recipe with 100% edible ingredients is the perfect, weekly pick-me-up. It...

The Lindsay Lohan Comments That Megan Fox Had To Apologize For