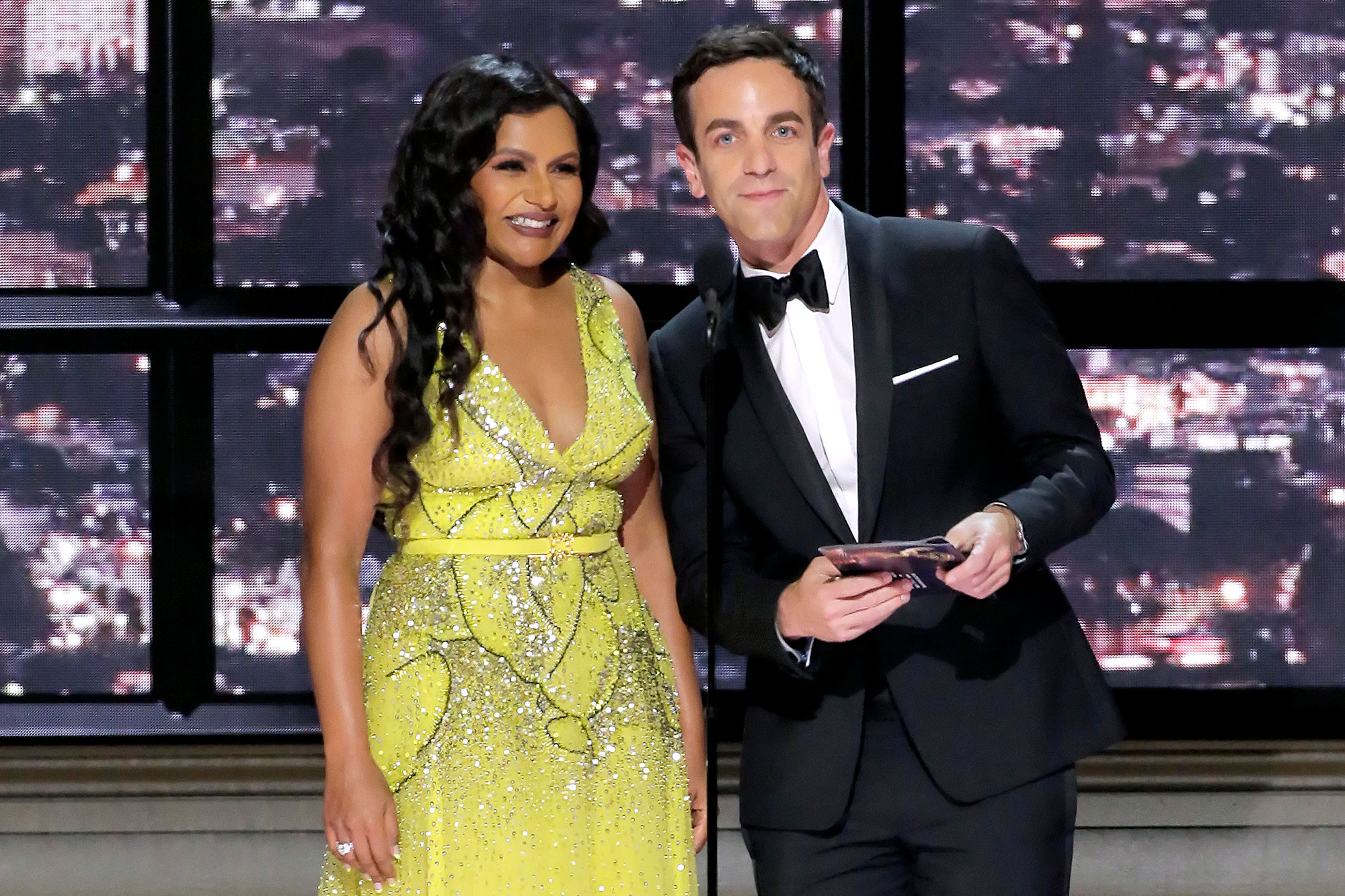 The Emmys are a time for the TV stars to let loose, relax and forget about all the complications of every day life but that is not what B.J. Novak And Mindy Kaling were there to do. The two have a complicated history between them and they decided to make it the butt of their jokes on stage as they went on to present the award for outstanding writing for a limited series.

Mindy began their presentation as she said, “To all the nominees, we just want to say: congratulations, you lazy sons of b*tches. How are you getting away with this? We came up doing network sitcoms — 22 episodes a year.”

Novak continued the speech saying, “That show, that would take up your whole life. No time for other projects.”

Mindy hammered the point home saying, “No time for a social life. You had no choice but to form insanely complicated relationships with your costars.”

The audience rolled with laughter as they all know what was being referenced. Novak and Kaling met while they were both starring in The Office together back in 2005. They had an on again off again relationship all the while they were on the show, but now the two are just incredibly close friends who attend red carpets together but maintain that they are not dating.

Kaling likes to put the following label on their relationship:

Their relationship is made further complicated by the rumors in the media that Novak is the father of Kaling’s two children. Kaling has not revealed who the father of her children is and doesn’t intend to either but she and her children are often seen spending quality time with Novak.

Kaling commented on the matter while speaking to Marie Claire and described it in the following words:

“He’s the godparent to both my kids — and they have such a great relationship — and so far [the rumors haven’t] affected my happiness at all, it hasn’t affected my kids or B.J. If that’s what is going to be titillating to people, I’ll take it.”

Not holding back. Megan Fox will go above and beyond to protect her children from negative comments — especially when it comes to...

In Atlanta on August 17, the birthday of Marcus Garvey, the Journal of Black Innovation made perhaps the most significant Black industrial announcement...

We’re on the cusp of swimsuit season now that summer is unofficially underway. Perhaps nothing in the swimwear world has as bad of...