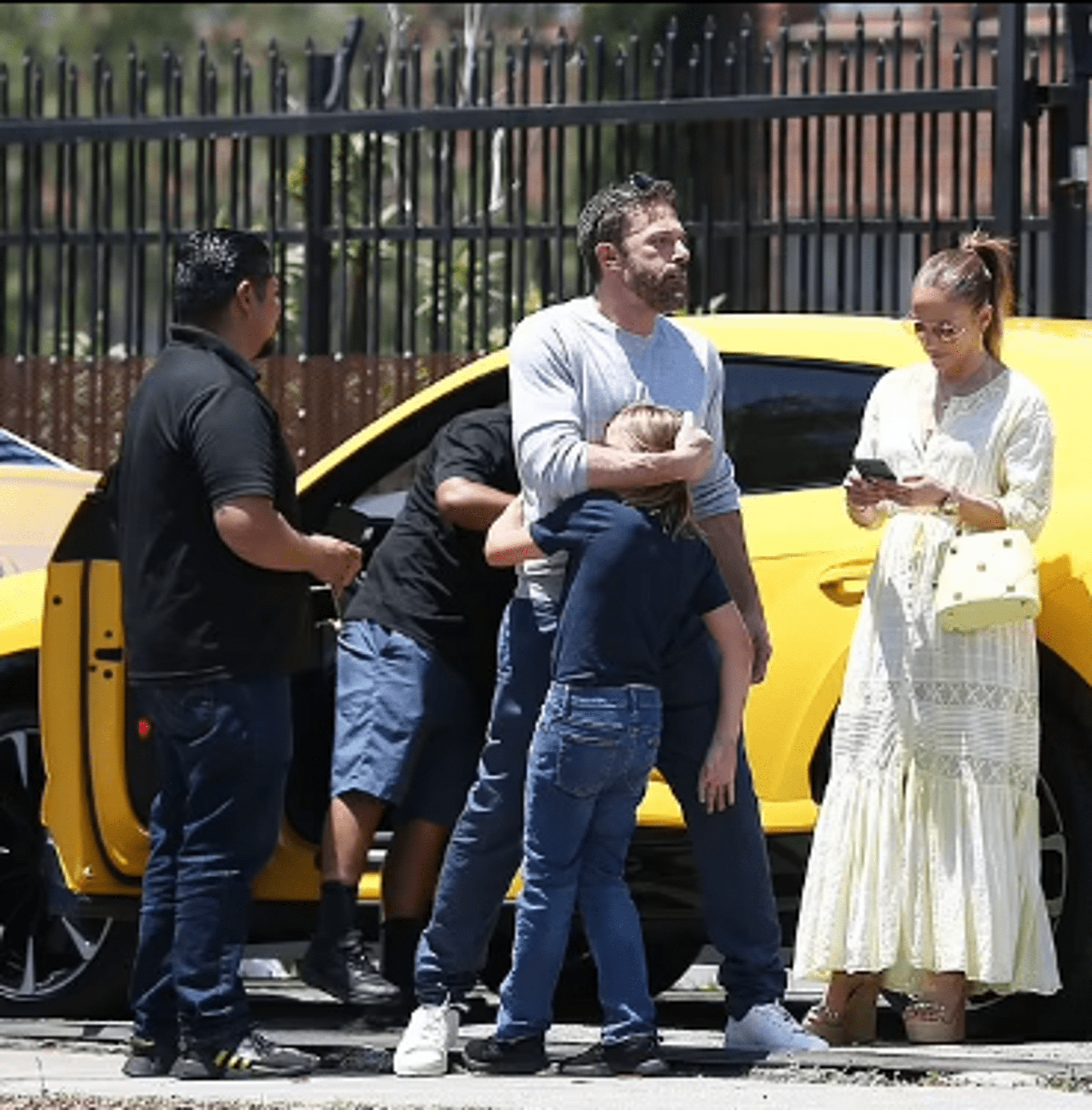 This Sunday, Jennifer Lopez and Ben Affleck decided to rent a luxury car.

They, along with the actor’s 10-year-old son Samuel Garner, went to a car rental agency and chose a bright yellow Lamborghini. True, they did not manage to ride.

Ben’s son got behind the wheel and accidentally crashed into a white BMW that was standing nearby. The actor and his heir got out of the car to inspect it. As it turned out, there were no significant injuries.

Affleck and his beloved Jennifer Lopez came to the salon to rent a car. With them was the actor’s son from his marriage to Jennifer Garner, Samuel, who immediately sat in the driver’s seat and accidentally stepped on the gas.

At the same time, considering the video that got on the Web, Lopez had already managed to get into the car, and the boy’s father was still on the street. As a result, the Lamborghini reversed and collided with a parked white BMW standing nearby.

Immediately after the incident, the young perpetrator of the accident got out of the car and examined the damage. Ben Affleck himself also inspected the cars, after which he consoled his son by hugging him.

The publication notes that the rental of such a car costs about $ 1,500 per day.

According to TMZ, the boy was innocent of anything. The cars were just parked very close to each other.

In a previous post, The nickname was first married to Affleck, whom they encountered on the set of the 2000 film Pearl Harbor, but fell in love during the shooting of the 2002 film Daredevil and officially reunited two years later.

But the couple separated in 2015; Jennifer noted that the two had been separated for “months” before the revelation, and their divorce was finalized in 2018.

The Best Products to Pair With Your Vitamin C Serum

We all know the seemingly endless benefits of vitamin C, or liquid gold as I like to call it. But which products...

When neuromodulators are done right by the right person, they are fabulous; when done wrong, well, it’s kind of no-brainer that it’s not...

Baldwin’s daughter recalls being abused as a teenager