Cutout Dresses Continue To Be Popular. Sienna Miller Affirmed It 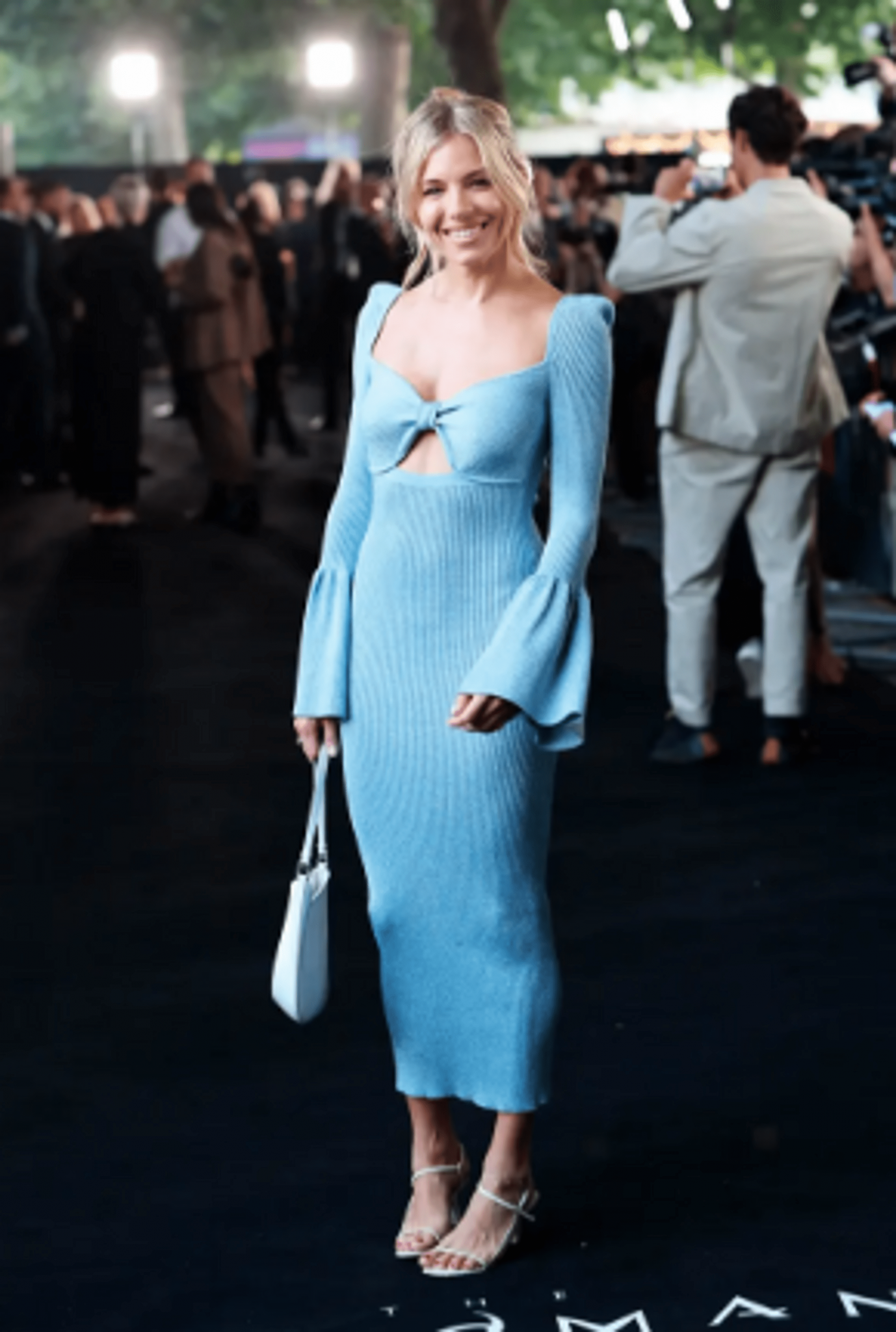 For Sienna Miller , the summer has been fruitful. The actress and her boyfriend, the model Oli Green, was on holiday at the Glastonbury Festival. At the end of July, a trip to Saint-Tropez was the next step.

At The Sandman premiere on Wednesday, August 3, Sienna traded in her boho looks for a subtly sensual dress now that she was back in London. With flared sleeves and a cutaway under the bust, the actress donned a self-portrait ribbed knit dress in a light blue color.

She made the correct accessory choices as usual: Prada’s classic Cleo purse and strappy sandals from The Row.

Deborah Ababio, the director of Vogue, says she likes their outfits because they are “the ideal balance of seductive and chic.”

Miller demonstrated how to dress to steal the show while seeming like you just rolled out of bed and threw on a look by pulling her distinctive blonde hair back off her face into a loose bun and adding a dab of pink to her lips.

If Sienna Miller is any indication, 40 is the new 20, despite claims to the contrary. The actress has had the festival-filled summer of a lifetime; for Glastonbury’s return, she dressed to the nines along with fellow fashionable Glasto regular Alexa Chung, who made headlines once more for her flawless boho look.

Miller then switched to white, dressing in her best courtside attire to watch Wimbledon with her (very hot) Burberry model boyfriend Oli Green, before departing for Saint Tropez at the end of July for a luxurious getaway.

It’s interesting that Miller’s connection to the movie is through Tom Sturridge, her ex-boyfriend and the father of her daughter Marlowe.

Priyanka Chopra And Nick Jonas Have Entered The Fashion Industry

Nowadays, spouses work together as business partners as well as life partners. Priyanka...

A one-of-a-kind LeBron James trading card is anticipated to bring in more than $6 million when it is auctioned this week, according to...

Amazon.com Inc. consumer chief Dave Clark is resigning, a possible casualty of a slowdown at the crucial e-commerce business he ran.The sudden departure...

The practice of face taping is nothing new—Hollywood stars like Marlene Dietrich and Lucille Ball were known to use them when on camera...