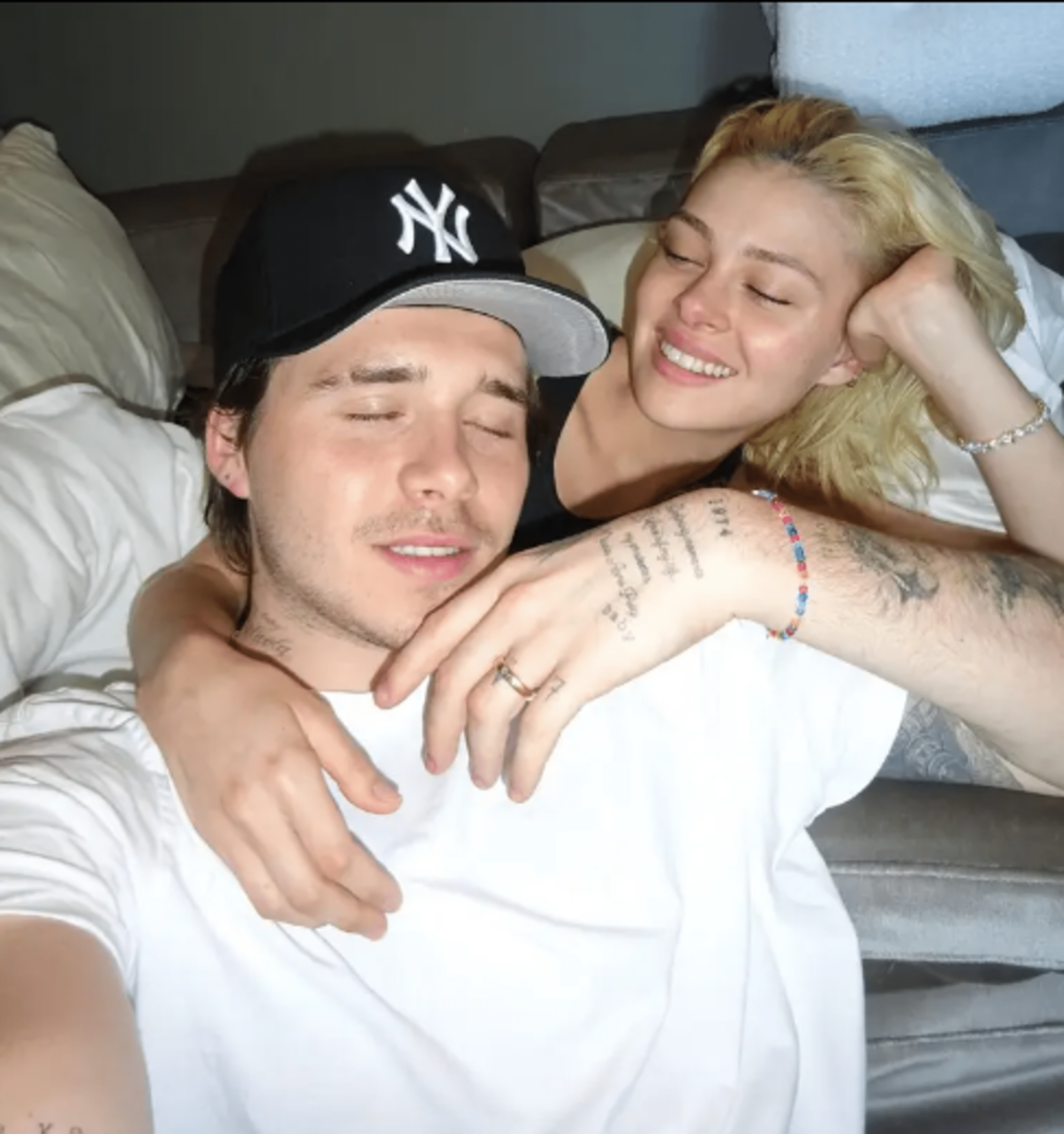 Reports suggest that David Beckham talked with Brooklyn Beckham about the issues between Nicola Peltz , Brooklyn’s wife, and Victoria Beckham, his mother.

As reported by the Daily Mail on Thursday, “I don’t think David has ever lost his cool with Brooklyn or needed to talk to him severely, but he has now,” the sportsman reportedly informed his eldest child, Brooklyn, 23.

David, 47, reportedly felt insulted by Peltz, 27, and Brooklyn’s remarks in an interview for the autumn 2022 cover story of Grazia US. The newlyweds from April 9 discussed the attention paid to Peltz and Victoria’s romance in the press.

Seeing my wife happy is certainly my number one concern, and I hate seeing her sad, Brooklyn said. However, people’s stupid comments are usually met with laughter and discussion before we move on. We always have one other’s backs and never stop supporting each other.

Peltz elaborated on why she chose Valentino over a dress by the ex-Spice Girl, now 48.

We got in touch to begin sketching the outfit, but I waited to hear from her again for a few days. Finally, when Victoria called my mother, she explained that her atelier would be unable to attend. She recalls asking her mother and stylist Leslie Fremar, “Well, sadly, this can’t happen, so what’s the next step?”

I have always admired Valentino’s fashions. Thank goodness I was able to visit [the atelier] to give the outfit a spin. Indeed, that is precisely what transpired.

Ancora Holdings, one of the hedge funds that spearheaded a board shake-up last year at Kohl’s Corp , is now pushing for the...

Not to brag, but I have pretty long eyelashes. I’m the annoying person that makeup artists remark does not need fake lashes...

Ryan Gosling And Margot Robbie Will Not Be Done Collaborating After Barbie; Talks Of The Two Reuniting In Ocean’s Eleven Prequel Have Begun

Why Did George Lucas Sell Lucasfilm To Disney?

A Timeline of Their Relationship