Due Of His Problems With Gisele Bündchen, Tom Brady Went To Robert Kraft’s Wedding To Dana Blumberg Alone 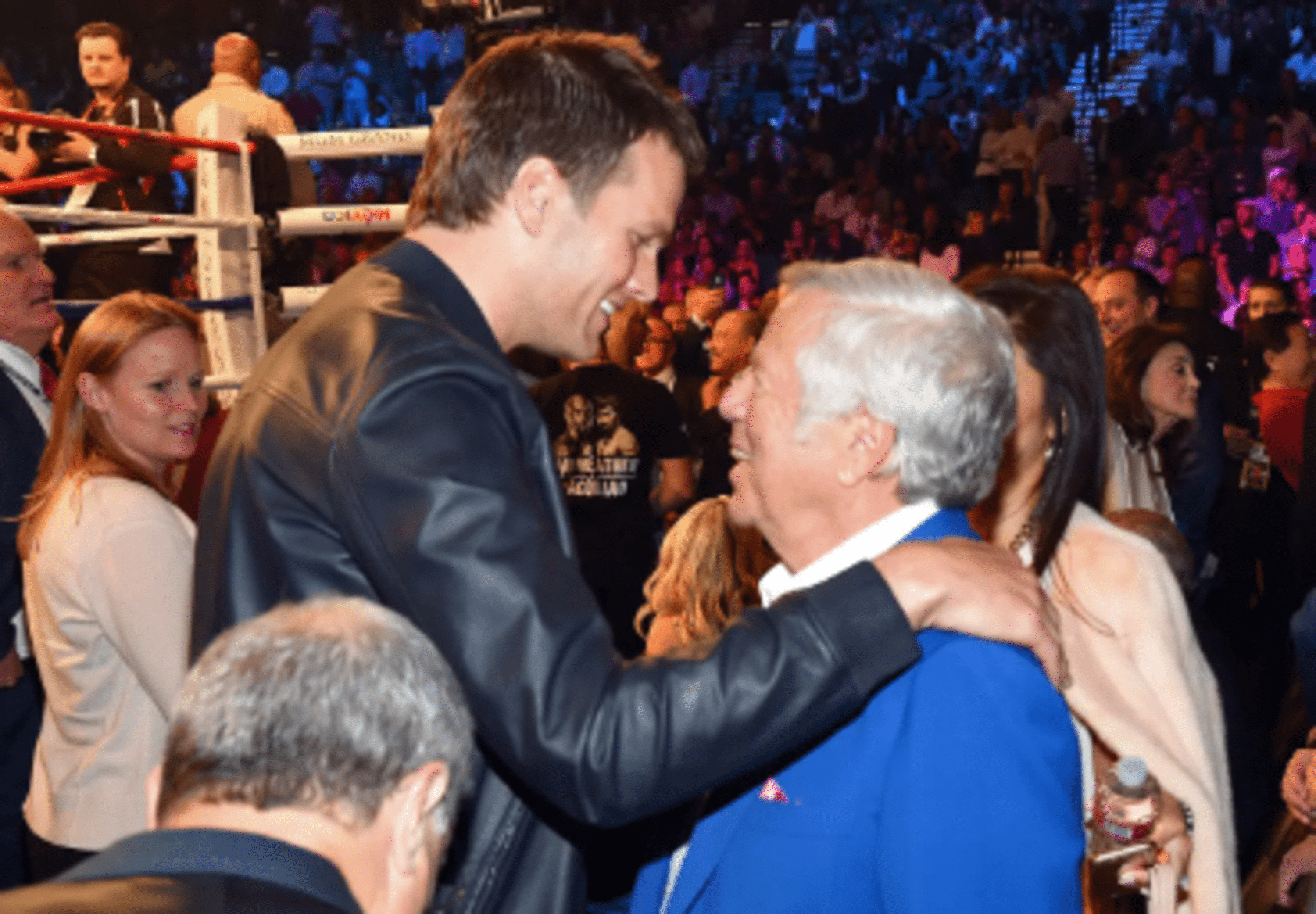 Amid his marital problems with Gisele Bündchen, Tom Brady attended the star-studded wedding of Robert Kraft all by himself.

At the private ceremony of the billionaire owner of the New England Patriots to Dr. Dana Blumberg, which took place on Friday at the Hall des Lumiéres in Tribeca, Brady, age 45, arrived by himself.

He appeared in a fantastic mood as he came out of his black SVU with a broad smile on his cheeks and dressed to make a good impression in a black suit, white button-down shirt, and no tie. According to a reliable source, everyone was approaching Brady.

We’ve heard he was recently seen hanging out with Jon Bon Jovi and Michael Rubin. In addition, he was seen mingling with Drew Bledsoe, the quarterback for the Patriots, who Brady had succeeded as the starting quarterback in 2001.

In his 20 years with the Patriots, quarterback Tom Brady guided the team to six Super Bowl victories, during which time owner Robert Kraft, 81, became very close with Brady. Brady won his seventh ring overall in the 2021 championship game, played with his new team, the Tampa Bay Buccaneers.

But the athlete’s record-breaking NFL career has been the cause for the disintegration of his 13-year marriage to Bündchen. According to an exclusive report from Page Six, Bündchen is considering divorcing Brady over his decision to un-retire from football.

Last week, we were the first to break the story that Brady and the model, who is 42, have both retained divorce lawyers. As recently as this week, Bündchen appeared to throw shade at Brady by posting a praying-hands emoji on an Instagram story about unreliable relationships.

Months after it integrated Non-Fungible Tokens (NFTs) into Instagram for American users, Meta Platforms announced the expansion of the allowance to as many...

The growth of the gaming industry has really ramped up over the last few years and it doesn’t look like it will be...

I think we should start with the high school humor, and then work our way toward the emotional intelligence. When I was a teenager,...

Brad Pitt is one of the biggest movie stars on the planet...

Tributes from the world of fashion, celebrity, politics and activism have poured in for Dame Vivienne Westwood who has died aged 81. It has...