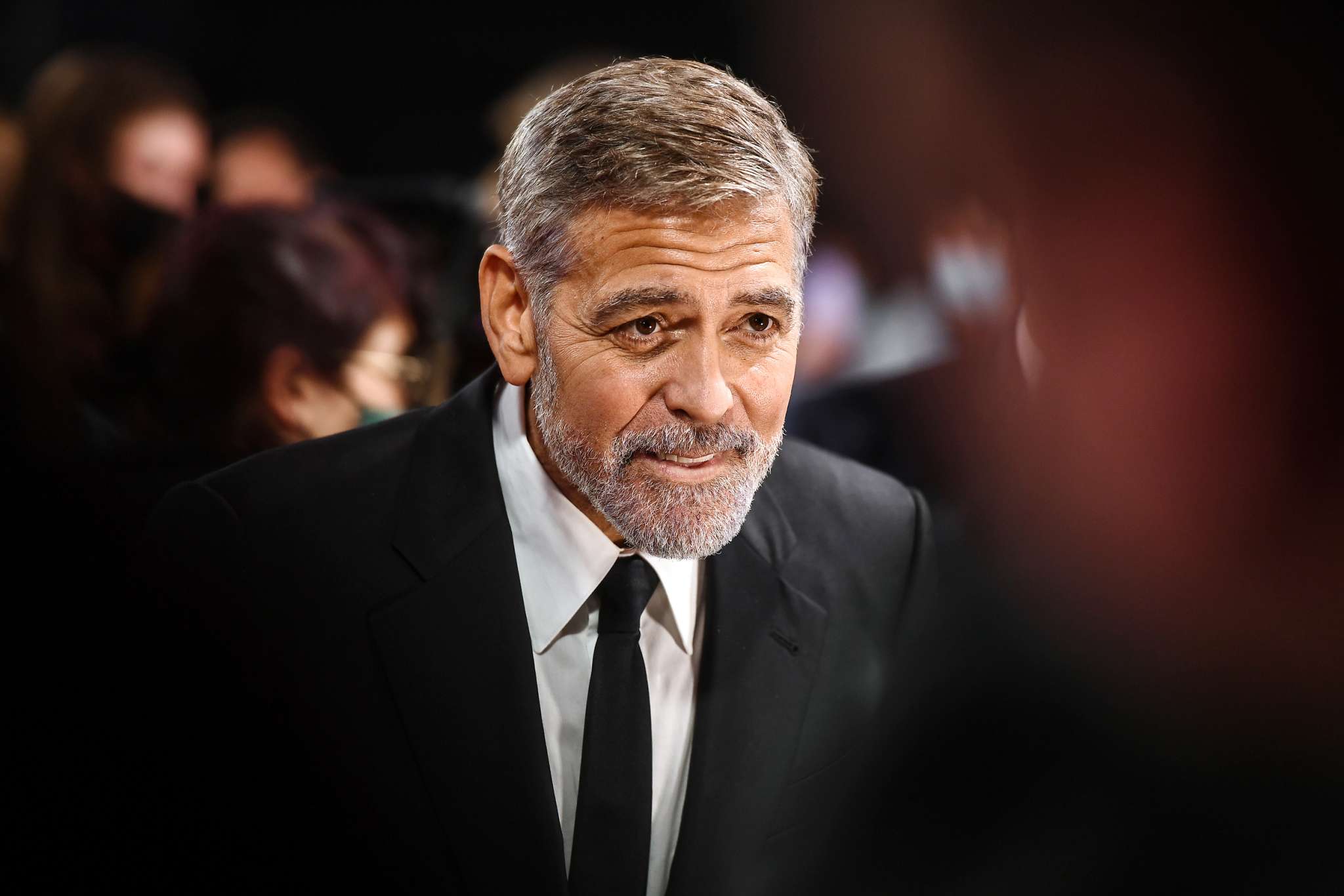 George Clooney and Amal Clooney were both hosting the Clooney Foundation for Justice’s inaugural Albie Awards in New York on Saturday when Extra caught up with them and decided to ask them a couple of fun questions including one regarding the rumor the Oceans franchise is returning for one more installment.

The conversation began with George addressing the 8th anniversary of the couple just a few days ago, “We had a great night the other night, and now we are here with all of our friends.”

Brad Pitt has recently referred to George as the most handsome man in the world to which Clooney responded, “You know Brad has good taste. I have always said that about the man… We’re about to start working together. I think he is just trying to be nice to me.”

At this point, the topic of Oceans came up as Brad Pitt also starred in the original Oceans film. George clarified that the project he refers to is not the rumored Oceans film. He said, “We are doing a fun film… Not an ‘Oceans’ film like people thought.”

Regarding the rumor, he said, “That rumor is a rumor — we didn’t know anything about it. We might do one.”

Hence an Oceans film is not off the table, but at the moment, Clooney is busy with his humanitarian work and with raising his kids.

When asked what made the couple start their humanitarian foundation together, Amal said,  “It really came up organically between the two of us. He has a long history of doing humanitarian work. We thought, ‘Let’s team up and do it together…’ It’s been an amazing journey and I am really excited to see how this all comes together. We have been planning it for a long time.”

George talked about trying to make sure that their kids are also filled with the same humanitarian spirit and he said, “Every parent has the exact same goal… Make sure that your kids aren’t jerks… I think that’s a big goal, and we work very hard at it every day. It’s important to us.”

The couple went on to have a very successful event in the evening.

Meena Harris is the definition of a woman that does it all. Harris is a Harvard-educated lawyer, New York Times bestselling author...

'Cloud Factory' is a Tallinn, Estonia-based jewelry company aiming to make a large impact in the sustainable jewelry market. The company leverages 3D...

Black On The Battlefield: Here Are Five Quick Facts About Black Veterans

There is no part of America that Black citizens haven’t touched. Ranging from music to business and back, Black communities have had an...

20 Different Types Of Belts: When To Wear Them and How To Style Them in 2022