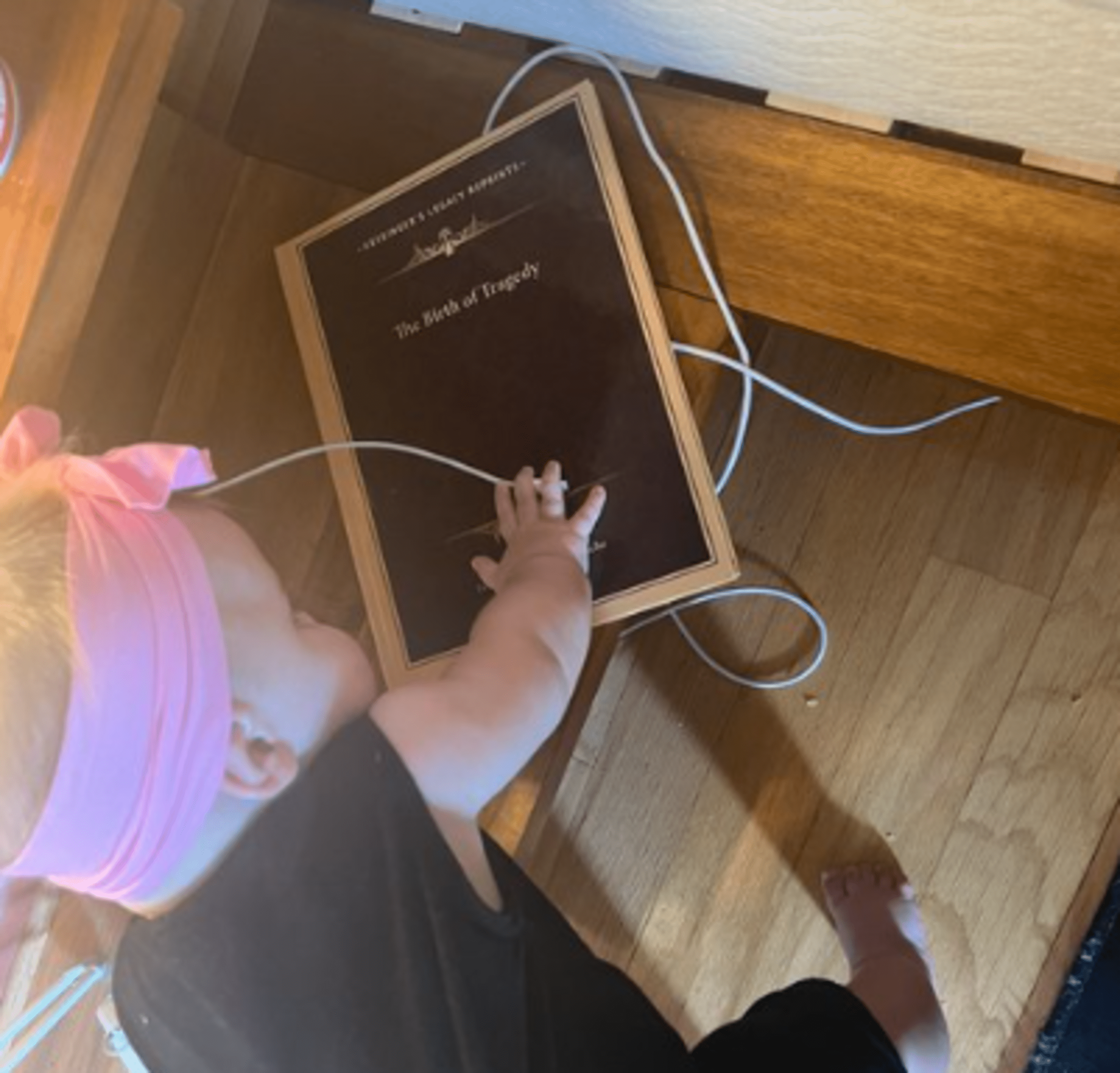 The singer recently posted a rare snapshot on Twitter of her daughter Exa Dark Siderael, who goes by the nickname Y, enjoying some music while playing with a copy of The Birth of Tragedy by German philosopher Friedrich Nietzsche.

My daughter is getting down to some house music while reading this book Nietzsche’s “The Birth of Tragedy.” What a queen, she tweeted along with a picture of her 9-month-old daughter sitting on a bench in a black romper with a pink bow band in her blonde hair.

The mother of two, who also has a 2-year-old son named X A-12 with the inventor of Tesla, wrote in a follow-up tweet that “she adores Boris Brejcha omg she is so hardcore haha.” In addition to Y and X, Musk shares twins with Shivon Zilis, an executive at Neuralink, whom he welcomed in November of last year.

In addition, he has twins named Vivian Jenna Wilson and Griffin Musk, who are now 18 years old, as well as triplets named Kai, Damian, and Sax Musk, who were all born in 2006, with his first wife, Justine Wilson. Griffin and Vivian Jenna are the eldest of three sets of twins. Another son, Nevada Musk, was born to the couple, but he passed away when he was just 10 weeks old.

Fans observed that Musk was rocking a shaved head on the sides, prompting a Tesla fan account to inquire as to whether or not he cut his own hair and X’s himself. The tech tycoon did indeed respond.

Major League Baseball (MLB), an American professional baseball organization and the oldest major professional sports league in the world is looking for an...

For the better part of 2022, the fashion industry was waiting for the other shoe to drop. We’re still waiting.There was the glut...