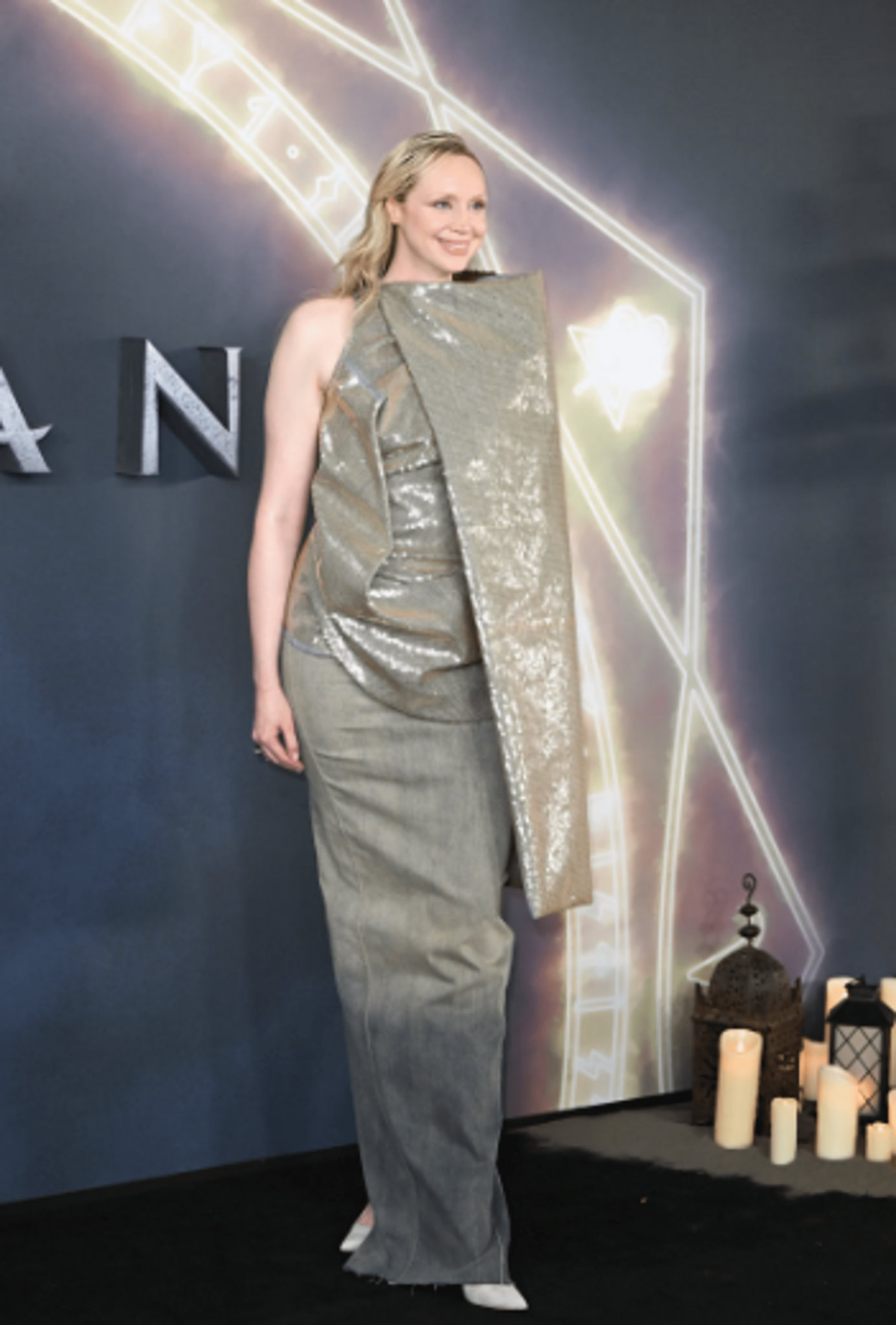 Gwendoline Christie is skilled in designing stunning red carpet looks. She also understands how to highlight her business identity and draw attention to the movie she is promoting. Who will ever forget the magnificent, flowing Iris van Herpen dress she wore to the Game of Thrones final premiere?

The actress, who plays Lucifer in the Netflix version of Neil Gaiman’s iconic comic book The Sandman, attended the film’s premiere this week in London.

The actress chose a dramatic Rick Owens dress from his dystopian and future Fall/Winter 2022 line, so she was obviously up for some drama.

The spectacular shoulder-to-knee panel sleeve, fit for any glam space warrior, was embroidered with silver sequins to finish the top.

The floor-length skirt was made of denim in an ombre colorway that changed from silver to traditional denim grey, with characteristic Rick Owens take on textures.

It should come as no surprise that Christie is knowledgeable about fashion; after all, she has been Giles Deacon’s longtime lady of the heart and is tight with Kate Moss, Simone Rocha, and Kim Jones.

But it’s always encouraging to see that Gwendoline Christie is willing to experiment and isn’t scared to try new ideas with each new project. On the red carpet, she is the true high priestess of amazing attire.

Her red carpet appearance for “The Sandman,” a fantasy series based on the same-named DC Comics books, came after her presence at San Diego Comic-Con last month.

In the series, Dream, also known as Sandman, is mistakenly imprisoned and makes an attempt to free himself as all dreams are lost, and chaos breaks out over humanity.

Lucifer, who was “once the wisest and most powerful angels in heaven,” is portrayed by Christie in the television series. On Friday, the Netflix series makes its debut.

Companies are constantly evolving, looking for new ways to diversify their marketing strategies to attract new customers while managing effective engagement with their...

the takeover bid of a trio of investors chosen over Sézane