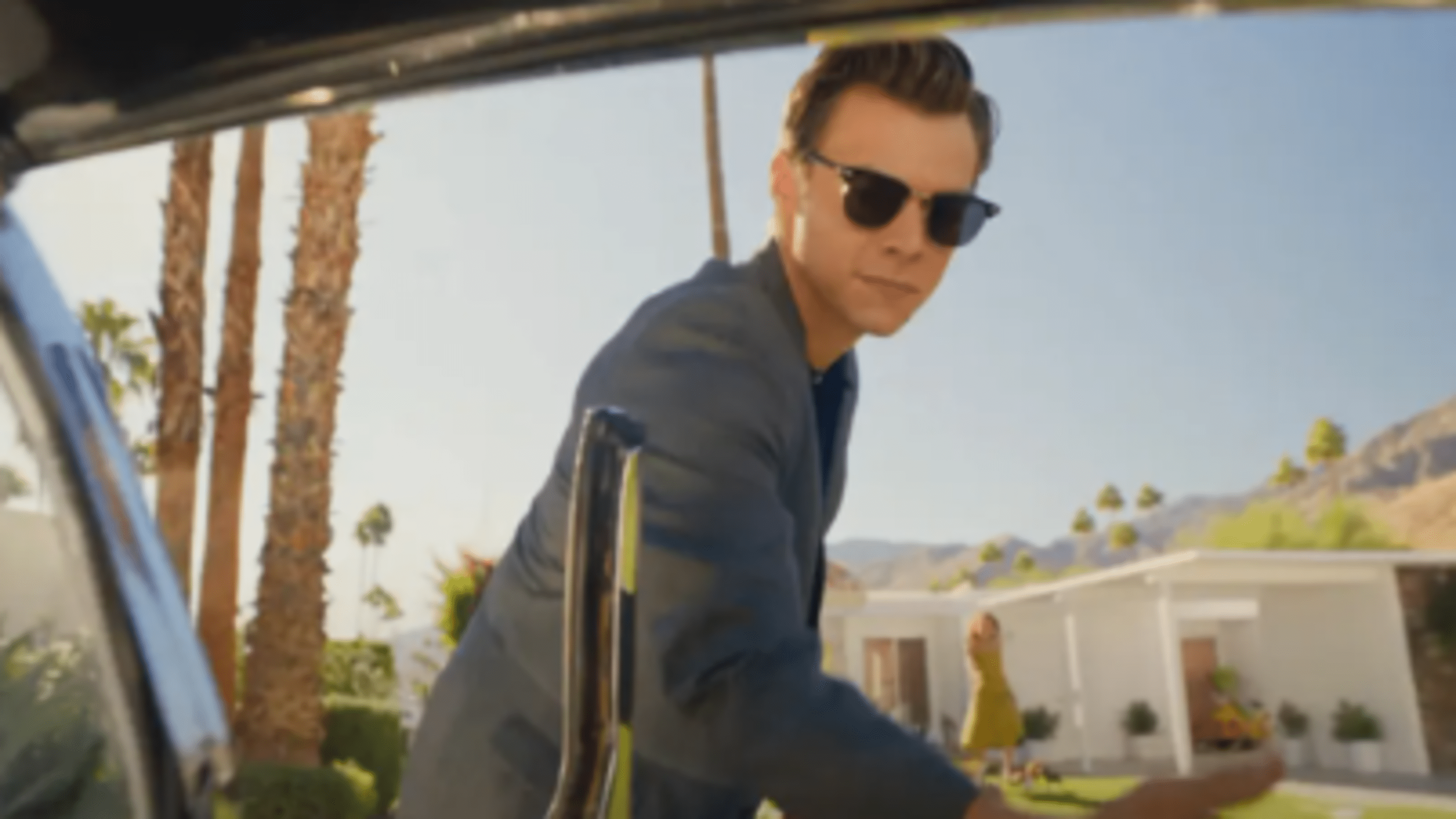 During the filming of ” Don’t Worry Darling ,” Harry Styles ‘s long, beautiful locks were the cause of a hairy scenario.

The new movie gives his character, Jack, an unsightly makeover, which causes Jaime Leigh McIntosh, who is in charge of the hair department, some difficulties.

McIntosh told Variety that he wanted to make it appear more dead and stagnant. I could not do it. The volume of Harry’s hair is just so impressive. When McIntosh tried to make Styles’ strands appear less than their best with a flat iron, she was unsuccessful, so she resorted to having a long and scraggly wig fashioned instead.

According to McIntosh, it was a matter of striking a balance and walking a narrow line in order to coax him differently without going too far.

Fans should feel reassured by the news that Styles’ hair is, in fact, in fantastic condition, despite persistent claims to the contrary regarding the celebrity’s hair loss.

TikTok was flooded with conspiracy theories regarding #baldharry, with some users questioning whether or not he wears a hairpiece.

The rumors began after an account that posts celebrity information on Instagram called Deuxmoi posted a blind item reading, This. A well-known musician and sometimes actor has something shady to hide… He is practically entirely bald at this point. His hairpiece is so lifelike that only a good eye, and that’s on a poor day, would be able to tell the difference between the two.

The item claims that the celebrity in issue must remove it and clean it frequently. Unfortunately, the singer of “Watermelon Sugar” dispelled the claims in an interview with Rolling Stone that was published in August. As a result, the publication of a follow-up article with the title “The Truth About Harry Styles Hairline” was deemed necessary.

Amanda Seyfried ruined the image with just one detail

Amanda Seyfried 's style is by no means flashy. On the contrary, most...

It's clear to Edie Falco why women find Pete Davidson so appealing. In an...

Heidi Klum Goes On A ‘Date Night’ With Tom Kaulitz, Wearing A Small Top And A Miniskirt