In One Of Her Many Halloween 2022 Outfits, Hailey Bieber Wowed In A Stylish Vampire Getup 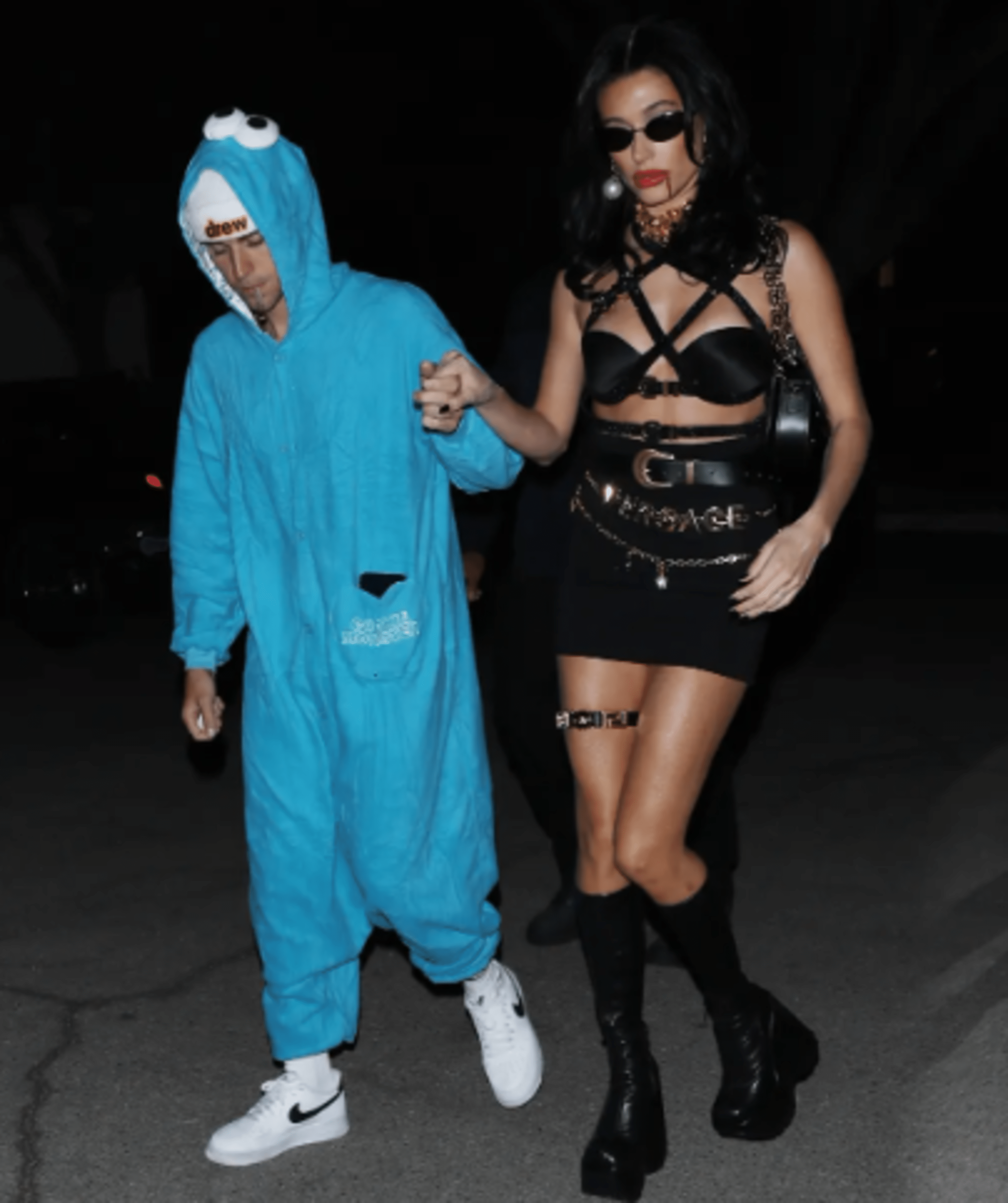 The model, who is 25 years old, posted some steamy photos on Instagram yesterday of herself wearing a couture vampire costume. Her followers gushed over her bondage-style suit, draped in belts and chains.

She captioned the photographs with the phrase “HAPPY HALLOWEEN. VERSACE VAMPIRE,” In them, she displayed a close-up view of her eerie makeup and her ostentatious jewelry.

As part of her costume, she wore a Versace bra top with strappy detailing and a belted element at the waist. She paired this with a Versace miniskirt in black that included multiple belts, one of which had a chain with gold letters that spelled out the word “Versace.”

All her accessories, including the black platform boots, the vast Medusa pearl earrings ($725), the black garter belt, and the gold coin choker necklace, were designed by the Italian fashion brand.

At the same time, hubby Justin Bieber, 28, was seen in costume alongside his wife Hailey Baldwin, 24, at the Peppermint Club in West Hollywood on Sunday night. Justin wore a Cookie Monster onesie from his clothing line, Drew, which cost $35, and a white knit beanie.

This Halloween, Mrs. Bieber dressed in several different costumes before settling on the vampiric getup. On the day of the holiday, she wore a brown teddy bear onesie and shared some photographs on her Instagram of herself wearing the cuddly attire. She was channeling the same laid-back spirit that Justin was exuding.

She wore a flower crown and a garland of pink roses to a Halloween party over the weekend, and her ensemble was inspired by a style that was seen on the Yves Saint Laurent Haute Couture runway in 1999. The roses strategically covered her breasts and bottom.

Fans are worried about Cara Delevingne after noticing her acting abnormally on...

There’s nothing like awards show season, which just kicked off with the 2022 Emmy Awards, to make us miss Joan Rivers with a...

It’s that time of year when our skin feels fine one day and desert-dry the next. With the change in seasons comes...