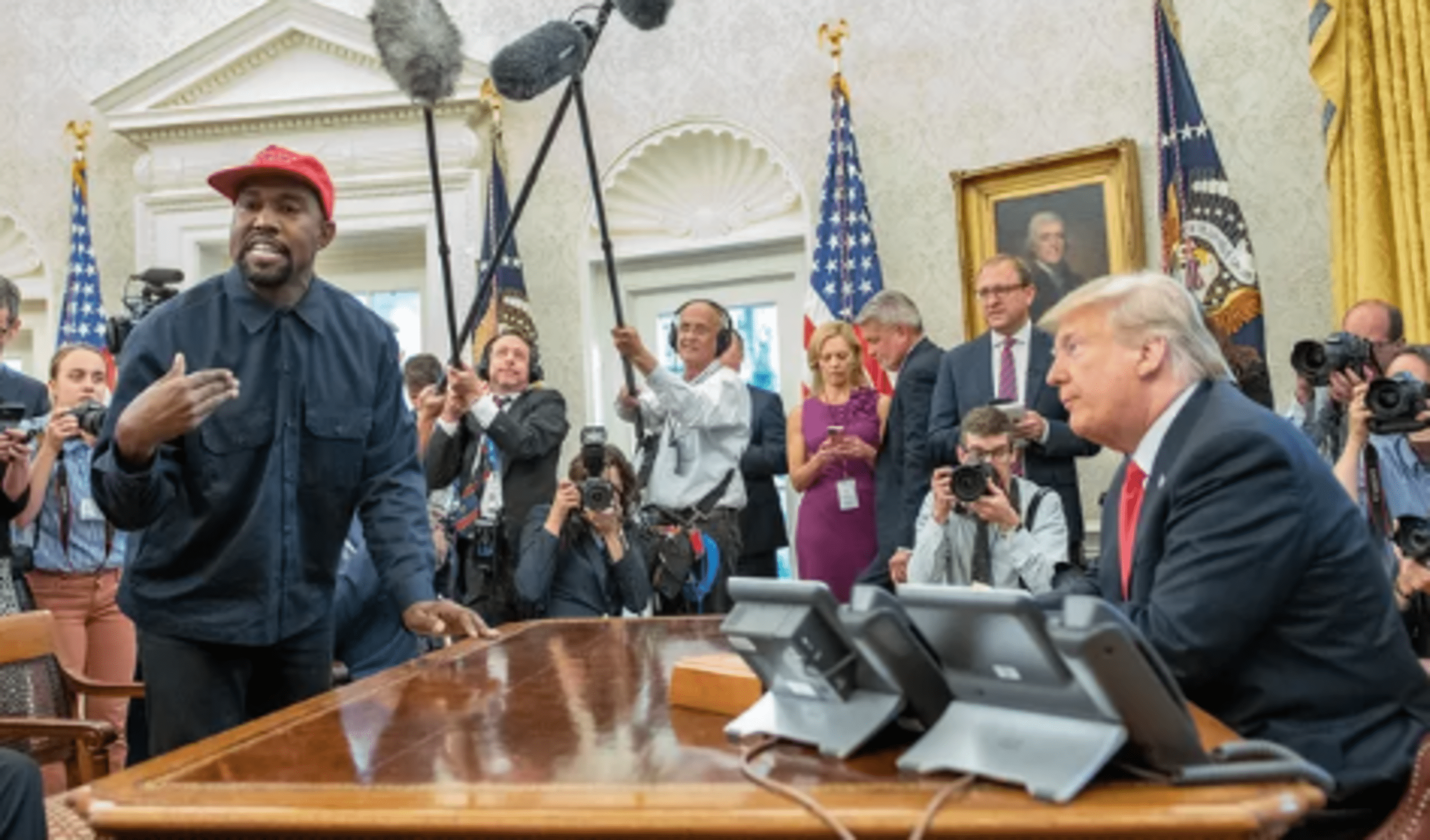 During the administration of Donald Trump, Kanye West and Jared Kushner, a former presidential adviser, used to get along well, visiting both in secret and at the White House. However, there now seems to be ill will between the two.

In an interview featured on Thursday on Fox News Channel’s Tucker Carlson Tonight, West discussed his allegedly strained relationship with Jared, the husband of Ivanka Trump, and Jared’s brother Josh Kushner, an investor and the husband of supermodel Karlie Kloss.

Most comments were about a since-deleted Instagram post-West wrote, F—- JOSH KUSHNER, criticizing the younger Kushner for funding his ex-wife Kim Kardashian’s underwear brand SKIMS with money from Kushner’s company Thrive Capital before the two made their split public.

JARED WAS HOLDING TRUMP BACK, wrote West in a message regarding Josh’s older brother. On the other hand, Ivanka seems to be popular with the West. He furthered in his post that “IVANKA IS FIRE.”

In an interview with Tucker Carlson, West provided more details on the Instagram image, telling the conservative host: “You know, I had a dinner with Ivanka, Jared, and Josh.” And a few days later, I discovered that Josh Kushner owned 10% of SKIMS, a brand Kim and I created.

And I had many concerns with the imagery of SKIMS, West said. To sell products, I thought that a lot of the imagery was too sexualized and depicted behaviors that I wouldn’t want my wife or kids to engage in in the future.

After the dinner, I learned that Josh Kushner owned 10% of SKIMS, and I held 5%, adding that Kushner’s investment was more than his own. West said to Carlson as he made this revelation. And regardless of how Josh Kushner managed to deposit $150 million, I’m sure it wasn’t from his account. But $150 million, and I’m certain Jared still has a share of that money.

“The earliest known methods of vaginal rejuvenation can date back to 1050 AD, when the world’s first known gynecologist, Trota of Salerno,...

Ruba Abu-Nimah, Tiffany & Co.’s executive creative director has departed the jeweller, BoF has learned. The designer joined the brand as a jewellery...

According to reports, Shakira infuriated other parents when she and her children cut through...

According to TMZ, Charlie Sheen has settled a lawsuit brought by an...

‘I Was Trying to Reconcile With Meri’