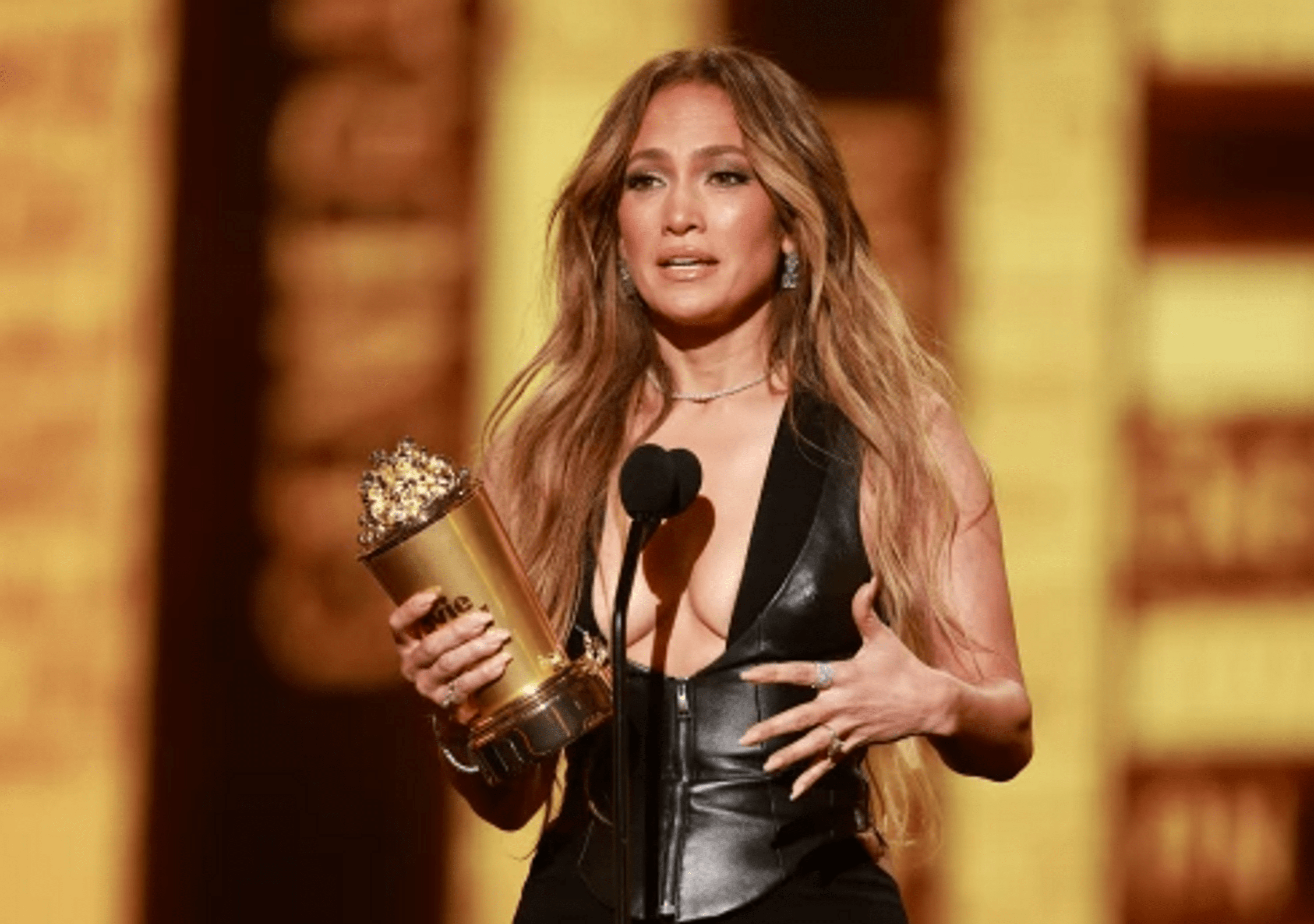 At the last MTV Movie & TV Awards, the red carpet was very stellar. However, 52-year-old Jennifer Lopez became one of her main stars.

The singer came alone – her boyfriend Ben Affleck did not keep her company, but this did not stop Lopez from being in the spotlight.

Jennifer came out in a sexy outfit that emphasized all the advantages of her figure. She wore a black dress with a slit on the leg, a leather top with a plunging neckline, and high-heeled sandals.

The singer completed her look with a small clutch, diamond earrings, a necklace, and an engagement ring, which her fiancé gave her for her engagement.

Netizens from the image of Lopez were delighted and once again noted her slender and toned figure. “Lopez at 52 looks better than many at 25!”, “Jennifer is just a beauty,” “Lopez’s willpower and perseverance are admirable. Great work on yourself,” write Internet users.

In a previous post, After 17 years, Bennifer is back together and getting married, to the delight of all fans! The paparazzi filmed the singer with a unique gemstone on that very finger the other day.

The journalists immediately decided that Jennifer and Ben got engaged secretly from everyone. And it turned out to be true! The singer confirmed the happy news by posting a short video on her website, On the JLo. Lopez beams with happiness in it, showing off an engagement ring with a pale green diamond.

Remember that Lopez and Affleck’s love story began in the early 2000s. Their romance was bright, the lovers lived together for two years and even got married, but in January 2004, they suddenly broke off the engagement and broke up. The news shocked everyone – there was no condition for a break. For official reasons, the stars again drew the growing attention of journalists and the public.

Reddit, a major global social media platform headquartered in San Francisco, announced on Thursday that it has launched a new NFT-based avatar marketplace...

The actors appeared in new bright images on the set of the film "Barbie."...