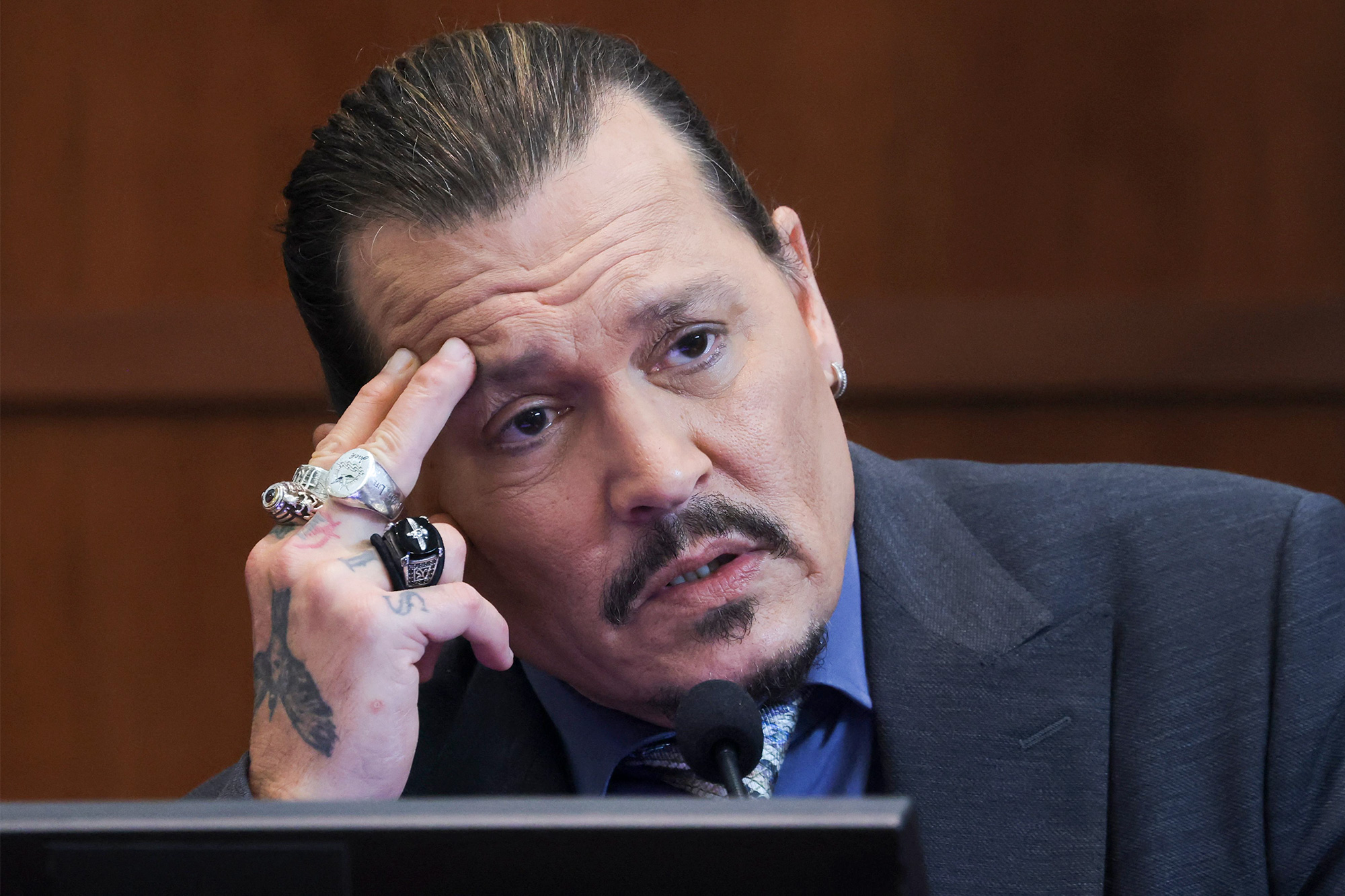 The Johnny Depp and Amber Heard trial has been one of the most popular headlines in news all over the world and social media alike for several weeks now. The trial has seen the fans of the two celebrities highly polarized. There have been many accusations and ugly remarks being thrown around from both sides.

However, between all the ugliness and mess of this case, there was a sweet moment in court as the Pirates of the Caribbean actor was seen wearing a specially designed bracelet with his daughter’s name, “Lily-Rose” written on it. Lily Rose is the 23 year old daughter Johnny Depp had with his ex-wife  Vanessa Paradis and shares a warm and loving relationship with.

Johnny Depp has stated that one of the more important reasons he is going through with the ordeal of enduring a very public trial is for the sake of his children who were having to deal with hearing about completely untrue accusations about their father. Johnny said since he was aware that all the accusations against him were false, he felt it as his responsibility towards his children to fight for justice in the court of law.

Speaking of justice, Johnny was wearing another personalized bracelet which had the words, “Justice for Johnny Depp,” on it. The bracelet was reportedly given to him by a supportive fan by the name of Nina Allen who took to twitter to express her joy at seeing Johnny wear the bracelet to court.

Johnny only has 2 children both of whom he shares with his ex-wife Vanessa Paradis. The children are named Lily Rose and Jack Depp.

The Johnny Depp and Amber Heard trial finally came to a close this week after nearly a month long drama. Legal teams on both sides delivered dramatic remarks about how the reputations and careers of both actors are on the line due to this legal affair and hence the final decision of the case will not just be of the case but also of the life and career of both actors. Fans are on the edge of their seat waiting for the result.

by Rachel WillyDo you ever worry that a power surge could destroy your home's electronics and appliances? Since all of the devices and...

According to people close to Kanye West, the rapper-turned-designer is perplexed by the criticism...

Bernard Arnault is reorganising his holding company as the French billionaire seeks to ensure long-term family control over LVMH, the luxury empire he’s...