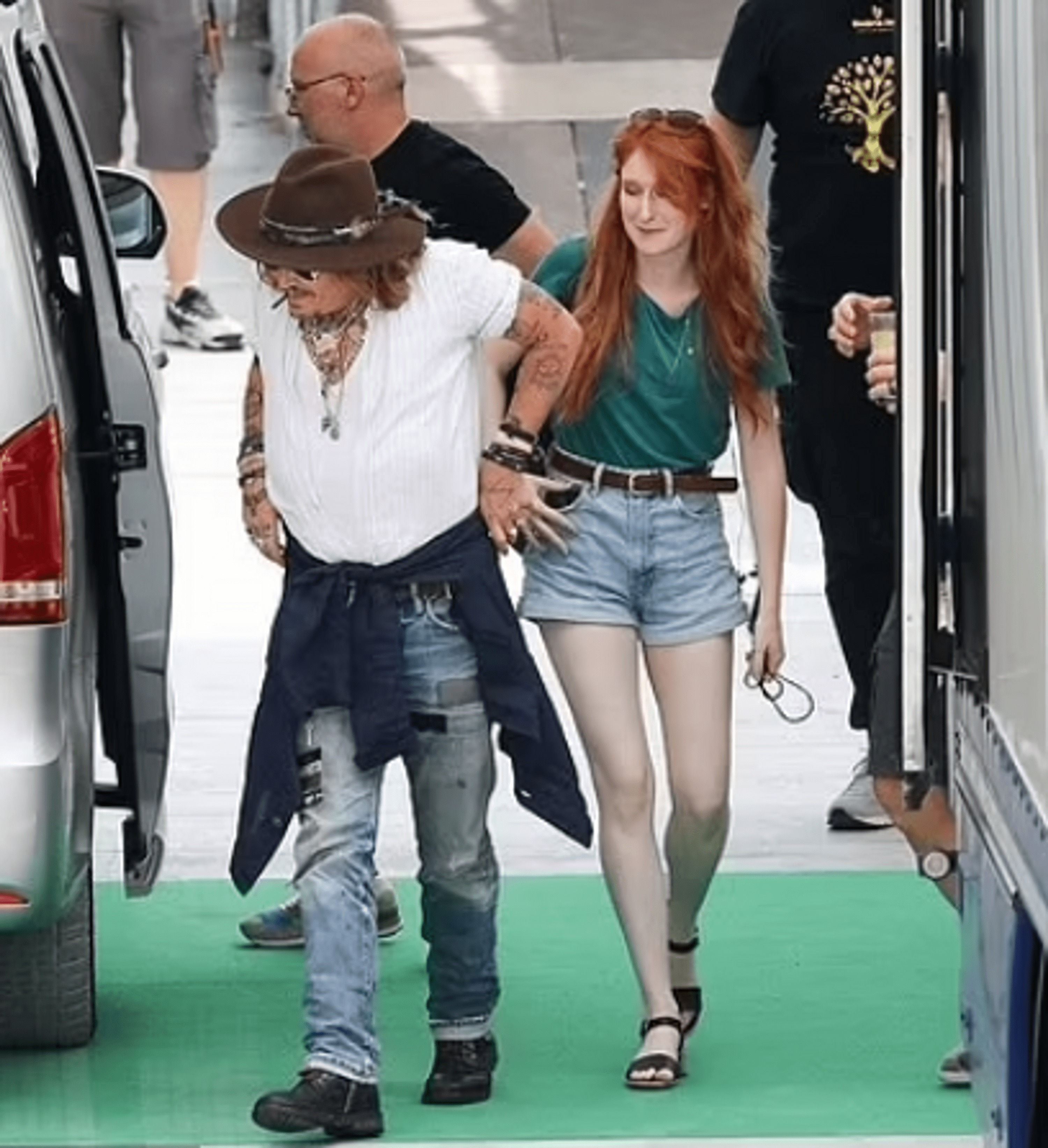 As a seasoned rocker taking part in the Umbria Jazz Festival, Johnny Depp came to a rehearsal at the Santa Juliana stadium yesterday in the presence of an unidentified red-haired woman.

The 59-year-old star was laughing sometimes and cracking jokes with a new lover, which caught the attention of reporters.

A white T-shirt, blue torn jeans, a brown hat, glasses, and a variety of chains, rings, and wristbands were Johnny’s go-to outfit choices for the soundcheck trip.

His enigmatic partner looked stunning in a green T-shirt that complemented her fiery head of hair and denim shorts that displayed her long, slim legs.

The actor went to the Brufani Hotel, where the red-haired girl also stayed, following the practice, as per sources of the Perugia occasion.

In a previous post, In a recent photograph, Johnny Depp is seen leaving for one of Paris’ airports. He wore black jeans, a shirt, a light brown suede jacket with fringes, rugged boots, and a broad brown hat with little red-chestnut pigtails peeking out.

The actor’s visage was devoid of the mustache and beard that fans are accustomed to seeing. The actor traveled to Paris to practice scenes for a movie in which he will portray King Louis XV, as per E! News.

In the meantime, the hair is conveniently concealed during wig fitting by being braided. After a five-year absence and following his victory in the legal battle with his ex-wife Amber Heard, who had alleged him of domestic abuse, Johnny will now resume his cinematic career.

Additionally, according to the website Poptopic, Depp is in discussions with Disney about playing Captain Jack Sparrow in the “Pirates of the Caribbean” sequel. According to rumors, the actor is willing to pay $300 million for the right to repeat the role.

He wasn’t the one. Ilia Isorelys Paulino, known to fans as Lila on Sex Lives of College Girls, was sad when her costar Gavin Leatherwood...

Open up the average men’s wallet, and odds are you’ll find a heap of stuff that doesn’t really need to be there. We’re...

The 33-year-old Kravitz and the 42-year-old Tatum were seen strolling through New York City...