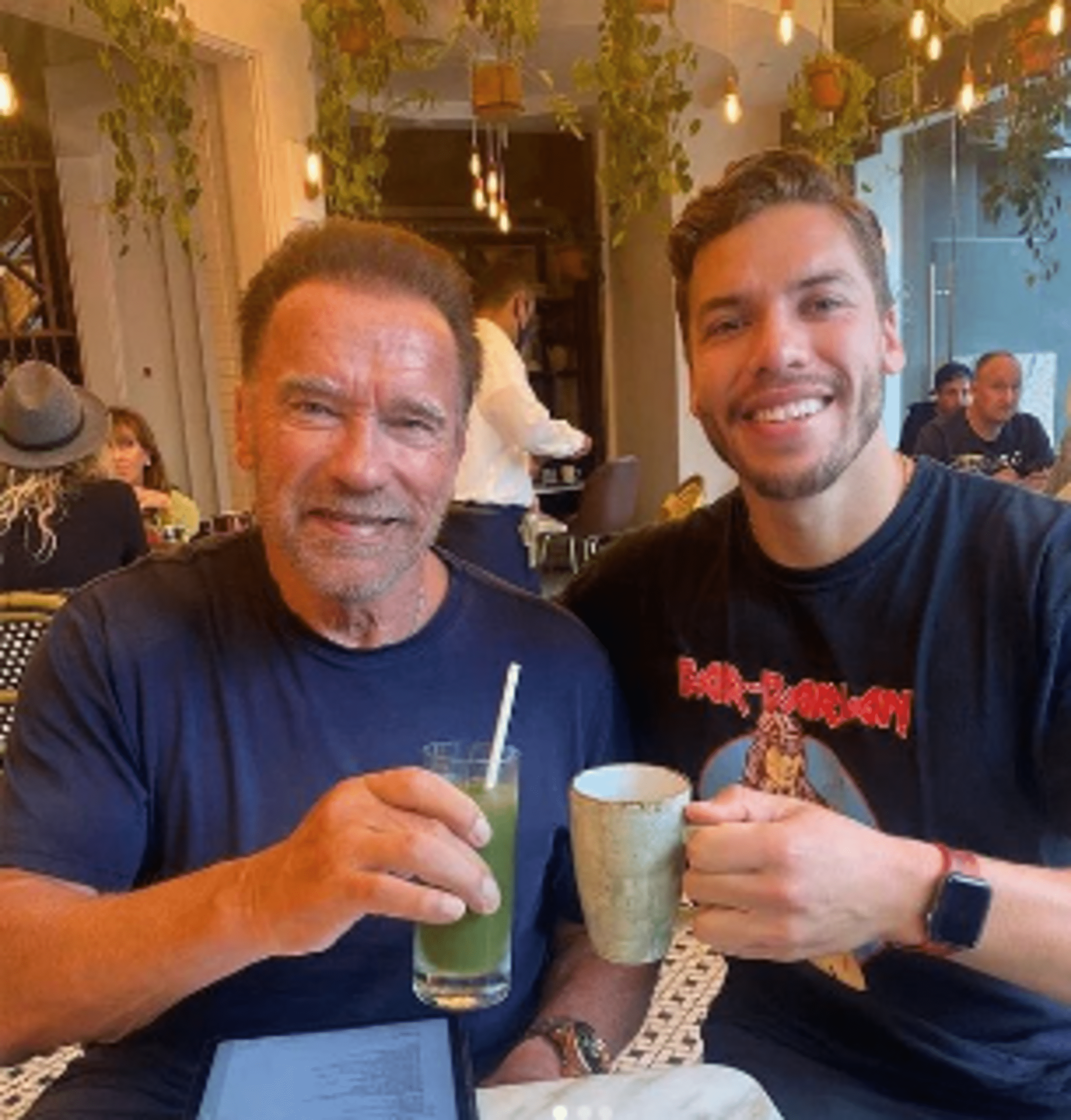 Because Joseph Baena was channeling his famous father, Arnold Schwarzenegger, for his performance on Dancing With the Stars on Disney+ Night, he didn’t have to look very far for inspiration.

The fitness model and his professional partner, Daniella Karagach, performed a Hercules-themed Charleston in the ballroom on Monday night. Baena stepped into the role of Hercules, which his father famed depicted in the film Hercules in New York, which was released in 1970. Karagach was Baena’s pro partner.

In an interview with Page Six that took place after the event, Baena, who is 25 years old, stated that he and Schwarzenegger, who is 75 years old, had a good chuckle about the idea before the show began.

This week I recalled that he did Hercules in New York,’ so he’s done everything, Baena said, adding that he’d be totally down to make a live-action Hercules picture himself someday.

It was so much joy to get that connection, especially because he played in that movie. He went on to say that we discussed it, and we even laughed about it. It was one of his early films, and it is unlikely that he now holds it in high regard. But, on the other hand, because this was one of my favorite dances, I was looking forward to it.

Arnold Schwarzenegger made his debut in the acting world with the film Hercules in New York, directed by Arthur Allan Seidelman. Arnold Stang and Deborah Loomis also starred in the fantasy comedy picture, playing the roles of Pretzie and Helen, respectively.

The judges, Len Goodman, Carrie Ann Inaba, Derek Hough, and Bruno Tonioli, gave Baena and Karagach a total score of 28 out of 40 points for their Hercules routine. Karagach made his long-awaited return to the ballroom for the performance, which he had been forced to skip owing to COVID-19, which had kept him away for the previous two weeks.

Who says skin care needs to stop the second you’re out the door? Certainly not Justin Bieber, who was recently spotted sporting...

While she was directing and acting in Don't Worry Darling, Olivia Wilde ...

When Taylor Swift was trying out for a part in the film adaption of Les Miserables in 2012, she was up against one...

People with high emotional intelligence seem to make better decisions than almost everyone else. How do they do it?There's a simple answer. But...