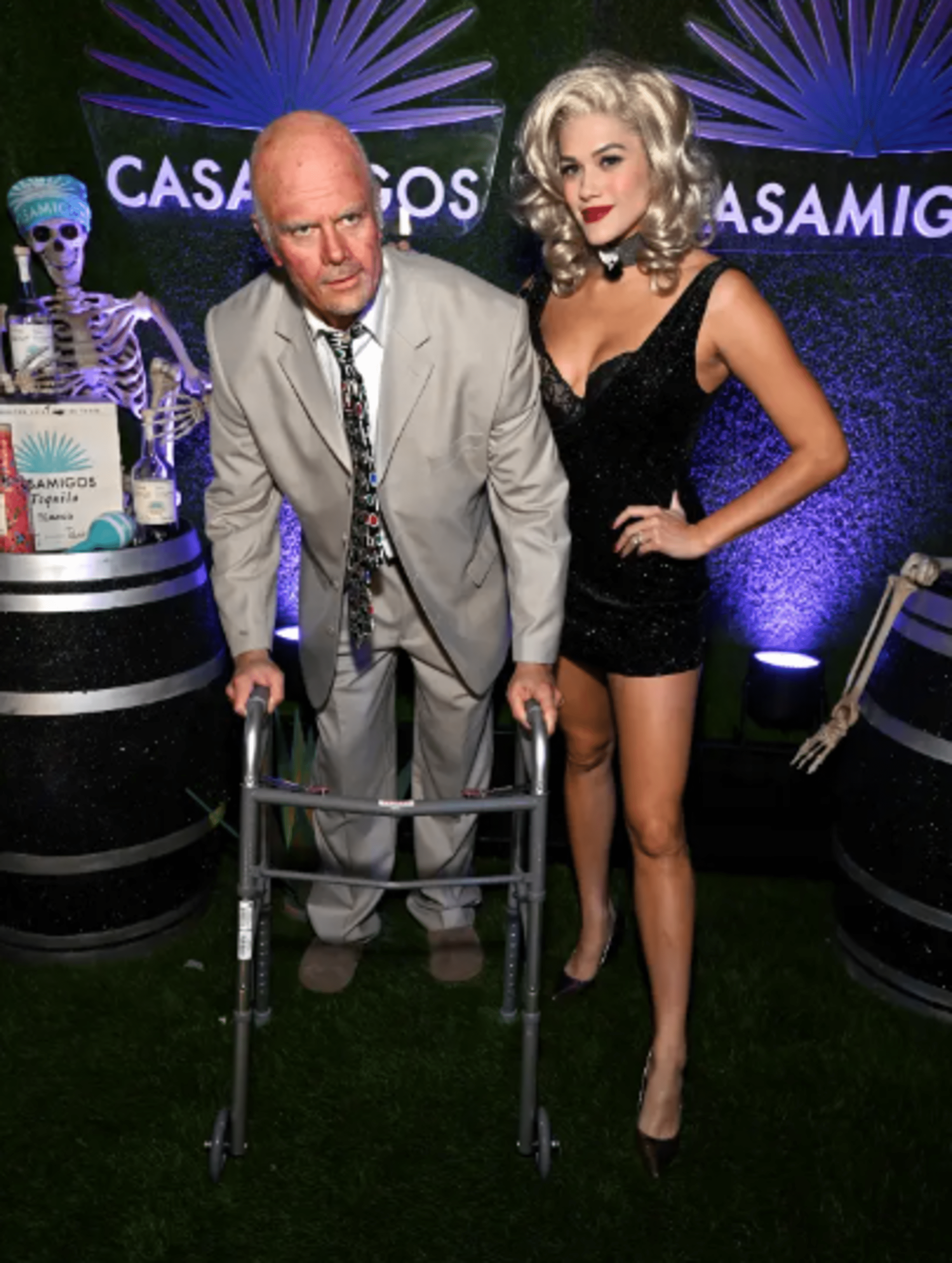 Josh Duhamel, 49 years old, and Audra Mari, 28 years old, dressed up as a humorous pair for Halloween to respond to those questioning their age difference. While at the Casamigos Halloween party in Beverly Hills, California, on Friday night, the couples dressed up as the late Anna Nicole Smith and her husband, J. Howard Marshall.

Mari was a dead ringer for the famous Playboy model, who was just 26 years old when she married her then-89-year-old oil millionaire husband while wearing a magnificent black dress and having abundant blonde hair. Mari looked precisely like the Playboy model.

The woman who had previously held the title of Miss World America accented her look with dramatic red lipstick, black chokers, and towering silver shoes.

The brown hair on Duhamel’s head was concealed by a bald cap with tufts of white hair. The pair of beige slippers he wore was the last touch on the epic costume.

Duhamel has made light of the age difference between him and Mari before. However, in a recent interview on The Kelly Clarkson Show, the actor remembered that shortly after their wedding, he went to the emergency room for treatment of a back ailment that he had sustained.

Duhamel, who was previously married to Fergie, stated that the following day, after the wedding, he “can not get out of bed again.” He also mentioned that his new wife was frightened and said, “Oh my God.” Here, there is not a single thing wrong. I feel like I just got married yesterday, but I am pushing my disabled spouse around in a wheelchair.

Porsha Williams makes her fans and followers happy with a video featuring...

59-year-old Johnny Depp was spotted in a new image when he was...

From her well-known mother, Leni Klum acquired only the best. As a result, she made the same decision to pursue a modeling career...

Like many, I can drink cappuccinos all day long (and well into the night). Unfortunately, caffeine doesn’t go all that great when it’s...