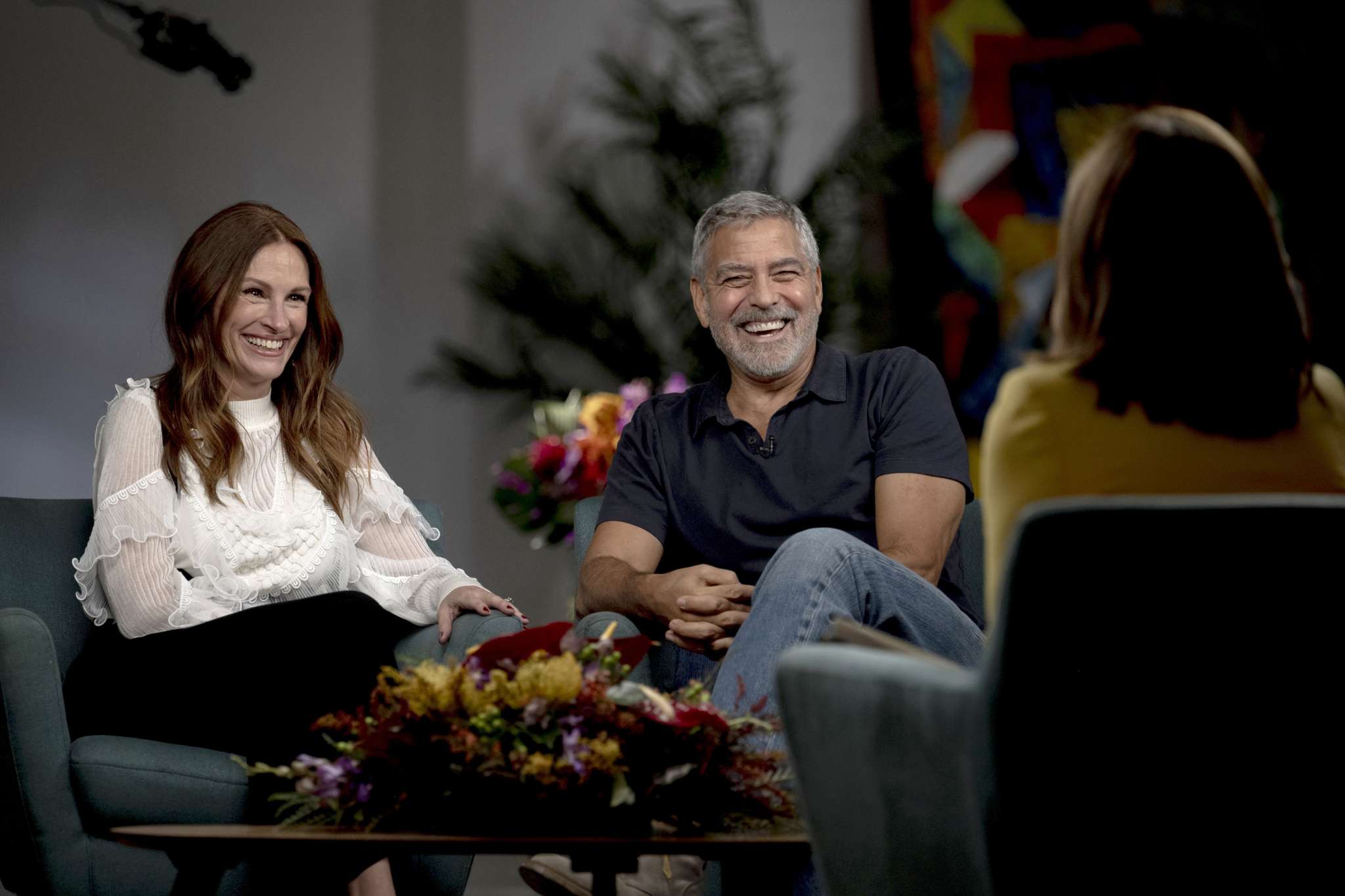 George Clooney and Julia Roberts are going to be starring in an upcoming film together called Ticket to Paradise. The two will be playing a divorced couple who come together to stop their daughter from repeating the same mistakes that they made 25 years ago, as she is about to get married herself.

The film will be adding to an already long catalog that George Clooney and Julia Roberts share together. The two have been repeatedly acting alongside one another since the early 2000s. They have been together in movies such as 2001′s “Ocean’s Eleven,” 2002′s “Confessions of a Dangerous Mind,” 2004′s “Ocean’s Twelve” and 2016′s “Money Monster.”

So much time spent together has led to a really strong bond between the two, which has somehow remained platonic throughout the years and never evolved into anything more.

As the two sat down for an interview with Access Hollywood for the movie, the question came up as to whether they specifically had a strict no-dating rule back in the day.

“Did you ever have a ‘no dating’ policy back in the day?” was the question asked and Julia Roberts answered it while letting out a little laugh, “To not date each other?” I don’t think we needed to state it.”

Clooney added, “Julia was always in a relationship, or I was in a relationship. And we were fast friends right away. So it was nothing, but it’s been nothing but fun for us. So, I don’t think that was ever really a thing.”

George Clooney is married to Human Rights lawyer Amal Clooney. The couple tied the knot in 2014. Meanwhile, Julia Roberts is married to cinematographer Danny Moder. They said their I Dos back in 2002 and share 3 children together.

Julia went on to joke that even the thought of dating George makes her abdominally upset and then proceeded to mimic vomiting as George pretended to flirt with her.

Ticket to Paradise will be hitting cinemas on the 21st of October.

A model family! Kate Upton and Justin Verlander certainly hit a home run with their family of three. The couple, who tied the knot...

The Fashion Design Council of India and Lakme Fashion Week’s joint fashion week will return with two editions in 2023. The spring edition...

US Holiday Sales to Slow as Inflation Tests Consumer Resilience

US holiday sales are expected to rise at a slower pace this year, a trade group said on Thursday, at a time when...

The parent business of Parler, Parlement Technologies, issued a release on Monday expressing their...