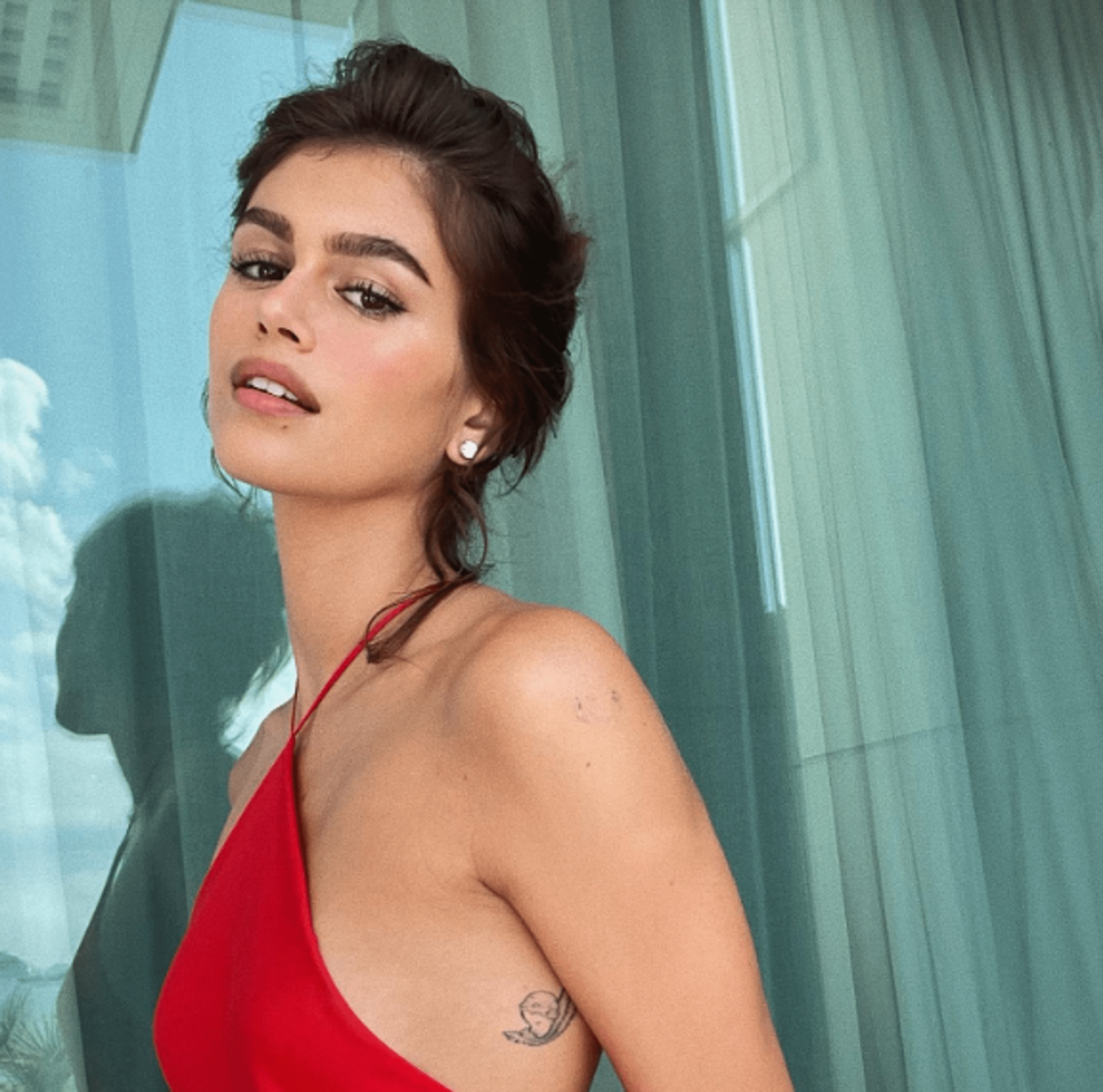 While many on the wave of the return of the trends of the nineties and zero remember how to pluck their eyebrows with tweezers, this beauty still has no idea how to do it. On the contrary, in spite of fashion, the wayward Kaia intends to further increase her natural wealth in volume. So far, it’s working out great.

This year, Kaia Gerber flew to the Cannes Film Festival not alone but with her new boyfriend, the talented 30-year-old actor Austin Butler , who plays Elvis in the film of the same name by Baz Luhrmann. The newly-made couple turned out to be at the event, not only one of the most beautiful but also, perhaps, the most expressive.

On the red carpet of the festival, the 20-year-old top model in a red Celine dress was, as always, gorgeous. Even cynical paparazzi were touched by watching Kaia Gerber and Austin passionately kissing, not paying attention to the stellar crowd around. However, there were also those who, without being distracted by romance, carefully analyzed the fresh look of Cindy Crawford’s daughter. They paid attention to the details – from the lack of jewelry (diamond studs, modest by star standards, do not count) and a careless bun to the eyebrows of a young lady.

Surprisingly, Bella Hadid’s skinny brow trend, which has swept the celebrity-fashion crowd, seems to be absolutely unimpressive to Kaia Gerber. At shows and filming, she even agrees to completely discolor them (which she has already done more than once), but she does not allow anyone to correct them. Almost no one. “Mom told me, ‘Don’t do something you’ll regret later. It had an effect on me.” Still, we believe that Crawford can be convincing, especially since she took care of her own eyebrows, thanks to which, even today, she makes many people envy their healthy density. A few years ago, Kaia told People magazine that during her school years, her mother even allowed her to get a “stupid” haircut, but she was adamant about taming her eyebrows.

The largest cryptocurrency, bitcoin, topped $25,000 on Sunday for the first time since June, with data on Bitstamp’s exchange hitting $25,050, the highest...

There's a time when Tom Hanks didn't have the fame and fortune that he does today. He's told of the time he had...

Midnights, Taylor Swift’s Latest Album, Has Fans Ecstatic With Anticipation To Hear About 13 Sleepless Nights Throughout Her Life

The fans of Taylor Swift have remained loyal to her throughout her...