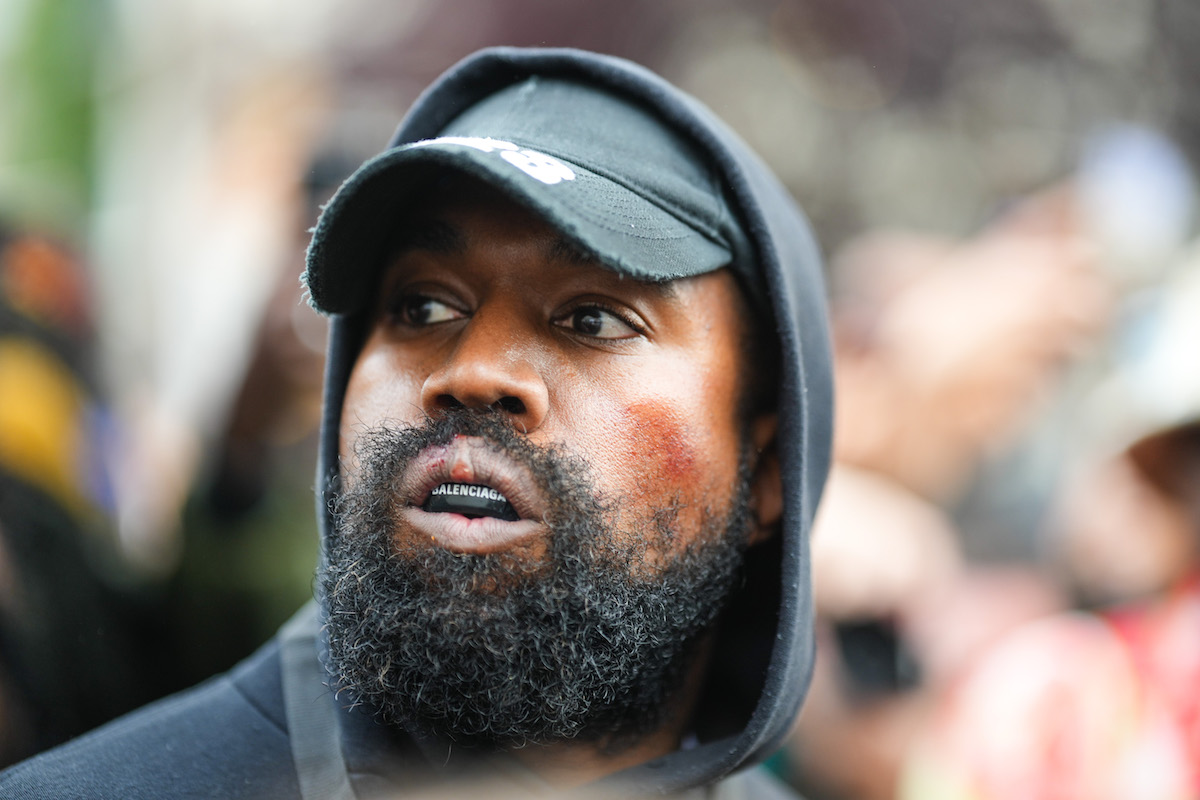 Kanye West is known for his unexplainable social media antics and the rapper shows no signs of stopping. His antics have gotten particularly worse ever since his divorce from his ex-wife Kim Kardashian but they were never very mellow, to begin with.

In the latest, Kanye took to Instagram to post a picture of a screenshot of Kylie’s post from the Balenciaga show during Paris Fashion Week, and in the caption, Kanye admitted to having a crush on Kylie’s best friend, Anastasia Karanikolaou.

The caption of the post that has since been deleted or archived read as follows:

“OK OK OK I’LL ADMIT I GOT JOHAN TO SNEAK ANASTASIA VICTORIA AND CARTER INTO THE BALENCIAGA SHOW. AND YES THE WHOLE WORLD KNOWS I GOT A CRUSH ON STAS BUT VICTORIA IS DOPE TOO.”

The Balenciaga show during the Paris Fashion Week was the first time that Kanye hit the runway himself. It was a particularly unique show and fitting that it would be the one where Kanye would make his runway debut. The runway at the show was covered in mud and sludge. Kanye was supported by his daughter North who was sitting front row to watch her dad,

Although Kanye’s claims that he snuck in Anastasia seem baseless as she was seen posing for professional pictures before the show which indicates that she was a formally invited guest.

Kanye’s social media is filled with crazy all-caps captions matched with screenshots that seem to go after anyone that he can. One of his posts recently seemed to go after Drake as the caption read, DRAKE A F**K YA BABY MAMA’S MAMA THAT’S REAL WAR.”

Kanye has even taken to social media to call Khloe Kardashian and her entire family liars, at one point he had a display picture of Kris Jenner’s face, and the list of crazy unexplainable actions goes on and on and it does not seem like the musician is going to stop any time soon.

Brazil’s Natura & Co Holding SA said on Thursday its board is not considering a spinoff of its Aesop cosmetics brand or the...

Electric car manufacturer Tesla (TSLA) announced it earned a profit of $64 million from the sale of 75% of its BTC holdings, despite...

​Fashion is a cyclical exercise. In the 60 years of the CFDA, styles from days gone by have been reinvented too many times...